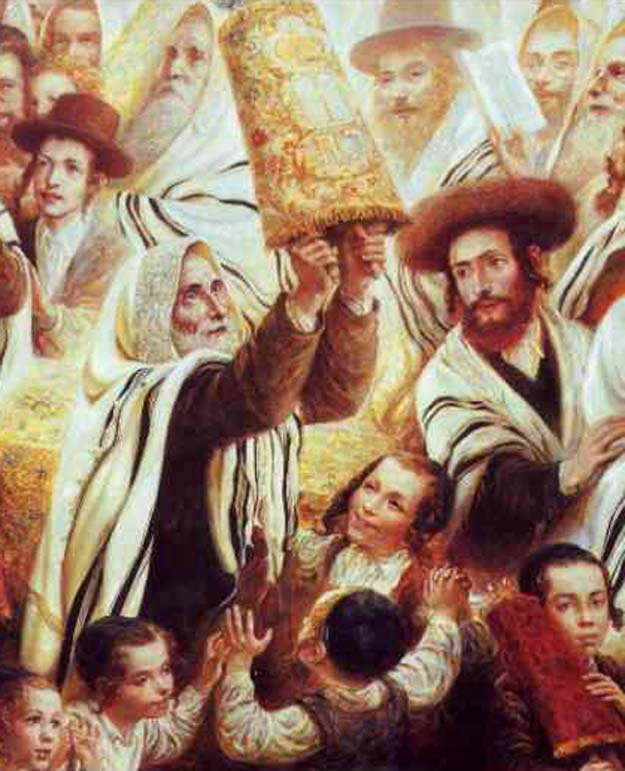 If you've ever wondered what Judaism is, here is a list of its principle beliefs. This is not not an official list, but these beliefs have been widely held by religious Jews for thousands of years.

As for my background, I have taught Judaism all of my life including two years as a member of the Brooklyn College Department of Judaic Studies; written two books and hundreds of articles on Judaism; and written two volumes — Genesis and Exodus — of a projected five-volume commentary on the Torah (called "The Rational Bible").

I am publishing this list because fewer and fewer Jews know anything about Judaism, and because many non-Jews understandably but erroneously identify Judaism with what most Jews believe.

I. There is one universal G od.

This G od is the Creator of the world and the G od of all humanity.

a) Incorporeal (not physical): All matter comes to an end.

b) Eternal: All matter has a beginning and an end. But G od exists outside of time.

c) Outside of nature: G od is not in nature. And nature is not divine.

d) Personal: G od knows each of us.

V. G od's primary demand is that people be good.

Therefore, right behavior matters more than intentions and even more than faith.

VI. There is an afterlife — G od rewards the good and punishes the bad.

If good people and bad people have the same fate, there is either no G od or a G od that is not just.

VII. Though there is an afterlife, G od wants us to be preoccupied with this life.

VIII. Reward in the afterlife ("heaven") is available to all good people, not just good Jews.

Therefore, evil comes primarily from within the human being, not from external causes, such as poverty.

Therefore, the most important task of society must be to make good people, which is Judaism's primary task.


X. All people are created in the image of G od.

Therefore, the most important distinction among human beings is not their race, religion, nationality, class or sex; it is their behavior. In the words of Viktor Frankl, "There are only two races, the decent and the indecent."

Therefore, human life is sacred and animal life is not (though we are forbidden from inflicting gratuitous suffering on animals).

Therefore, there is no purpose to nature without man to appreciate and (responsibly) use it.

XII. The Jews are the Chosen People, chosen to bring mankind to the G od of the Torah and to the Ten Commandments (but not necessarily to Judaism).

Chosenness has, therefore, never meant that the Jews are better than anyone else. Indeed, the Torah and the entire Hebrew Bible go out of their way to depict the Jews as flawed.

XIII. The Torah is from G od.

XIV. Judaism, too, has a trinity: G od, Torah and Israel (meaning Jewish peoplehood and the Land of Israel).

The removal of any one of them is no longer Judaism. It would be as if the Father, the Son or the Holy Spirit were removed from Christianity.

Judaism cannot survive denial of either as a divine event. They are to Judaism what the crucifixion and resurrection are to Christianity.

XVI. Judaism is a religion of distinctions.

b) Good and evil.

XVII. Judaism can ennoble anyone.

Therefore, any non-Jew is welcome to embrace Judaism and become a member of the Jewish people. But no one needs to become a Jew to be saved.