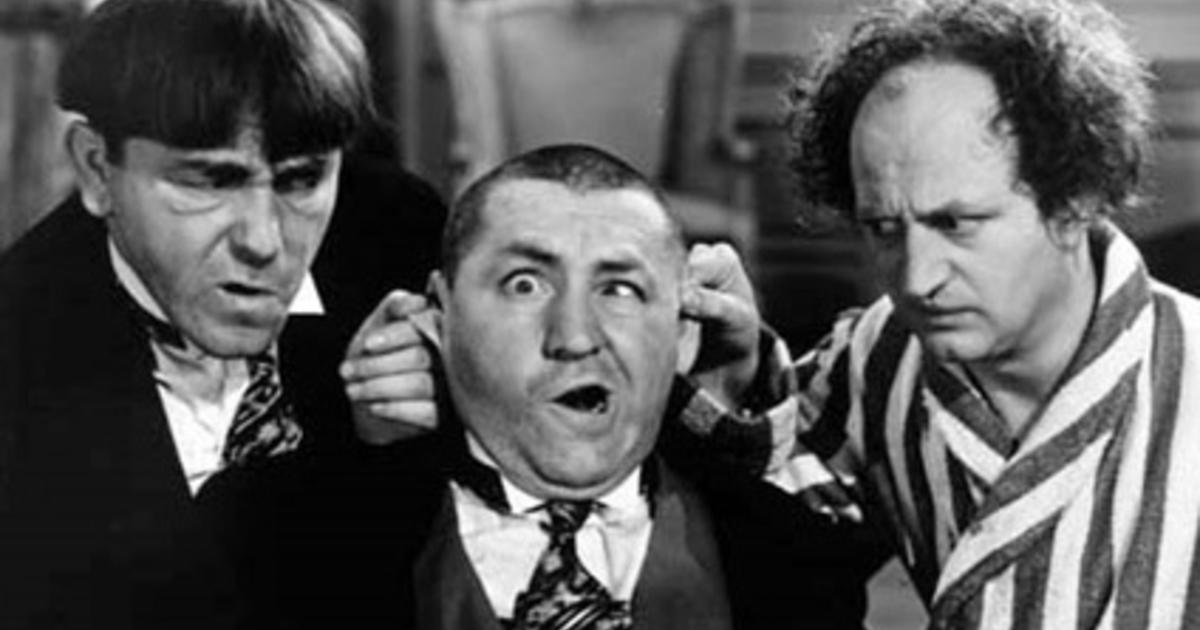 In the minds of some, President Donald Trump has been well summed up by Alec Baldwin's satirical portrayals of him on "Saturday Night Live." But watch out because, during a congressional hearing this past Wednesday, we had the Three Stooges summing up the Democratic henchmen trying to impeach him.

Maybe it was unintended, but there were these three liberal law professors at a congressional hearing making a case against Trump that was like gouging eyes, falling down, catching pants on fire and other riotous slapstick.

All of this was supposed to be serious, you know. It was part of a process in which Democratic House members are saying that Trump, in an effort to benefit his re-election in 2020, told the president of Ukraine that he would not deliver promised military aid in its conflict with Russia unless he announced an investigation into Vice President Joe Biden's possible corruption.

None of this comes close to being factually demonstrated. And even if it had been, much of it would not be any worse than what presidents have done before and would dubiously meet the constitutional criteria for impeachment: treason, bribery or other high crimes and misdemeanors.

There has to be a crime. I lean more than a little on retired Harvard law professor Al Dershowitz on this, but it also happens that I can read. And so I have opened the Constitution and read what it says, namely all the above. And then I listened to the three, anti-Trump law professors whose credentials might have led you to believe them to be superior, balanced intellects if they had refused to say anything.

They had been chosen by Democratic members of the House to analyze whether there was a solid impeachment case against Trump; they said there was, but had no trustworthy grip on an identifiable crime.

Instead we were told about "abuse of office" as a deciding factor, as if most president had not in one way or another at some time or another abused the office, although, you could maybe argue that they had not. And therein lies a problem, because as Dershowitz has reminded us, the Founders did not want iffy, slippery criteria for impeachment, the kind of stuff a majority party in Congress could grab hold of again and again.

Such loose ideas — and a number of others were mentioned — could lead to endless impeachment attempts and essentially squeeze the presidency to a speck on the Oval Office floor.

So there, with that somersault, the three judges gave their audience a reason to laugh at the lack of substance behind something that could be really abusive to our democracy, but that was barely the beginning. The other problem was that there were no facts, just assumptions, inferences, interpretations and judgments on policies in the case against Trump.


For instance, Trump asked the Ukrainian president for a favor in seeking out the investigation of Biden, and one witness, Pamela Karlan, said when a president asks for a "favor," he doesn't means "favor," but that he is going to punish you by denying you something if you don't comply. I am wondering if there are any dictionary companies out there now considering her as an editor. As others pointed out, if we are going to get to the point in our judgments of guilt and innocence of saying facts do not matter, we are in trouble.

Perhaps Trump was looking ahead to the 2020 election in that phone call, but we don't know it. What we do know is that he had a perfect right to withhold aid based on concerns about corruption, that the Ukrainian company Biden's son worked for has been considered corrupt by anyone knowing anything about it and that it got off the hook after Biden's billion-dollar deal.

We also know that Ukraine got the military aid with nothing in return, that the Ukrainian president denied any pressure, that we still haven't heard from the whistleblower who started all of this, that many of our betters in Washington have been after Trump from the day he was elected and that here and there stooges have given them a hand.