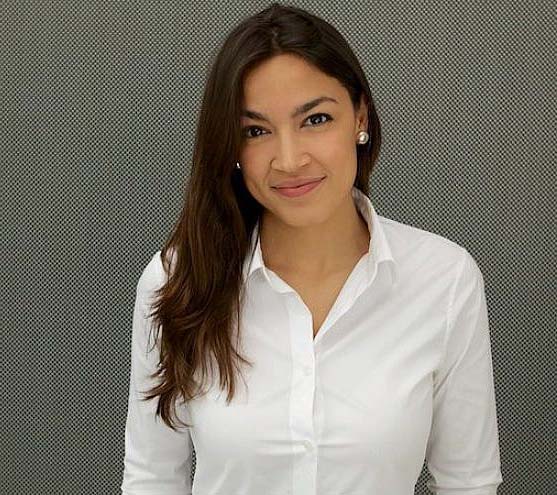 At a time when DNA tests are a national craze, as well as source of political controversy, we shouldn't be surprised about claims of Jewish identity from anyone.

But when they come from someone as controversial as Alexandria Ocasio-Cortez, the expressions of joy and dismay about her possible connection to the tribe were predictably partisan and downright foolish.

The incoming member of Congress from Queens, N.Y., made headlines when she told those in attendance at a synagogue Hanukkah party in her district over the weekend that "a very, very long time ago, generations and generations ago, my family consisted of Sephardic Jews."

As she explained, the people of her native Puerto Rico are descendants of many different strains of immigrants, including those Jews who fled Spain in the 15th century. Within her family's collective memory is some sense of having been descended at least partly from such Jews.

Those who already liked the young Democratic Socialist, who has become the rock star of her party, were thrilled that she could be claimed as part of the family. On the other hand, Jews who dislike her leftist politics were disgusted. It was a rerun of what happened when House Speaker Paul Ryan found out that his DNA was 3 percent Ashkenazi Jewish during historian Henry Louis Gates's "Finding Your Roots" PBS TV program. Liberal Jews responded to that item with nasty partisan abuse, as well as declarations that he wasn't wanted. Ocasio-Cortez's detractors were quick to use the same sort of invective.

But those who accused her of attempting to steal Jewish identity weren't being fair. This is unlike the antics of fellow Democrat Massachusetts Sen. Elizabeth Warren, who attempted to back up her claims of Native American identity with a DNA test that showed that, at best, she was 1/64th descended from either the Cherokee or Delaware tribes. Ocasio-Cortez wasn't pretending to be Jewish or trying to show that DNA was identity, let alone to justify using it for personal advancement as the senator allegedly did when she claimed to be the first "woman of color" to be named a professor at Harvard Law School.

Attacks on her for mentioning her Catholic family's memories of their partial Jewish past were inappropriate. We know that 20 centuries of post-exile persecution has resulted in many branches falling away from the Jewish ancestral tree, so her story is hardly uncommon. It is also a heartening sign of the times that prominent non-Jews are proud about their Jewish roots, rather than — as would have been the case in the not-so-distant past — feel shame about it.

The tenuous connections between her family, or that of Ryan and any long-lost Jewish ancestors, are merely intellectual curiosities. Still, two aspects of the issue are worth some comment.

One is the danger that someone with some claims to Jewish identity will use it selectively in order to justify taking a stand against Israel. Over the decades, we've seen that happen with a number of writers or politicians who have few ties to their Jewish heritage, yet trot it out as a credential that enables them to express anger, embarrassment or outrage about the conflict in the Middle East.

The "not in my name" meme in which Jews who know next to nothing about Israel and its geopolitical dilemmas seek to disassociate themselves from Israelis fighting for their lives is despicable. If Ocasio-Cortez were ever to use such a rhetorical device to justify siding with her close allies — incoming House Reps. Ilhan Omar and Rashida Tlaib — who are supporters of the anti-Semitic BDS movement that seeks Israel's destruction, that would be outrageous.

Yet there's another more serious argument to be addressed. It's the theme sounded in the Forward after the latest Ocasio-Cortez story broke — that the Socialist politician is actually more authentically Jewish because of her politics than conservative or Zionist Jews.


Part of this mindset is the notion that modern American political liberalism and Judaism are interchangeable. It's more than just an old joke to say that many American Jews conceive of their faith as more or less the Democratic Party platform with holidays thrown in. While it's an insult to Judaism to conceive of it as nothing more than an elaborate theological justification for partisan politics, it's also true that many American Jews see their faith as determining their votes. In that sense, there are Jews who see American Jewish conservatives or supporters of the government of Israeli Prime Minister Benjamin Netanyahu as representing a point of view that is alien to their conception of what it means to be Jewish.

More troubling is the idea that a loose sense of identity in which a multicultural frame of reference about the world — as opposed to a strictly Jewish one — is more representative of the way young Jews think today. Given the demographic implosion of non-Orthodox Jews in the United States, it is hardly surprising that some Jews think this way, but the consequences in terms of a decline in a sense of Jewish peoplehood are obvious and serious. If we begin to worship inclusion and diversity to the point where Jewish parochialism and nationalism, even in its most benign forms, are rejected as illiberal, then we will be part of a community that stands for nothing and is incapable of sustaining itself.

The real tragedy is that too many young Jews see Jewish observance or Zionism as antithetical to their progressive political views. If we get to the point where Ocasio-Cortez's sensibilities about Israel or those of others on the left who might falsely regard Zionism as a form of racism because it contradicts their intersectional beliefs are accepted as legitimate Jewish perspectives, that will be a disaster. If such views are seen as more authentically Jewish than that of a typical Israeli or an affiliated Jew, then we will have arrived at a point where Jewish identity in this country for all too many of us will be nothing more than a meaningless percentage on a DNA test.