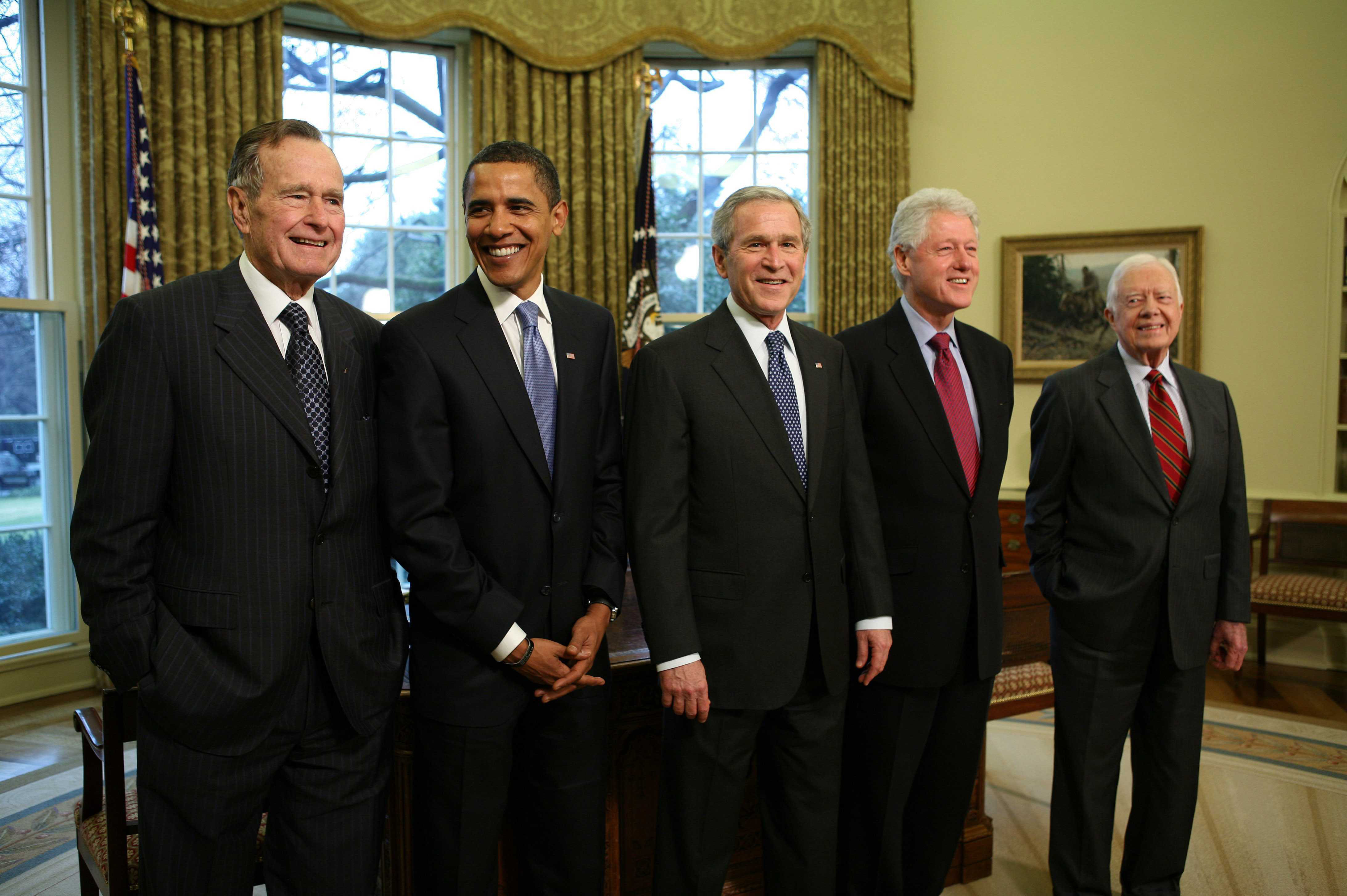 Former President recently continued his series of public broadsides against his successor, President .

Obama's charges are paradoxical. On one hand, Obama seems to believe that he, rather than Trump, should be credited with the current economic boom and the emergence of as the world's largest energy producer. But Obama also has charged that Trump's policies are pernicious and failing.

Obama certainly forgets the old rule: Presidents, fairly or not, get both credit and blame for everything that happens on their watch, from to the last hour of their tenures -- even when wars abroad, technological breakthroughs, natural disasters and market collapses have nothing to do with their governance.

Trump ran on the promise of a "Make America Great Again" economic renaissance. He pledged massive deregulation, fair rather than free trade, and tax reform and reduction.

Trump jawboned against outsourcing and offshoring, and praised rather than lectured private enterprise. He sought to reindustrialize the Midwest and promised to open new federal land to fossil fuel production, complete proposed pipelines, and lift burdensome restrictions on fracking and horizontal drilling.


In contrast, Obama had argued that the could never drill itself out of oil shortages. He advocated making the use of coal so expensive that it would disappear as an American energy resource. Renewable energy sources such as wind and solar were Obama's vision of an America energy future.

As late as last year, , director of the for two years during the Obama administration, ridiculed Trump's boasts that he could achieve annualized GDP growth of 3 percent as the stuff of "tooth fairies and ludicrous supply-side economics."

Summers had also predicted that the economy would be in recession by now. Instead, it is likely to match or exceed Trump's promise of 3 percent growth over a 12-month period.

After Trump's victory, economist and Obama supporter predicted that the stock market would crash and might "never" recover. "We are very probably looking at a global recession, with no end in sight," Krugman wrote in .

In fact, the Dow Jones Industrial Average has climbed about 7,000 points since Trump was elected. Unemployment has hit near-record lows, wage gains are up, and the economy is growing.

Still, after 22 months, no one knows what the final verdict will be on the Trump administration. So it seems wise to wait until Trump's four-year term is over before weighing in on his legacy or lack of one.

By the same token, the frenetic Obama should take a deep breath, stop arguing the past, and allow history to adjudicate his own eight-year economic and foreign-policy record.

Given that Obama was a strong progressive while Trump surprisingly has proven to be a hard-right conservative, their presidencies offer a sort of laboratory of contrasting worldviews.

History will decide whether a more managed or more deregulated economy works best. We will learn whether a focus on traditional energy sources is preferable to an emphasis on subsidized green energy.

In recent times, Republican ex-presidents -- , and -- left the limelight upon the end of their tenures. They kept silent about their successors, and they allowed history to be the judge of their relative successes or failures. Reagan and the younger Bush often were ensconced on their ranches in out-of-the-way places. Obama would do well to buy a ranch, too.

In contrast, progressive ex-presidents such as , and Obama saw the presidency as a sort of never-ending story. Politics were a 24/7, 360-degree, all-encompassing experience. All envisioned their retirements as opportunities to relitigate their administrations and to politick the present in hopes that future kindred presidencies would be progressive and would continue their own agendas.

Carter frequently warned that the Reagan defense buildup and tough stance toward the were dangerous and would lead to an existential confrontation.

Clinton became a fierce critic of the Iraq War as his wife Hillary prepared to enter the 2008 presidential race as an anti-Bush candidate.

Obama still seeks to convince the country that Trump is "unfit" to be president.

After the recent passing of , there are now four living ex-presidents: Carter, Clinton, and Obama. There are five living former vice presidents: , , , and .

If all ex-presidents and ex-vice presidents were to weigh in nonstop on the current president and present-day politics, the result would be as chaotic as it would be boring.