The Quagmire of Manipulation 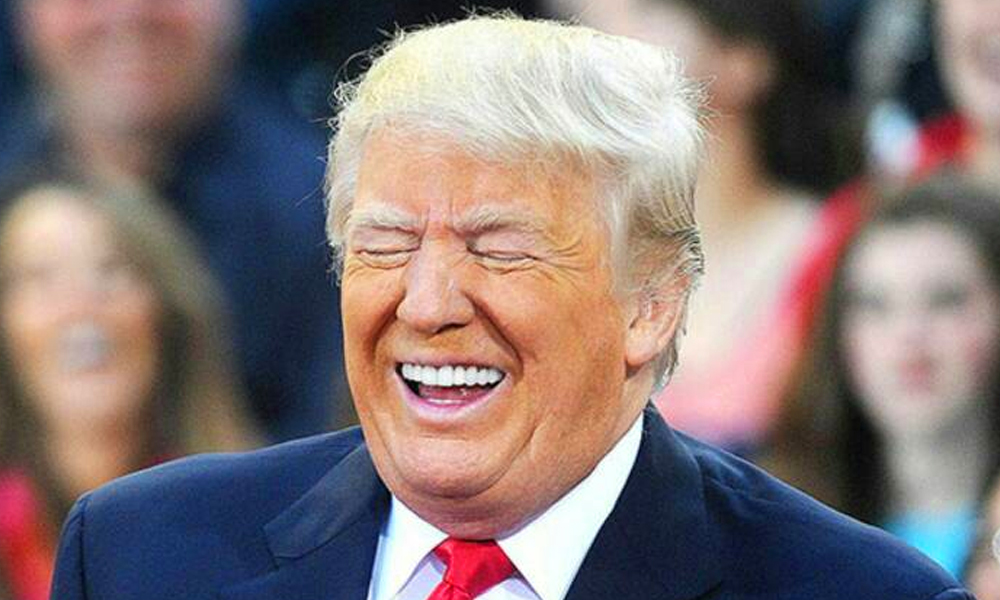 Trump has proven that two can play the game. But is either side correct?

Love him or hate him, you have to admire Donald Trump's genius for manipulating the media. What's even more impressive is the way he's been beating them at their own game.

In his recent book, Win Bigly, Scott Adams deconstructs the president's odyssey of extremist declarations, puerile outbursts, and over-the-top promises. The renowned cartoonist of Dilbert fame convincingly reframes the Trump campaign and presidency, not as the random escapades of a cartoonish narcissist but as the calculated strategy of a smooth and savvy operator.

According to this thesis, Mr. Trump's rhetoric calling for building a wall, mass deportations of illegal immigrants, and banning Muslims -- together with his warning of ISIS in the Vatican and his torrent of adolescent tweets -- have all been pieces of a prearranged puzzle. One can argue the extent to which he advocated these positions or intended to implement them. What seems clear is that Mr. Trump anticipated exactly how incendiary they would sound, how violently his detractors would react to them, and how staking out extreme starting positions would give him room to negotiate later on.

How could he not have sucked all the air out of the country by sparking dual conflagrations of nationalist celebration and liberal outrage?

How exactly did this help Donald Trump? Because the constant repetition of his ideas gradually drained them of their shock value while systematically embedding them in the country's collective consciousness.

The more we hear something -- anything -- the more familiar it becomes and, proportionately, the less frightening. At the same time, the very outrageousness of his early proposals allowed him to walk them back and thereby appear more reasonable by moderating his positions.

He even colored his hair more blonde and tinted his skin less orange.

In short, Mr. Trump played the media like a virtuoso, conscripting their irreflective aid as they blasted his name and image across the country. With their cooperation, the electorate gradually got used to the idea of an otherwise unthinkable candidate and voted him into office.

But the media should have known better. Because they have been doing the same thing themselves for decades.

Since the 1970s, the news media and the entertainment industry have been allies in the transformation of American culture. The family-based values of the post-World War II generation did not suit the progressives who envisioned a country free from traditional conventions and unfettered by social stigma.

And so filmmakers brought us movies like Brokeback Mountain, the gay-cowboy saga that, predictably, garnered a slew of Oscar nominations. The television studios showed us clever children running circles around their clueless parents in The Simpsons, and brought a gay couple front and center in American homes with Will and Grace.

During those years, Americans grew increasingly accustomed to the withering of traditional roles, as young people were indoctrinated into the new normal and their conservative elders were worn down by the relentless force of cultural inertia.

None of this was accidental. And whether you think it has been good or bad for the country, it succeeded with ruthless effectiveness.

But what took the media decades to achieve, Donald Trump accomplished in 18 months.

But here's the real problem.

As power players become more sophisticated at manipulating the public, we slip further and further into an Orwellian future where truth becomes expendable, morality becomes relative, and civility becomes an anachronism.

As a culture, we have never believed in victory at any cost. That's why there's a Geneva Convention for warfare, compliance standards for business, and sportsmanship recognition on the athletic field. But nowhere is moral conduct more critical than among our leaders.

Be a tail among lions rather than a head among foxes, teaches the Talmud. Good leaders benefit all who follow them by raising the standard of personal conduct. But one who attracts followers with fox-like craftiness by appealing to the darker side of human nature will inevitably leave chaos in his wake.

Every community rests on a foundation of civility and ethics, a foundation that needs constant reinforcement to remain steadfast. But when a society is overtaken by the politics of personal ideology and personal power, the most solid foundation can be eroded in no time at all.

The art of dealing is a given in the jungle of the boardroom. In the halls of government and the chambers of civic discourse, the diplomacy of character, discipline, and nobility is the only formula for lasting success.