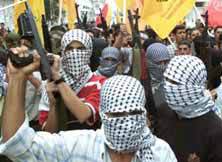 A year ago, when members of Donald Trump's transition team first said they intended to move the U.S. Embassy to Jerusalem, I was skeptical. Like most of the foreign policy establishment, not to mention America's Arab and European allies, I thought such a move was too risky.

You will see that argument a lot today. Israel needs U.S. help in strengthening its blossoming relationships with Arab states that were once its foes. Why risk straining those ties with a largely symbolic move?

I have since changed my mind. There are a few reasons.

To start, that column came out right before the outgoing administration broke precedent and abstained from a U.N. Security Council resolution that said all of East Jerusalem was effectively occupied territory. This would mean any Israeli construction within the disputed territory was a violation of international law. Barack Obama's parting gift to the Palestinians made U.S. recognition of Jerusalem as Israel's capital more urgent.

But what really changed my mind was this summer's metal detector uprising. Here's what happened: Israeli Arabs began a rampage near the mosque that sits atop the Temple Mount, an area that contains the remains of the outer wall of the Second Jewish Temple at its base and al Aqsa Mosque on top. The gunmen then fled into the esplanade around the mosque and began firing back at Israeli police officers from within the holy compound.

What happened next was both tragic and cynical.

While Palestinian leader Mahmoud Abbas condemned the terrorists, his political party, Fatah, also called for "days of rage." Was this in response to the gunmen at al Aqsa? No, it was because Israeli authorities sought to place metal detectors at al-Aqsa compound following a horrific shooting. This was after Israeli police found weapons stored in the mosque compound.

The traditional way to understand this episode is that it proves how much of a tinderbox the Jerusalem issue is. Don't pour gasoline on burning embers. Already Palestinians in Gaza have begun "days of rage" in protest of Trump's decision. The Organization of the Islamic Conference called Trump's plan to recognize Jerusalem an act of "naked aggression." The State Department has warned recognition will bring violence.

But official American neutrality on Jerusalem has not stopped Palestinian leaders from exercising a riot veto before. Indeed, neutrality has created a moral hazard.

Just look at the conditions that led to the Second Intifada in 2000. The official justification for that uprising was the visit by Ariel Sharon, before his election as prime minister, to the Temple Mount. But that was a pretext. As Palestinian Media Watch has documented, Yasser Arafat, the late Palestinian leader, had already planned the Second Intifada, after the final round of Oslo negotiations under President Bill Clinton collapsed, weeks before Sharon's visit to the Temple Mount. As the Palestinian Authority's former communications minister, Imad Faluji, said in a private speech in December 2000: "Whoever thinks that the Intifadah started because of the hated Sharon's visit to Al-Aqsa Mosque is mistaken. That was only the straw breaking the Palestinian people's patience. This Intifadah was already planned since the President returned from the recent talks at Camp David."

So what was America's reaction to all of this? In Clinton's final months in office, the official line from the U.S. government was for both sides to ease tensions, as he frantically tried to restart the collapsed peace negotiations. Under Clinton's successor, George W. Bush, the position was pretty much the same. It was not until 2002, when the U.S. discovered a shipment of weapons from Iran to the Palestinian Authority, that Bush decided to cut Arafat off and call for new elections.

This however did not stop the Bush administration from continuing to work the peace process. That same year, Bush became the first American president to call for an independent Palestinian state.

But it does show that Western sensitivity on Jerusalem has allowed Palestinian leaders to weaponize the issue. Palestinians are fed a steady stream of propaganda about the danger to Jerusalem. Even Abbas, who has authorized cooperation with the Israel Defense Forces in the West Bank, has given speeches warning about Jewish plans to alter al-Aqsa and Jerusalem. All the while, Western leaders in particular have continued to call on both sides to negotiate. And that's the real danger of sticking to the policy of Jerusalem neutrality. It feeds a Palestinian illusion: With enough patience and rage, one day the Jews will be evicted from their eternal capital. That's not going to happen. And as more and more Arab states come to rely on Israel in the regional war against Iran and its proxies, this fact is becoming more visible to the rest of the region. Under Trump's predecessor, Obama aides used to say they were giving Israel tough love. They said a real friend won't allow Israel to keep expanding settlements when eventually there needs to be a two-state solution. Trump is doing something like this for the Palestinians. A real friend won't allow Palestinian leaders to keep promising to liberate a city that is the capital of its peace partner. That straight talk should not be the end of peace talks, but the beginning.