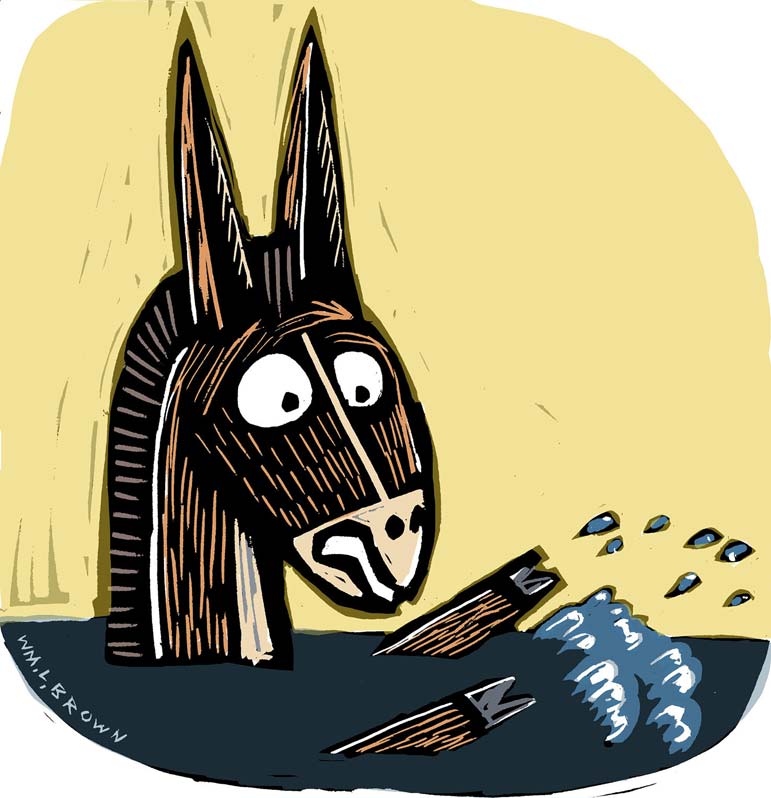 Effective immediately, Americans can take a concrete step to save this country: Stop voting Democrat.

From the West Wing to the west coast, the Democrat Party has devolved into a clear and present danger to this Republic. It is virtually impossible to identify a realm in which Democrats are wreaking anything but havoc, division, and devastation.

The "border:" A nation without boundaries is merely square mileage. In just nine months, Biden and cheerleading Democrats have erased President Donald J. Trump's largely sealed southern frontier and converted it into a Welcome Center for All.

Between February 1 and September 30, on Democrat watch, Customs and Border Protection encountered 1,438,236 illegal aliens — up 391 percent in one year. Democrats bus and jet these foreign invaders into the interior, many to Democrat-run sanctuary cities, from which even violent criminal convicts are shielded from deportation.

Inflation: Year-on-year inflation is 5.4 percent, a 30-year high. Prices are soaring across the board, largely due to Democrats' spending addiction and its attendant pummeling of the dollar's value.

Energy independence: Trump turned America into a net oil exporter in December 2018 for the first time since 1943. Biden drop-kicked that accomplishment into the Potomac. On Inauguration Day, he killed the Keystone XL pipeline. He has choked off drilling permits and vilified oil and companies. Motorists are just the first to pay for this idiocy, as regular-gas prices climbed under Biden, from $2.37 to $3.40 per gallon â€“ up 43 percent, a seven-year high.

Education: Democrats like New York Mayor Bill de Blasio scrap gifted programs in the name of "equity," since they consider black and Hispanic children too dumb to challenge, tutor, and otherwise educate.

In Loudon County, Virginia, Democrat school officials covered up the rape of a ninth-grade girl in a high-school bathroom by a boy in a dress. They transferred him to another high school, where he raped again. When the girl's father tried to complain to the school board, cops threw him to the ground and arrested him.

Race relations: Since the Civil Rights Movement, Americans — white, black, brown, red, and yellow — seemed to get along, or at least tried to. Mellowing racial attitudes culminated in Obama's election as President.

Since then, Democrats have deployed the 1619 Project to denounce America as a white supremacist juggernaut. Meanwhile, Critical Race Theory condemns all whites as oppressive bigots and condescends blacks as benighted victims. CRT reinforces racial stereotypes and pounds them into public policy.

Totalitarianism: Biden's Justice Department announced that it would use the FBI and the Patriot Act to probe and prosecute pesky parents as "domestic terrorists." How dare they speak at school-board meetings?

Governor Gavin Newsom (D â€“ California) ordered toy-stores to sell gender-neutral items for gender-fluid children. Really? Has any US store ever been compelled to offer any product? If Safeway suddenly decided to stop selling bacon and eggs, it could do so. When did toy stores lose that freedom?

Against this backdrop of holistic failure, why would anyone vote Democrat? Old habits die hard. When one's grandparents, parents, and one's own ballots all backed Democrats, it can be tough to desist. But, as the saying goes, doing the same thing repeatedly and expecting different results defines insanity.

Nevertheless, the time is now: Save America. Stop voting Democrat.