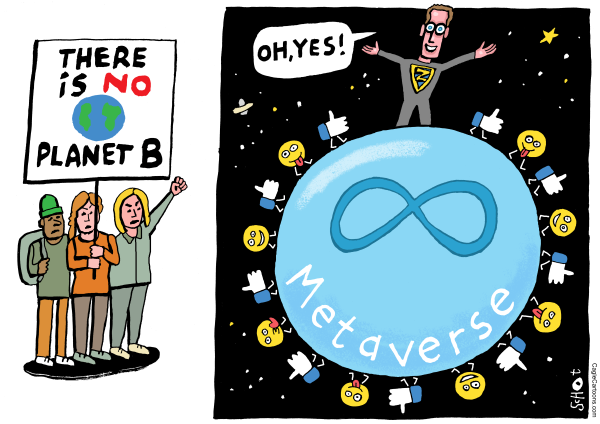 Earlier this year, a Gallup Poll showed that, for the first time in eight decades, fewer than half of U.S. adults belong to a church, synagogue or mosque. The phrase "losing our religion" has become an American mantra.

Coincidentally, I've spent the last week traveling the country promoting a new novel that imagines what would happen if a lifeboat full of castaways found a man in the ocean who claimed to be God. Even though they've been crying out for help, with no food or water, the passengers are still skeptical — sometimes even mocking — when the stranger says he can save them if they all believe he's telling the truth.

There's a cynicism toward faith that has been growing for decades. Most priests, pastors, rabbis and imams will tell you drawing congregants is an increasing struggle.

But a closer look at the Gallup results is illuminating. Between 1937 (when they started taking the poll) and 1999, the number of Americans belonging to a house of worship only fluctuated slightly, from 73% to 70%.

Yet since the turn of this century, the number has dropped to 47%.

So what's happened in the last 20 years to cut religious attendance so dramatically? It should be obvious. The internet. Social media. People living, breathing — and expressing their belief systems — in the digital world.

Who needs a church? You can tweet out an opinion and instantly get an amen chorus. You don't even have to change out of your pajamas, much less put on your Sunday best.

Preaching our own sermons

Scientists have already noted this trend. A study from the Olin College of Engineering found the rise of the internet has correlated with the drop in religious affiliation. A 2017 Scientific American article predicted that "Nones" — people who identify with no religion — were growing steadily and would surpass Catholics in the U.S. by 2020.

Some now predict that within 10 years, the Nones will be larger than any religious affiliation in this country.

Calling out the devil used to be the work of fiery clergymen. But today, behind our keyboards and our two-thumbed iPhone typing, we own a pulpit to attack those with different values. We deliver our own sermons. Politics have become our religion. Identity has become our dogma.

We haven't stopped believing in things. Oh, no. We believe in things more fervently than ever. So much so, that we demonize those who differ with us. We shame people for the slightest mistake. We cancel people the way churches once excommunicated sinners. We howl with indignation at anyone who disagrees on race, gender, vaccines or how we educate our kids.

Most of this is done through social media or TV. We preach. We scold.

We are shedding religion, yet we are acting more righteous than ever.

What happens when the power goes out?

But there's a big difference between self-righteous and righteous. The latter is doing the right thing when no one is looking. The former is saying you're right when everyone is looking.

The seduction — and danger — of the internet is the power it offers our self-righteousness. You virtue-posture, you get immediate gratification. You put someone down for not being enlightened, you get a thousand "likes." You offer "thoughts and prayers" with a few keystrokes, and little hearts appear, confirming your goodness.

But note: All of these things are self-oriented.They're all about us. A higher power never comes into the equation. But the concept of something bigger than us is central to most faiths. A divine force that governs the universe.

In the religion of social media, the internet IS the universe. And the goal is to get as large a presence as possible within it.

It's not an accident that the largest percentage of those claiming no religious affiliation today are young. Or that their heroes, the technology icons, give little credit to a higher power. These folks exist in a community of flat screens. Attendance is virtual. There are no prayers or hymns, no shaking hands at the end of a service or wishing peace to a neighbor.

G od doesn't fit inside an iPhone. But I can attest, being much closer to the end of my life than the beginning, and having seen so many people leave this earth, that in our most dire moments, in the operating rooms, the burning buildings or the echoes of flying bullets, the digital community offers no comfort, and our politics offer no protection. Who do we cry out to for help then? Twitter?

At some point, we all must decide if the search for answers stops with us or goes beyond us. I called the book I wrote "The Stranger in the Lifeboat" because for many of the passengers, the idea of a divine power is strange and hard to accept. By the end, some of them change their minds.

That's in a novel. In the real world, I wonder how long it will even be a question.