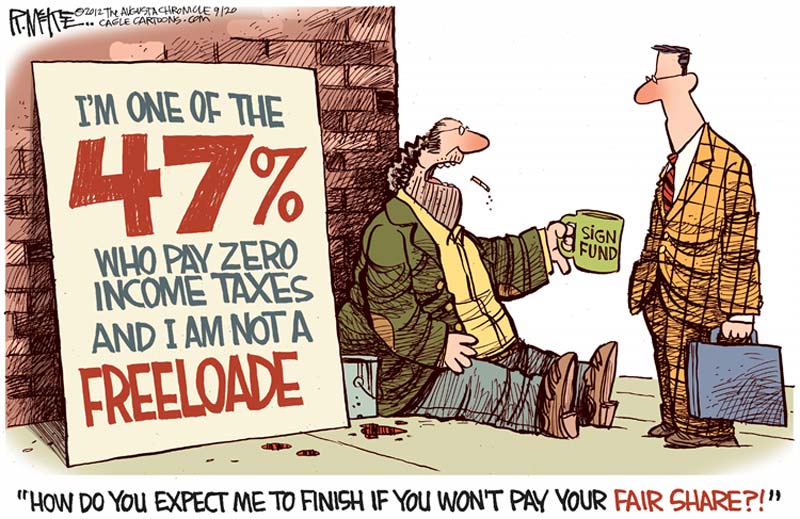 Local restaurants struggle to compete, but their tax burden makes that hard.

"We basically pay one-third of our rent in taxes!" complains Matt West, manager of Koon Thai Restaurant. "Yale is a money-making machine."

It is. Many colleges are.

Yet, these schools also get government handouts and tax breaks.

Yale owns about a quarter of the town of New Haven, Connecticut, but the school pays little property tax. It even has a golf course that's half tax-exempt.

Politicians tried to tax the school, but they cannot.

"It's written into the constitution," complains New Haven Board of Alders President Tyisha Walker-Myers. "They just don't have to pay."

Now the city is ticketing more cars to try to cover its budget shortfall.

Everyone else pays more because colleges get tax breaks, government grants, and government loans.

I push back: "You make it sound like it's all government money. But people pay their own way."

She corrects me: "Without that lifeblood of those federal student loans, very few universities would be able to operate. They are dependent on that federal interference."

They're dependent because they've raised their prices so much. When I went to college, my tuition was $1,950. Now, Princeton charges $53,890.

They spend the money not just on golf courses and fancy foods. They build new stadiums, first-class swimming pools, media rooms and some even offer students housekeeping.

Why not spend? Colleges know they will get more money from taxpayers. The federal government is now America's biggest largest provider of student aid.

"There is no check on the cost of a college degree," says Stepman. "If students had to walk into Wells Fargo for those loans, Wells Fargo would look at whether or not those loans would be paid back. The federal government doesn't ask any of those questions."

So, money is thrown at students who don't benefit. Today, almost half the students given loans don't graduate in six years.

Colleges say they deserve every loan and tax break because they make "wiser citizens."

"They're not," says Stepman. "They're making citizens who hate their country."

I push back again. "Most colleges educate rather than indoctrinate."

"I wish that were true," replies Stepman. "I was part of the College Republicans... registering voters. I actually had a professor walk up and spit on me. Another called us the 'Nazi Youth.' These are professors!"

"It's offensive," she adds, "that we take dollars out of mechanics' pockets and put them into the pockets of, largely, middle-class and upper-middle-class students."

But that's what America does.

Unfortunately, our next president wants to do even more of it.