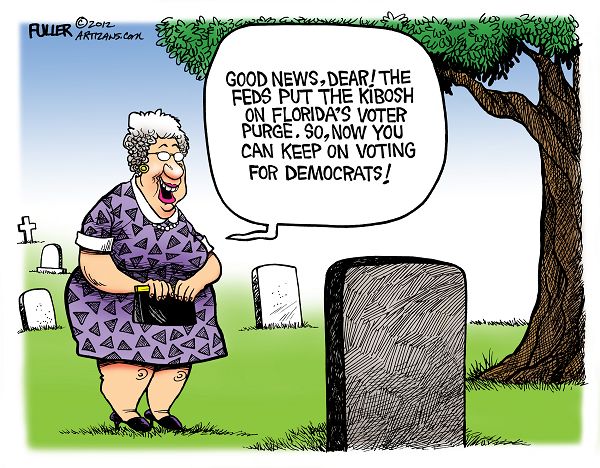 President Donald J. Trump’s tireless foes are trivializing or ignoring his and his supporters’ suspicions that Joe Biden’s backers stole the White House from them.

Fortunately for Trump and his fans, numerous current and former attorneys general contend that vote fraud and irregularities have sullied or even spoiled this election.

They concur, at least, that these charges have weight and deserve examination.

"I authorize you to pursue substantial allegations of voting and vote tabulation irregularities prior to the certification of elections in your jurisdictions in certain cases, as I have already done in specific instances," Barr informed U.S. attorneys by memo Monday. "Such inquiries and reviews may be conducted if there are clear and apparently-credible allegations of irregularities that, if true, could potentially impact the outcome of a federal election in an individual State."

"First, it created a post-election window of time during which nefarious actors could wait and see whether the Presidential election would be close and whether perpetrating fraud in Pennsylvania would be worthwhile," these 11 AGs argued in a U.S. Supreme Court amicus curiae brief.

"Second, it enhanced the opportunities for fraud by mandating, in a cursory footnote, that late ballots must be counted even when they are not postmarked or have no legible postmark, and thus there is no evidence they were mailed by Election Day. This decision created needless vulnerability to actual fraud and undermined public confidence in a Presidential election." The AGs added that, to guarantee free and fair elections, "We must ensure that every legal vote is counted and every illegal vote is not."

•Also in Pennsylvania, Secretary of State Kathy Boockvar announced at 8:38 p.m. on election eve that county officials could return erroneous ballots, let voters fix mistakes, and then re-submit these "cured" ballots. In urban counties, Democratic campaign staffers and volunteers contacted voters to make these corrections. This barely happened, if at all, in GOP-heavy rural counties.

Making such a decree less than four hours before Election Day is as unfair as a ninth-inning rules change during World Series Game Seven.

"These series of disturbing actions disenfranchise all Pennsylvanians who voted properly and especially those in counties which followed the rules and did not adopt this illegal practice," said former Attorney General Phill Kline, R-Kan., Director of The Amistad Project. This public-interest law firm reckons at least 10,000 such ballots were rectified and re-deposited — violating Pennsylvania Election Code Section 3146.8.

"We’ve spoken to A.I. and computer-vision experts on this, and they have told us that the registrar reduced the signature-verification standard to 40 percent," Laxalt explained. Thus, signatures on mail-in ballot envelopes could conflict with on-file signatures by 60% and still be valid.

"This machine requires a 200-DPI setting to match the signature on the envelope and the signature on the voter file. We know, from court as well, that the photos in the Nevada system are well below this 200 . . . The fact of the matter is, we have not been able to look at these signatures," Laxalt added. "They created this new mail-in system where 600-plus thousand votes have had no scrutiny whatsoever."

"We have produced dead voters," Laxalt continued. "We’ve also produced over 3,000 people that moved out of Las Vegas this year and still voted in this election."

"What I observed immediately was that the secrecy of the ballot was not being respected," Larsen stated. "Instead, the second official at the table where I was observing was repeatedly placing her fingers into the secrecy sleeve to separate the envelope and visually peek into the envelopes in a way that would allow her to visually observe the ballot and identify some of the votes cast by the voter." Larsen also had "concerns that some ballots were being marked as ‘problem ballots’ based on who the person had voted for rather than on any legitimate concern about the ability to count and process the ballot appropriately."


Larsen attested that he watched ballots being processed via computer. "The first ballot scanned came in as a match to an eligible voter. But the next several ballots that were scanned did not match any eligible voter in the poll book," Larsen swore under penalty of perjury.

"From my observation of the computer screen, the voters were certainly not in the official poll book. Moreover, this appeared to be the case for the majority of the voters whose ballots I had personally observed being scanned."

Is there fire beneath this smoke?

If so, will it cremate the media’s nearly unanimous coronation of Joe Biden as president-elect? Only weeks of recounts, audits, and lawsuits will tell. But as these 15 current and former top prosecutors cough and wheeze through these acrid fumes, Hate Trump, Inc. should stop calling the air pure.