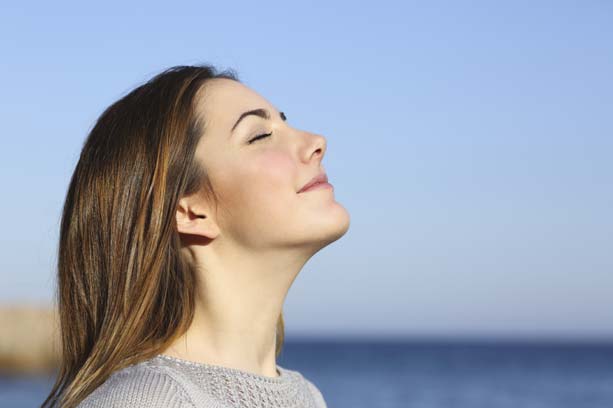 The midterm elections are less than a week away, and predictions are changing daily. Nate Silver at FiveThirtyEight predicts that Democrats will take the House but not the Senate. MyBookie says the odds are better that Republicans will keep control of both. Some Democratic optimists are still hoping for a bicameral #BlueWave.

Voter turnout is extraordinarily high, setting records and even exceeding what's more typically seen in presidential election years. What seems to be driving it is passion — and ire.

Although great turnout is to be hoped for in every election, this level of public anger is not. Flipping between traditional broadcast and social media sites feels like a pingpong game of accusations. "Traditional" media blames President Donald Trump and Republicans for everything from the negative "tone" of public discourse to the mass murders at the Tree of Life synagogue in Pittsburgh earlier this week. Republicans fire back, pointing to over 600 threats or actual incidents of violence (Breitbart is keeping a tally) by Democrats against Trump supporters, going back to before the 2016 presidential election. Every day brings some fresh outrage. Republicans are incensed by Democrats' treatment of Supreme Court nominee (now Associate Justice) Brett Kavanaugh. Democrats are infuriated that Trump plans to deny thousands of Central American migrants entry to the U.S.

Although "politics ain't beanbag," as the saying goes, no one can point to precisely when or why it got this bad. And there are even fewer attempts to offer solutions.

To my way of thinking, one of the reasons why passions have become so inflamed around matters involving the federal government (presidential and congressional elections, and federal court nominations) is because so much is at stake.

Too much. We have, over the years, given the federal government far too much power. And this is a bipartisan phenomenon.

The only branch of the federal government that should be making policy is Congress. We elect our representatives every two years, our senators every six years, and — in theory — we the voters can remove them if they don't please us.

But sometimes Congress is passive. Or deadlocked. Or there's insufficient political will to make tough legislative decisions. So other branches have picked up the slack. President Barack Obama, for example, took it upon himself to do by executive order on immigration what Congress would not do. But those who applauded Obama's initiative are far less enthusiastic at the prospect of Trump rewriting laws via executive order. The battle for the presidency thus becomes one of all-consuming importance when it's a matter of whose pen and whose phone will be used to change the law.

Ditto for the U.S. Supreme Court. Deeply contentious issues (abortion and gay marriage, to name just two) are often decided there, rather than in Congress or the 50 separate state legislatures. That gives nine individuals a ridiculous amount of power over the entire U.S. population. In fact, since a mere majority of the nine will suffice, it is only five individuals who possess that disproportionate power. Worse, since those 5-4 decisions are often decided by a single swing vote (as we've seen hundreds of times over the past few decades), our inclination to throw tough policy decisions to SCOTUS actually gives one person an absurd amount of power over 325 million people.

No wonder half the country went apoplectic over Brett Kavanaugh's appointment. He's only supposed to be a federal judge. We've made him a god.

But what we have done, we can undo, if we have the gumption.

If the Supreme Court and the White House were not the go-to institutions for monumental policy decisions, the selection of those who inhabit those offices would be fraught with far less significance. Frankly, if even Congress acted less often and our state legislatures (and county boards and city councils) acted more often, all of us would have much closer ties and stronger input in the decision-making processes. This would be a very good thing for the body politic — and our blood pressure.

I don't want to minimize the economic impact of our decision to vest the federal government with more and more power. Looking at one criterion alone — campaign spending — paints a powerful picture of wasted resources.

According to Open Secrets, the top-10 most expensive U.S. Senate races (Texas, Florida, Missouri, New Jersey, Arizona, Indiana, Massachusetts, Wisconsin, Nevada and Ohio) have already spent over $470 million this year — nearly half a billion dollars — just for the campaigns. The 10 most expensive House races have spent over $194 million. That's just 10 congressional districts out of 435.

That kind of money is being spent during every federal election season. Imagine what we could do about health care, housing, education or opioid addiction if we took the hundreds of millions we're spending getting Congress elected and spent it on initiatives that truly benefitted the public?

It's long past time to take back a good deal of the power we've ceded to the federal government. For the sake of our republic, and our sanity.