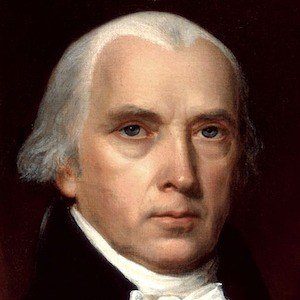 As special counsel Robert Mueller's investigation proceeds, one thing is increasingly clear: If there is a serious congressional effort to impeach President Donald Trump after the midterm elections, it will have to be based not on a general sense that he's doing a bad job, but on something much more specific, like obstruction of justice, abuse of power or subversion of the Constitution itself.

For that we have the Framers to thank or blame -- and one in particular, James Madison. It was he, the lead architect of the document, who spoke out against a more general proposal for impeachment, which would have made the president removable for "maladministration." Madison's reasoning has a lot to tell us about impeachment today -- and about the logic of the Constitution as a legal document.

Let me be clear that setting the exact language for impeachment wasn't the Framers' preoccupation in the hot summer of Philadelphia in 1787, nor was it Madison's. I just published a 773-page biography of Madison, and, having worked on the book for seven years, I didn't think the impeachment discussion was an important enough part of his thinking to make it in.

Yet the exchange between Madison and his fellow Virginian George Mason is nonetheless highly instructive.

To begin with, Mason's proposal to allow removal of the president for maladministration wasn't crazy. Six of the 13 state constitutions made maladministration a ground for removing the executive. And one of those six was Virginia. Mason knew that very well, because he had been the chief designer of the Virginia constitution right after the Revolution, the job Madison was now taking on for the country as a whole.

Madison knew it, too. As a novice politician in his 20s, he had been a member of the state convention that produced the Virginia constitution. Indeed, he established his future career there, impressing the other delegates by proposing language that created greater liberty and equality for the state's religious minorities.

In Philadelphia, as the end of the convention drew near, Madison was taking pains to placate Mason. The older Virginian had begun the summer as a supporter of the Virginia plan that Madison had designed. But his republican skepticism of national government had been building, and now Mason was threatening not to sign the draft that the convention was going to endorse and send to the states for ratification. (In the end, Mason was one of just three delegates who withheld his signature, alongside Edmund Randolph, the governor of Virginia, and Elbridge Gerry of Massachusetts, who would later become Madison's vice president.)

The other reason Mason's suggestion had to be taken seriously was that, as drafted, the proposed constitution provided for impeachment for bribery and treason only. That, as Mason noted, might not be enough. Treason had been narrowly defined, limited to overt acts in aid of a wartime enemy. "Attempts to subvert the Constitution," Mason pointed out presciently, might not count as treason under this definition.

As an example, Mason said, "Hastings is not guilty of treason" -- although by implication he ought to be impeached. This was a reference to Warren Hastings, former governor general of India, who would be tried for impeachment before Parliament from 1788 to 1795, and eventually cleared in the most important and prominent impeachment trial of the era. Mason was speaking in 1787, and Hastings's trial had not yet begun, but the great parliamentarian Edmund Burke had already made clear his intention to try to get Hastings impeached. It is fascinating that Mason was already focused on the Hastings affair -- and apparently ready to see Hastings impeached. Madison's response to Mason's proposal mattered. He told the delegates that "so vague a term" as maladministration "will be equivalent to tenure during pleasure of the Senate."

That was apparently enough to persuade Mason to back down. He immediately proposed substituting "high crimes and misdemeanors" for "maladministration" -- and the proposal passed by a vote of eight states to three. The "high crimes" language came from British practice dating back centuries.

Why did Madison's intervention work? The answer lies in its observation that the vagueness of "maladministration" would normalize impeachment, and thus effectively give the Senate the power to recall a president.

Madison knew Mason was afraid of the power of the Senate, which he feared would become a source of aristocratic rule. Madison himself was also wary of the Senate as it had come to be composed at the convention, because it empowered small states over large ones.

Madison had come to Philadelphia set on creating proportional representation in Congress. True, that helped large states like Virginia, but it was also consistent with the ideal of republicanism. The small states, however, had blocked the plan and gotten equal representation in the Senate.

Thus, Madison was expressing the worry that too loose an impeachment standard would give a small minority of the population disproportionate power over the presidency.

The lessons for today are striking. Impeachment must be treated with high seriousness. It isn't just a recall of a president that Congress doesn't like -- because that would give the Senate too much power over the elected president.

At the same time, genuine presidential wrongdoing -- including a presidential effort to "subvert the Constitution," in Mason's phrase -- counts as a high crime or misdemeanor meriting removal.

Madison's judiciousness and caution in constitutional design have stood us in good stead for more than two centuries. His lessons on impeachment should do the same.