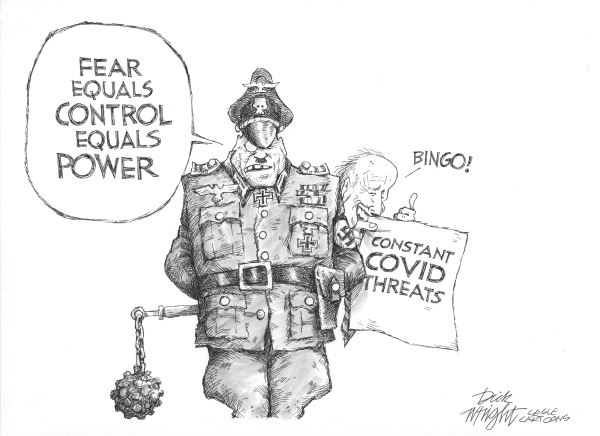 Neal K. Carter, Esq. returned home on Sunday. He lives in Queen Creek, Arizona — about 37 miles from Phoenix, as the Gila monster crawls. Carter visited Springfield, Illinois. And he did not travel the 1,550 miles between PHX and SPI by air. Instead, he went there and back last week by car

Carter, an old friend of mine, an attorney, and a once-and-future Republican candidate for the Arizona State House of Representatives, calls himself "a mask absolutist." He explains:

"Regarding masks, there are only two options: They work. So, if you're wearing one, who cares if I do? Or, they don't. So, why make me wear one?!"

"The whole thing just drives me crazy," Carter says. "We're living in a nightmare. It's all about conditioning people to follow federal rules in the most intimate details of their lives, such as what we wear. I never thought I would see the United States mandate the wearing of an article of clothing, like the Arabs mandate the burka!"

Carter's frustration is thoroughly understandable given the airlines' efforts to convince passengers that every jet cabin is as pristine as a pharmaceutical factory's clean room — outflowing air pressure and all.

UA, with which I have flown 1.2 million miles in reliable comfort, brags that their state-of-the-art HEPA filters circulate air vertically, rather than horizontally, to keep microbes from reaching across the aisle.

"To make it safer for everyone on board, the downward airflow, from ceiling to floor, minimizes the particles spread between rows," a UA video explains.

Even better, UA boasts that its cutting-edge ventilation system removes 99.97 percent of microbes from the air — including COVID-19. Moreover, each plane’s atmosphere is refreshed completely every two to three minutes. "More frequent than standard buildings," UA states via YouTube. The airline also uses electrostatic sprayers and ultraviolet C lights to sanitize its airborne seats, surfaces, and equipment.

Some passengers escape this pointless micro-tyranny through "active eating" — one of this pandemic's ugliest disfigurements of the English language. Relentlessly snacking, like a grazing Guernsey, avoids the absurd spectacle of masking one's mouth "between sips and bites" as in-flight announcements repeatedly and gratingly demand, from departure to arrival. Isn't touching one's face something to avoid until COVID vanishes?

Masks also are increasingly insidious and imbecilic on the ground.

A Justice Department official appeared in a video that circulated widely on Monday. Moments before addressing a press conference, he stood just outside the view of news cameras — or so he thought. He was recorded strapping on his mask. He then approached the podium and removed the same covering that he had donned over his face just seconds earlier! His mask was not a medical device. It was a show-biz prop.

Like tens of millions of Americans, Neal K. Carter has had it with mask theater, backed by the mailed fist of government.