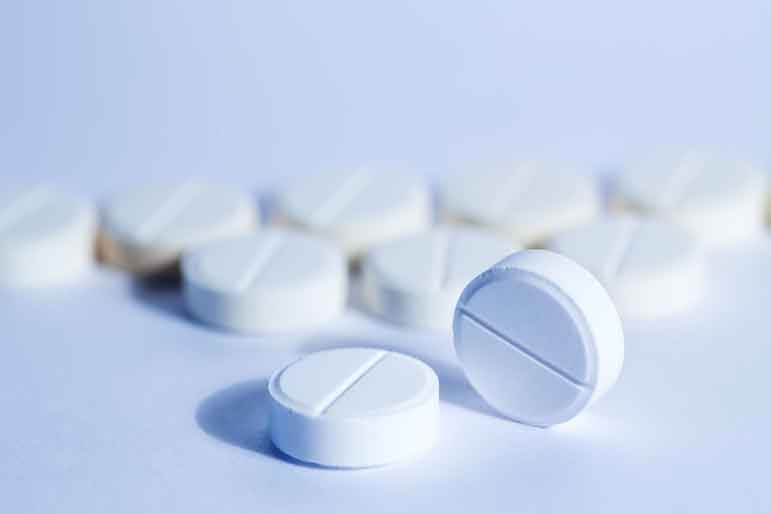 After years of recommending that middle-aged and older Americans consider taking low-dose aspirin to prevent a first heart attack or stroke, an influential medical task force is planning to overhaul its guidelines, based on new studies that show that the risks may greatly reduce or cancel out the benefits.

"Our message . . . is if you don't have a history of heart attack and stroke, you shouldn't be starting on aspirin just because you reach a certain age," said Chien-Wen Tseng, a member of the U.S. Preventive Services Task Force (USPSTF), an independent panel composed of experts in disease prevention and evidence-based medicine whose recommendations can influence medical practices and insurance coverage related to preventive measures.

The change in recommendations could potentially affect millions of people nationwide. Heart disease is the leading cause of death in the United States, killing roughly 659,000 people each year, according to the Centers for Disease Control and Prevention. Separately, strokes rank fifth among other causes of death in the U.S., with about 150,000 fatalities yearly. "Every year, an estimated 1.2 million people experience a first heart attack or stroke, so we're talking about something pretty serious," Tseng said.

According to the task force's draft recommendation, a review of the latest scientific evidence found that starting to regularly take low-dose aspirin - 81 milligrams to 100 milligrams - to prevent a first heart attack or stroke may have only a "small net benefit" for people ages 40 to 59 who are at risk for cardiovascular disease. The task force emphasized that patients should make decisions about taking aspirin only in consultation with their health-care provider.

Aspirin is a blood thinner and can help head off heart attacks and strokes by preventing clots from forming in the blood vessels that lead to the heart or brain.

But taking aspirin also can cause major bleeding that can be fatal, especially in older people, said Tseng, a professor in the Department of Family Medicine and Community Health at the University of Hawai'i John A. Burns School of Medicine. That's why, in another noteworthy change, the task force is now saying adults 60 or older shouldn't start taking aspirin daily to lower the chances of a first heart attack or stroke, concluding that there is "no net benefit" in doing so.

"At that point, the higher risk of bleeding with age actually cancels out the potential benefit of aspirin," Tseng said.

One of the main goals of the task force's proposed recommendations, Tseng said, is "to get people to talk with their clinicians instead of just buying a bottle off the shelf and saying, 'I should be on aspirin.' "

The draft recommendation statement, which is open for public comment until Nov. 8, marks a significant change from the last update to the guidelines in 2016, which also included recommendations for using low-dose aspirin to prevent colorectal cancer. (Task force recommendations are typically revisited every five years.)

The panel previously recommended starting low-dose aspirin for the primary prevention of cardiovascular disease and colorectal cancer in people ages 50 to 59 who had an elevated chance of heart attack and stroke, as long as they weren't at increased risk of bleeding. For older people, the task force said, the decision to start an aspirin regimen "should be an individual one."

But after reviewing data from recent randomized, controlled trials as well as conducting simulation modeling, Tseng said the task force determined that while there is still a benefit to taking aspirin if you are at increased risk for heart attack and stroke, the benefit "is smaller than what we've seen before."

"Before, when the benefit was greater, we could recommend it for people just within their age group who have high risk," she said. "But now, because the benefit is smaller, it's become even more clear that it's got to be matched to the right person, and somebody's personal values and preferences also become much more important."

The task force also reviewed data on low-dose aspirin and colorectal cancer, but found that the latest evidence was unclear about whether the medication can have preventive benefits, and called for more research. In the meantime, the panel encourages people concerned about their colorectal cancer risk to talk with their doctors about aspirin and being screened.

If finalized, the draft recommendations on cardiovascular disease would bring the USPSTF guidelines in line with those of the American College of Cardiology (ACC) and the American Heart Association (AHA), which were updated in 2019. The ACC/AHA guidelines say that low-dose aspirin "might be considered" for primary prevention in "select" adults between the ages of 40 and 70 who aren't at increased risk of bleeding. The guidelines also recommend against regular aspirin use in people who are older than 70.

"The USPSTF is appropriately updating their recommendations on aspirin for primary prevention, specifically in response to changes in the evidence," said Lloyd-Jones, who is also chair of the Department of Preventive Medicine at Northwestern University's Feinberg School of Medicine. "This is how science should work and should translate to clinical care."

Amit Khera, director of the Preventive Cardiology Program at the University of Texas Southwestern Medical Center, said he hopes that health-care providers will be "more judicious" when recommending aspirin regimens and focus on those who would most benefit.

For example, aspirin may be a good choice for someone who is at high risk of cardiovascular issues and hasn't been able to control their risk factors through other means, as long as they are at low risk for bleeding and are willing to take medicine daily, Tseng said. To assess your risk of cardiovascular disease, the task force recommends using the ACC/AHA online prediction tool.

The widely established practice of using aspirin to prevent a first heart attack or stroke stemmed from trials first done in the 1980s and 1990s, Lloyd-Jones said. "That was a time when we weren't really focused on or doing a particularly good job of controlling things like blood pressure and cholesterol, so aspirin had room to add value in preventing heart attacks and strokes."

But in more recent years, as the ability to reduce or manage risk factors has improved along with a greater emphasis placed on healthier living, newer studies have shown that the added value of aspirin as a primary prevention method appears to be "at best marginal and sometimes nonexistent," Lloyd-Jones said. "We just don't really need aspirin so much anymore."

Khera, who was on the writing committee for the 2019 ACC/AHA cardiovascular disease primary prevention guideline, agreed. "Society changes, people change, and so the place for aspirin also changes," he said.

Adopting a more conservative approach to using aspirin also would reinforce the message that taking the over-the-counter medicine is not without risk, experts said.

"Many people think of aspirin almost like a vitamin and that it's benign, but that's not true," Khera said. "When we talk about major bleeding, we're talking about bleeding in the brain, bleeding that needs transfusions, so not like nosebleed-type stuff."

Experts also want the public to remember that taking aspirin is just one way to help prevent a heart attack or stroke. Other proven strategies for lowering risk include common lifestyle adjustments, such as quitting smoking, maintaining a healthy diet and getting at least 30 minutes of moderate to vigorous exercise regularly.

"All those things add value together . . . and they work together synergistically," Lloyd-Jones said. "Those are really the secrets here, and you won't need aspirin if you're doing those other things successfully."