Let's save the movies 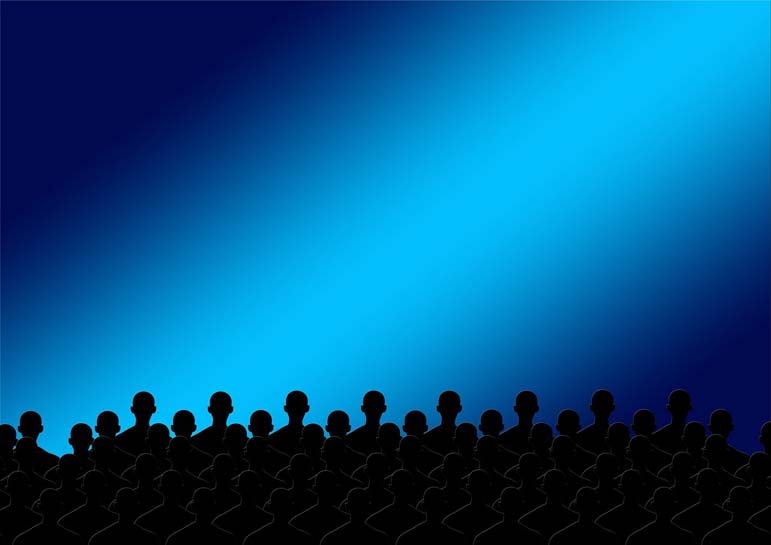 I miss going to the movies. The real movies: sitting in a darkened theater, a face in the crowd, enjoying a serious drama or a silly sci-fi franchise on the big screen. If the theaters vanish, I'll lose a quiet pleasure; we as a nation will lose one of our last democratic entertainments.

And vanish they might. In the wake of the global pandemic, we're being warned that the industry faces an existential crisis. We've heard such tidings before, but this time, say the Cassandras, the crisis is real. Whether due to emergency decree or fear of infection, people are staying home in droves.

Hollywood's response has been to postpone "tentpole" movies to 2021 - on the optimistic assumption that next year, the theaters will be full. Thus we see a predictable negative synergy: If there are no big movies, few people will go; if few people go, the big movies will be postponed even further.

Small wonder that the world's largest theater operator is running out of cash and might soon file for bankruptcy. Some major studios might cease to exist.

All of this raises two questions: First, can movie theaters be made safe enough that audiences will be persuaded to return? Second, what's the cost if they collapse?

Let's start with safety. In much of the U.S., shutdown orders keep theaters closed. Even where they're open, restrictions on selling snacks often make the business so unprofitable that many decide not to bother. Experts are divided. Some have argued that if audiences wear masks and socially distance, going to the movies is safer than, say, going to the gym; others insist that theaters remain risky.

The rest of the world seems less afraid of theaters than we are; or perhaps other countries just trust their citizens more. In Japan, theaters are mostly open and social distancing rules have been softened. That's true for most of Europe, too, including Italy, France, Germany, Poland, Bulgaria, Denmark, Spain and, naturally, Sweden. India just last week allowed the reopening of its theaters for the first time since the pandemic began.

True, the autumn wave might cause both countries and companies to have second thoughts. In early October, the U.K.'s biggest exhibitor announced that all its venues were being temporarily closed.

Nevertheless, it's fair to say that overall, the U.S. has been more risk-averse than most. For example, New York Gov. Andrew Cuomo, D, has only just agreed to reopen some of the state's movie theaters at 25% capacity. New York City cinemas are still closed.

Lately, in an effort to lure U.S. audiences back, the big chains have been touting their upgraded ventilation and other cleanliness measures. But the public is still staying home. Certainly, there's a bit of an "ick" factor: Members of the audience might sit far apart, but they'll still be in an enclosed space for two or three hours, and some will surely unmask.

Unfortunately, we lack good data on Covid transmission in cinemas. Most papers that search for a movie theater effect don't account for measures taken within the facilities to reduce the spread of the virus. Have these measures helped? Some cinephiles assert that there have been no reported cases of transmission of the novel coronavirus in a movie audience. It's hard to know for sure, given the failure of most efforts at contact tracing. My libertarian soul wants to trust people to make their own decisions.

Worries about the role of theaters in the spread of airborne disease are nothing new. Most were shuttered during the 1917-1918 flu pandemic, which came close to killing the then-young motion picture industry. Over the next few years, public health authorities wondered whether it was possible to make theaters safe. Much of the debate focused on whether movies were just another trivial entertainment for the masses or cultural institutions of growing importance.

We're having the same argument today.


We're wondering, that is, whether movies matter. Authorities who insist that they must stay closed are saying they don't. After all, can't everybody just stream at home?

Sure. But that's a different experience, involving consumption of a different product. Aaron Sorkin's new Netflix film "The Trial of the Chicago 7" is engrossing on my TV, but would have been wonderful on a big screen.

Film critic Owen Gleiberman has warned that if the theaters die, we will lose "a faith, a primal joy, the greatest art form of the last century." The public seems to agree. "Game of Thrones," hyped as the last piece of television monoculture, peaked at around 19 million U.S. viewers across all platforms. There are literally hundreds of movies that have been seen in U.S. theaters alone by more than twice that number of people. "Avengers: Endgame," which was in the theaters when the final episode of "Game of Thrones" aired, sold 94 million tickets in the U.S. alone.

Going to the movies is one of the last public activities that we attend by choice where the political views of the people around us make no difference whatsoever. We sit in the darkness, eyes on the screen, sharing a unique cultural experience with strangers. That's an aspect of democracy to which we pay far too little attention - and one we should do all that we can to preserve.