Gutsy Beto? He Says the Quiet Part out Loud 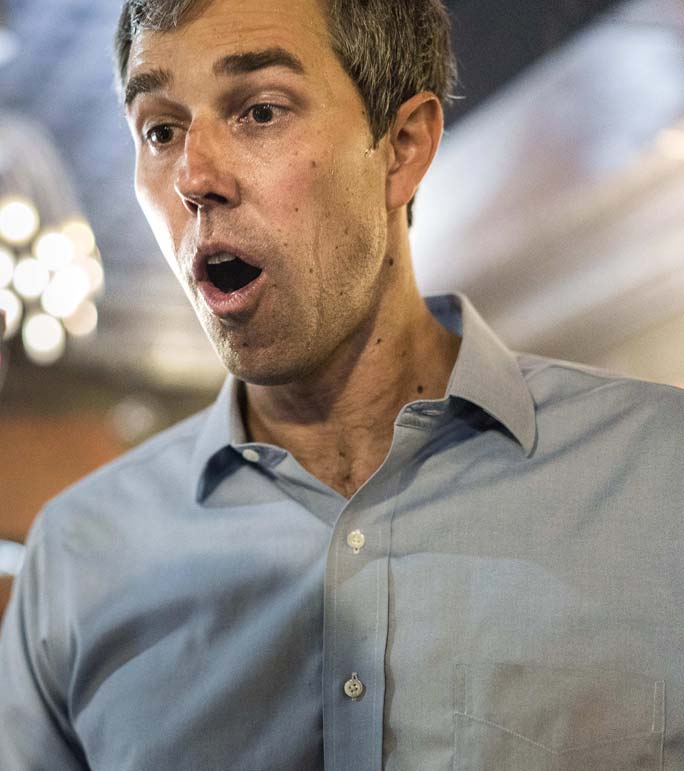 Failing Democratic presidential candidate Beto O'Rourke is raging against the dying of his political light. Desperate and alone, his campaign on the precipice of collapse, Beto has banked on one policy: radical honesty.

And that means he is now saying the quiet part of the progressive agenda out loud. This is a candidate who openly claims he'll come take Americans' guns (though he then pretends this won't involve the police acting as an enforcement arm in removing those weapons).

This is a candidate who suggests that abortion one day before full term is a constitutional right.

And now this is a candidate who admits that he will seek to bankrupt virtually every traditional religious institution in America.

When asked at a CNN Democratic town hall regarding LGBTQ issues about whether nonprofit status should be removed from churches that refuse to honor same-sex marriages, O'Rourke simply said, "Yes." He then explained in detail: "There can be no reward, no benefit, no tax break for anyone, or any institution, any organization in America that denies the full human rights and the full civil rights of every single one of us. ... And so as president we are going to make that a priority, and we are going to stop those who are infringing upon the rights of our fellow Americans."

This statement is insanely radical. It suggests that the mere presence of religious institutions that dissent from the social left's political orthodoxy cannot be tolerated. It is not an infringement on rights for free associations of religious people to deny the validity of marriages based on both historic natural law and traditionally religious precepts. But according to O'Rourke, the existence of such institutions amounts to an infringement.

This move by O'Rourke was utterly foreseeable. In expectation of precisely this sort of logic, I endorsed the libertarian position on same-sex marriage — get government out of the entire business of marriage — in March 2013, two years before Obergefell v. Hodges. I wrote at the time that any federal cramdown of same-sex marriage would result in states being "forced to recognize same-sex marriages," public schools being forced to teach its morality and religious institutions losing tax-exempt status. "Religious Americans," I predicted, "will be forced into violating their beliefs or facing legal consequences by the government. The First Amendment guarantee of religious liberty will largely become obsolete."


At the time, this was considered over-the-top. Now it's a mainstream Democratic position.

And the Democrats will go further than merely removing nonprofit status. They will use anti-discrimination law as a baton to destroy the existence of "discriminatory" religious institutions, from churches to synagogues to religious schools. They will refuse to accredit home-schooling programs that do not teach the left's preferred social values — after all, anything less would be benefitting organizations that, in O'Rourke's view, deny "the full human rights" of LGBTQ people.

This tyrannical thinking was expressly prohibited by the founders, who saw the threat of government toward religion as paramount — not the other way around. And for years, Democrats have understood that O'Rourke's agenda had to be kept under wraps — most Americans aren't interested in his full-scale culture war.

But now he's saying the quiet part out loud. It will be fascinating — and frightening — to see how many Democrats echo him in the coming months.