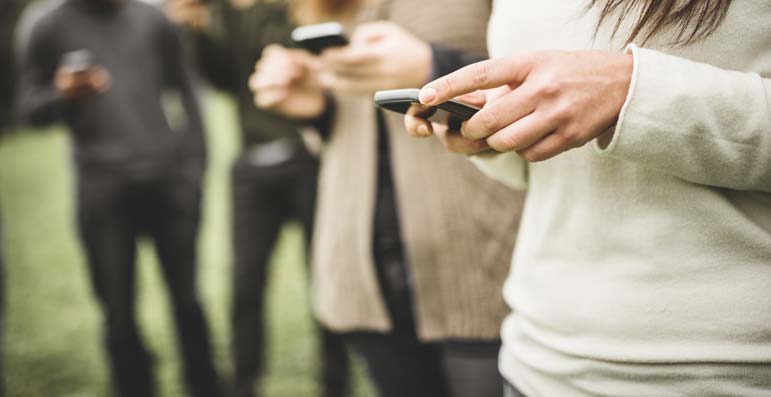 It's a bit ironic that just as the sentences in the college admission scandal are being handed down, the College Board is all in a lather over what it describes as cheating on the wordily named Preliminary Scholastic Aptitude Test and National Merit Scholarship Qualifying Test.

The PSAT, as it is more commonly known, once existed largely for the purposes of low-stakes practice but now helps determine eligibility for all sorts of potential rewards.

The College Board should calm down.

The cheating the test-givers are worried about will strike most readers as fairly moderate: kids who once would have chatted about the test in person on the way home ("What answer did you get for the one about the price of spinach?") are now doing it online, largely under the hashtag #psatmemes, in ways that are supposed to be funny.

Though the young folks are plainly blowing off steam, the College Board is unamused. Disclose any test content in your social media posts, the board warns, and you might face cancellation of your scores. Why? Because you're violating the nondisclosure agreement you had to sign in order to take the test. Moreover (say the test-mavens), you're facilitating cheating by others.

Either the College Board has come up with a new definition of cheating or the rest of us have to. I'm all in favor of enforcing contracts among consenting adults, but here the signatories of the NDAs are high school juniors, making nearly all of them minors. Even putting that problem aside, the threats and anathemas (and unfunny anti-disclosure memes) raining down from the College Board possess a spitting-into-the-wind quality.

In my own over-tested youth, we talked about every exam from the moment we walked out of the room. Nobody followed us down the hall to discover whether the wrong kids were overhearing.

The difference today is that the way young people communicate has changed. According to a 2018 report from Hill Holiday, 51% of those born after 1994 (that's Generation Z if you're keeping score) self-report that they use social media "almost constantly." Their heads are always in their phones, and they're always following whatever's trending.

That enormous preference shift has upended the ecosystems undergirding politics, religion, and everything else we considered stable and known. There's no particular reason that standardized testing should be immune. Under such circumstances, we can't reasonably ask young people to keep a sepulchral silence.

Don't get me wrong. I understand why the College Board is upset. Even a cursory glance at what's been posted under #psatmemes will uncover hints aplenty about what's on this year's test: Students evidently must know what "ambivert" means; they will be called upon to calculate distance traveled on a bicycle (which may involve a conversion from kilometers to miles); they must understand how stars form (I doubt that "God made them" is one of the choices); and they will be asked to critique some of the old arguments against women's suffrage.

Now, the College Board may not be happy that I wrote the preceding paragraph, but everything I mentioned is available on social media. Most has been widely reported. And unless Twitter and Instagram suddenly decide to block all chatter from young people who have just walked out of standardized tests, it's going to stay publicly available.

And here's the other problem: It's not just this one test. Today's high schoolers (and middle schoolers and even elementary schoolers) are being tested constantly. Four years ago this month, after a study of big-city schools concluded that the average student sat for some 112 mandatory standardized tests between kindergarten and 12th grade, President Barack Obama promised steps to reduce a burden of standardized testing grown so heavy that it "takes the joy out of teaching and learning."

This, alas, is a project on which the success rate is relatively close to zero. For millions of young people, progress from one standardized examination to the next is what their education has been about. There's no point in pretending that nothing is at stake in the results. Test preparation is a billion-dollar industry that employs tens of thousands.

Teenagers can hardly have failed to note that a lot of grownups are going to prison for paying to change their children's scores. Face it: the teens are going to talk. If disclosing content online counts as cheating, the future belongs to the cheaters.

That's not to say there's nothing to be done. We could test (excuse me, "assess") less often; we could place less weight on the results. But however much we might discuss such pie-in-the-sky solutions, there's not much chance we'll be implementing them anytime soon. (Although the rising number of colleges abandoning standardized tests as an admission requirement is a good start.)

We could try something more radical: allowing students to work as teams on standardized tests. Collaboration on regular classroom testing has been widely studied, especially in the STEM fields, and the results are generally impressive. Advocates point out that unlike individual testing, collaboration mimics the way workplaces are actually organized. Perhaps we should try it out on standardized tests. Who knows? We might even find that when students work together to find the answers, they satisfy a good part of their need to talk about the test.

Maybe these are bad ideas. Maybe there are better ones. But whatever we do - or if, as is likely, we do nothing at all - what we should avoid is labeling as cheaters young people whose only sin is yielding to the urge to discuss the stressful experience they've just endured.

(Buy the author's latest book, Invisible: The Forgotten Story of the Black Woman Lawyer Who Took Down America's Most Powerful Mobster, at a 37% discount! by clicking here or order in KINDLE edition at a 50% discount, just $14.99 by clicking here. Sales help fund JWR.)