How I stopped abusing my husband 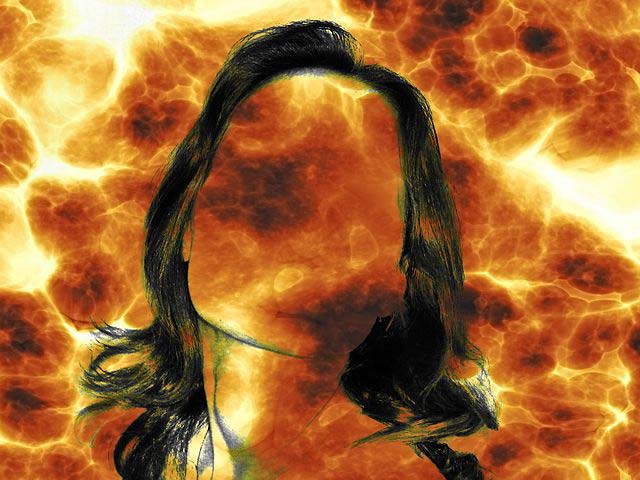 I was 18 and on vacation with my family. Well, it was supposed to be a vacation, but my Dad was really there for work. I stepped out of the bathroom to see my Dad and my younger brother, Edward.

"What do you mean your suitcase?," Dad asked.

So far, Dad was speaking evenly. He took Eddy's things out of the suitcase and replaced them with business papers.

"That's my stuff. Don't put your business stuff in my bag!" Eddy's rebelliousness made Dad's attention sharpen on him.

Legally blind, Eddy sat on his bed, glasses on his face with a thick black strap, fingerprints all over the lenses. My dad, the workaholic, rage-aholic, abusive head of household, stared with disbelief. The look on his face said it all: How dare this useless broken son of mine go against my wishes?

Dad's voice was cold and hot at the same time. " 'Your suitcase? Your stuff?' This 'business stuff' is what feeds you food and puts you in school. You will carry it!"

At last, Eddy caught on to the danger he was in. As the last batch of papers fell from his hands. My dad leaned in, raised the back of his arm high and this is where I unfroze.

My brain pounded out directions in a primal Morse code:

And I hit my father instead. Well, I shoved him, hard, in the chest.

And then, with a confused look on his face, he turned around and left. That's how it happened. How I got my first taste of power in the form of aggression.

I didn't realize that day that that single shove of my Dad would lead me over a threshold. For the first time in 18 years, I felt invincible - and I liked it. I took that shove and I ran with it. I became an expert at how to shove with words in my marriage. I shoved hard and often, telling my husband that he was a failure and how terrible he was at taking care of me, no matter how badly I was behaving. If he didn't want to be in our marriage, I would yell, he should get the hell out.

Eight years after that pivotal shove, the police arrived at our apartment door, ready to accuse my husband of beating me. Which he wasn't, by the way. I was the one causing the disturbance - slamming doors, throwing things, beating my fists against the wall, completely lost in my anger.

I did these things because I thought they were normal. My behavior wasn't unusual to me; it was what I knew. That's the truth for many abusers. So often, decent people behave badly without realizing it. Until one day when the truth becomes clear.

By the time I learned my behavior was not just harmful, but wrong - and certainly not normal - it was deeply ingrained. That yelling and the raging was how I kept myself safe. Stopping felt very unsafe. So while I wanted to change, learning to do so took time.

Sometimes I get asked: "What was it like to be a woman who was abusive?" Although it's true that's what I was, I don't think of it like that. Violence isn't a gender issue, it is a human one. It is all around us and goes beyond stereotype. When it comes to emotional abuse, both men and women experience it at similar rates. Statistics show that 48.4 percent of women and 48.8 percent of men have experienced psychological aggression from someone they've been in a relationship with. I felt isolated and helpless, but I felt that way because of my behavior, not because I don't fit the image many conjure up when they think of abuse.

I was lucky. Despite my behavior, I was loved. My husband with his hazel eyes and Irish stubbornness saw enough redeemable in me to put up with how I was behaving.

Excruciatingly slowly, I changed. We saw a lot of therapists, separately and together. There's no 12-step program to rehabilitate from abusive habits, but the tools available for adult children of alcoholics - about telling the truth and taking responsibility - were key. I kept an "anger diary," where I kept track of the bad days. For years, I worked to add just one more good day, to increase the number of good days between the bad. Some days, it felt like I was a junkie trying to put off getting another fix. I discovered I had little to no relationship with my body, so I tried it all - yoga, meditation, Feldenkrais, massage, working out - with the goal of feeling something on the physical level.

At the same time, I heard something from a coach, a specific phrase suggesting how important it was to "feel things fully" instead of overthinking things, or protecting myself from feeling. Creating this new habit to pause and feel meant I started to actually grasp how much pain I was putting my husband through. And of course, he was learning to stand up for himself. It was all very messy and circuitous, but I knew things were finally getting somewhere when I started to feel grief and shame, instead of rage.

The good news is, we know so much today about what causes abusive behavior, what leads to big and little violence in everyday life, and most of all, how to change in a deep and permanent way. These are things that my parents' generation - and my Dad specifically - didn't know.

In trying to stop emotional abuse, the response is often focused on the victim and mostly after-the-fact. Of course our abused loved ones need our help. But to pull the roots out of the problem and stop abuse? For that we need more. We need to see that waiting to help after abuse has already happened is too late. And abusers are sometimes victims, too.

Looking back at all the years of wearing a perpetrator's skin, I realized I was limited in understanding how to live well with others. To change this, we need to acknowledge that there is the possibility for good inside even the worst of us. And that the possibility for bad lives even in the best of us.

These days, Eddy is still wearing his thick glasses, but he's more able to speak up for himself. My dad, now in his 80s, has since apologized for the past; and I cherish the sweet texts he sends, telling me not to work so much. My husband is still the most courageous and determined person I know. As for me, I am convinced that the gift of being able to be furious and productive, simultaneously, which I learned through my recovery, has been given to me for a reason. Maybe it's so that abusers who ache to change can hear: Your hopes are not in vain.