Dems Know They Can Always Count on the Media 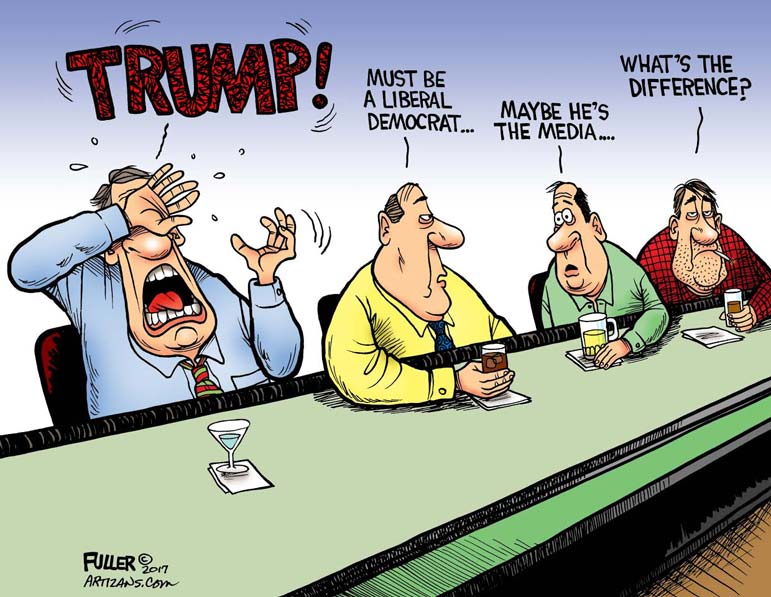 This week, Sen. Elizabeth Warren, D-Mass., in preparation for a 2020 presidential run, decided to fight back against President Trump's brutal nickname for her: Pocahontas.

As it turns out, Warren could never provide any evidence of Native American ancestry — even though she spent years labeling herself Native American while at the University of Pennsylvania Law School as well as Harvard Law School.


She released a video of her family members discussing her claims of Native American background. "Native communities have faced discrimination, neglect and violence for generations," Warren intoned. "And Trump can say whatever he wants about me, but mocking Native Americans or any group in order to try to get at me? That's not what America stands for."

In fact, not even Cherokees were happy with Warren. In a stunning rebuke, the Cherokee Nation released a statement saying, "Senator Warren is undermining tribal interests with her continued claims of tribal heritage," and that Warren's DNA test "makes a mockery out of DNA tests and its legitimate uses while also dishonoring legitimate tribal governments and their citizens, whose ancestors are well documented and whose heritage is proven."

All of this should have been foreseeable by anyone with half a brain. Falsely claiming you are Native American for years is bad enough. But releasing a study demonstrating that you are 99.9 percent white — and then claiming that such a study justifies your false claims? What made Warren, an intelligent human being, think such a thing?

Only one simple fact: Warren knows, as everyone in politics knows, that the media will cover for nearly any instance of leftist political manipulation. They'll cover for Warren fibbing about her ancestry. They'll cover for Texas Senate candidate Beto O'Rourke driving drunk, plowing into a truck and then attempting to flee the scene of the crime. They'll cover for Arizona Senate candidate Rep. Krysten Sinema saying that she didn't care if Americans joined the Taliban (CNN's headline: "Krysten Sinema's Anti-War Activist Past Under Scrutiny as She Runs for Senate"). Democrats have the enviable advantage of being able to trot out nearly any story and be given credibility by most of the mainstream media.

Non-Democrats, however, see this game. And every time the media simply parrot Democratic talking points on issues like Warren's ancestry, they undercut their credibility. Large media institutions have done more than anyone, including President Trump, to destroy their reputations with the American people. Their pathetic behavior over the past few weeks, in the approach to the 2018 elections, shows that they're doubling down on stupid.