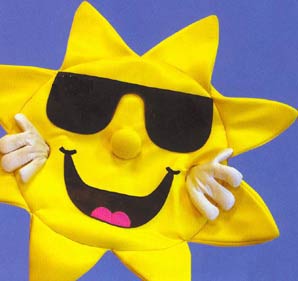 Coronavirus vaccines work so well that most people don't yet need a booster, an all-star panel of scientists from around the world said in a review that's likely to fuel the debate over whether to use them.

Governments would be better served to focus on immunizing the unvaccinated and to wait for more data on which boosters, and at what doses, would be most effective, the authors, who included two prominent U.S. Food and Drug Administration experts, argued in the medical journal The Lancet. They based their assessment on a wide range of real-world observational studies as well as data from clinical trials.

"None of the studies has provided credible evidence of substantially declining protection against severe disease," the authors wrote. There could also be additional side-effect risks if boosters are introduced too soon or too broadly, they said.

The review comes as most countries with ample vaccine supplies debate whether to allocate doses for booster shots to prop up immunity and potentially help stop the spread of the more infectious delta variant. The U.S. plans to roll out booster shots starting Sept. 20, though the plan still needs sign-off from the FDA and the Centers for Disease Control and Prevention.

Scientists are by no means unanimous on the topic of boosters. Even a small reduction in efficacy against the spread of covid can strain a health-care system, and "there is therefore no 'one size fits all' approach," said Azra Ghani, chair in infectious-disease epidemiology at Imperial College London, who wasn't involved with the review.

A U.K. government advisory panel is set to recommend soon whether to move forward with broad use of a third vaccine dose. Britain is already offering boosters to those with severely weakened immune systems, as are many European Union countries. The European Medicines Agency is also reviewing booster data from the Pfizer Inc.-BioNTech SE partnership and from Moderna Inc.

Among the scientists behind the Lancet article were Marion Gruber, who leads the FDA's Office of Vaccines Research and Review, and her deputy Philip Krause. Both have said they would step down later this year. Gruber and Krause were two of a group of FDA staff who last year pushed back against pressure by the Trump administration to speed up the authorization of the coronavirus vaccines, according to a person familiar with the matter.

The World Health Organization's Soumya Swaminathan, Ana-Maria Henao-Restrepo and Mike Ryan also worked on the review. The WHO has pushed against broad use of boosters, saying it would make better public-health sense to focus on immunizing those who haven't gotten any shots yet -- whether because of anti-vaccine sentiment in countries with ample reserves, or because they live in places with little access to shots.

"Even if boosting were eventually shown to decrease the medium-term risk of serious disease, current vaccine supplies could save more lives if used in previously unvaccinated populations," the authors wrote.

Across the observational studies done so far, vaccination has been an average of 95% effective against severe disease, including against more infectious variants such as delta, and more than 80% effective at preventing any infection, the review found.

Even in countries with high vaccination rates, it's unvaccinated people that are driving transmission of the virus -- and who are at highest risk of becoming very ill, the study found.