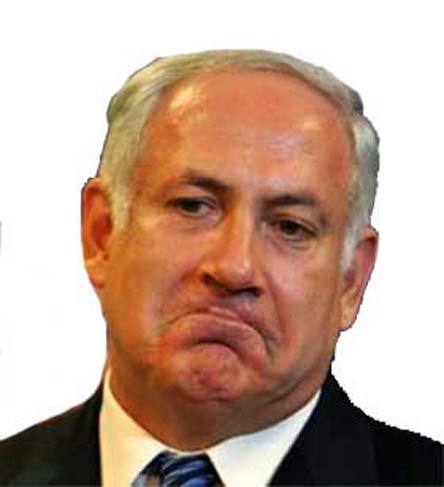 When Israeli Prime Minister Benjamin Netanyahu greeted his supporters at Likud Party campaign headquarters on Tuesday evening, his demeanor as much as his words made the outcome of the vote clear to everyone.

While he neither claimed victory nor conceded defeat, his body language screamed that he knew that he had not won. His talk of working for the creation of a "Zionist" government rather than the "right-wing" coalition that he pledged to build in April when he thought he had triumphed was telling.

There will be no Likud-led coalition of the party's natural partners on the right and among the religious parties. And that means the last chapter of the Netanyahu era is about to unfold.

Despite the celebratory air in the Israeli media that is dominated by his foes, the prime minister isn't finished. If he can keep his party united behind him—no mean feat given the predatory ambitions of those who hope to succeed him—the outcome of the coming weeks of coalition negotiations is far from certain.

But with more than 90 percent of the vote counted—and with it looking like Likud will finish a close second to Blue and White in the competition to be the largest party in the Knesset—the idea of another Netanyahu-led government is far from the likeliest outcome. If the Joint List of anti-Zionist Arab parties breaks with precedent and recommends to President Reuven Rivlin that Blue and White leader Benny Gantz should be given a chance to build a coalition, it could set in motion a series of events that will mean a new prime minister.

The vote was not a straightforward victory for Gantz. The combined total of seats won by Blue and White and its smaller partners on the left is actually smaller than that of the right-wing religious bloc that are pledged to support Netanyahu. And when figuring in that Avigdor Lieberman's Yisrael Beiteinu Party is, despite Netanyahu's claims that it is "left-wing," clearly on the right in terms of its stands on security and economic issues, it's possible to assert that the right still commands the support of the majority of Israelis.

Yet it's also clear that a majority of Israelis were not worried about the prospect of the post-Netanyahu era. In this election, the old categories of "right" and "left" didn't determine the outcome. The consensus on the conflict with the Palestinians, in addition to how to deal with the threat from Iran and Hezbollah, credited to Netanyahu that he built over time is so strong that it actually undermined his chances of continuing in office. This time around, Israelis were more focused on the conflict between secular and religious values, as well as the notion of whether or not it was time for a change at the top. In a very real sense, Netanyahu was undone by his own success.

By any objective standard, Netanyahu's last decade in power has been one of remarkable success for Israel.

His stewardship of the economy has enabled a period of tremendous growth and prosperity. Israel's military dominance of the region is unchallenged. Just as important, Netanyahu was responsible for breaking down Israel's diplomatic isolation in ways that would have been unimaginable a generation ago. He built an international coalition against Iran that has made allies out of formerly hostile Arab nations like Saudi Arabia, and is making steady inroads in diplomacy among once-hostile Persian Gulf and African nations. The relationships he has forged with President Donald Trump, Russian President Vladimir Putin and Indian Prime Minister Narendra Modi have created a singular moment in which it could be asserted that it was Israel's foes that were marginalized on the international scene, rather than the perennially isolated Jewish state.

Netanyahu's ability to maintain Israel's security without blundering into wars whose unintended consequences might be disastrous would also be invaluable in navigating the country through the coming years, during which tensions with Tehran and Gaza will continue to produce dangerous challenges.

His problem was that it wasn't possible to castigate his main opponent as a creature of the left that was discredited by the bloody failure of Oslo. Military experience has never been a decisive political advantage in a country in which most voters have themselves served in the army. But the notion that the chorus line of former chiefs of staff of the Israel Defense Forces could be dismissed as starry-eyed leftists was not a winning election strategy. That's especially true since Gantz, and the Blue and White, spent both of the 2019 election campaigns trying to portray themselves as even tougher than Netanyahu on security issues, and just as willing to assert Israeli sovereignty over the Jordan Valley and the West Bank settlement blocs. Rather than challenging the consensus on the peace process that Netanyahu had forged, Blue and White was an expression of it.

Lieberman's refusal to join any government with the ultra-Orthodox parties, and to demand a unity government between Likud and Blue and White—a tactic that nearly doubled his total of seats in the latest vote—also demonstrated that some voters who consider themselves right-wing on security were more interested in opposing the haredim and ending Netanyahu's reign.

In the wake of this setback and with a hearing scheduled next month on the corruption charges hanging over him, Netanyahu may be hard-pressed to maintain control of the Likud, let alone the right-religious bloc. If Lieberman sticks to his demand for unity, and if Blue and White continues to refuse to join forces with a Likud led by Netanyahu, then it's hard to see how the prime minister survives.

Even if Netanyahu's unrivaled political skills enable him to outmaneuver his would-be successors within the Likud and temporarily block Gantz from building a Knesset majority, the idea that he can somehow snatch victory from the jaws of defeat and stay in office seems more like a delusion than a realistic scenario.

Netanyahu's moment on the Israeli political stage isn't quite over. But its last chapter has surely begun.