Harvard's legacies are nothing to be proud of 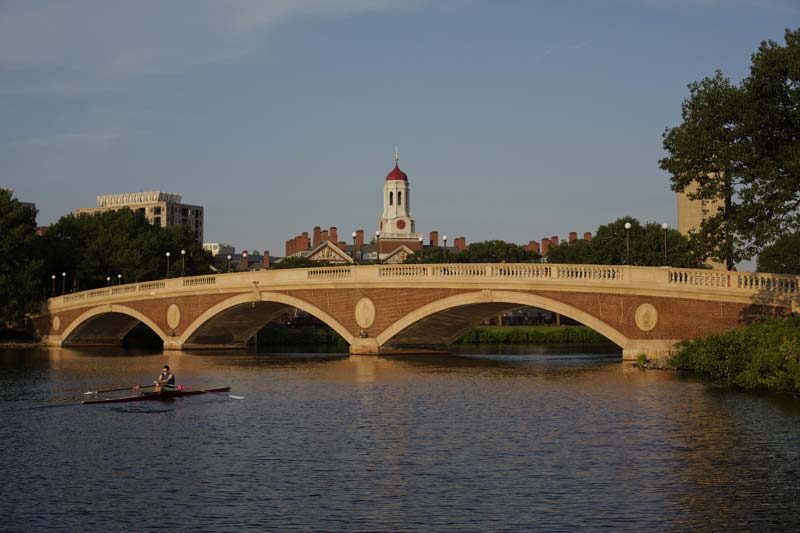 America has long fancied itself a meritocracy, and American universities have a reputation as the world's best. Both of these premises are now under serious doubt.

A recent study of Harvard's admissions practices leaves me with the queasy feeling that America's top schools are bastions of self-replicating privilege, far worse than what most people think. The study draws upon the data generated by the lawsuit against Harvard alleging that it discriminates against Asian-American applicants.

The most shocking number in the paper is this: Of the white students admitted to Harvard, more than 43% are in the so-called ALDC category - that is, they are recruited athletes, legacy admissions, applicants on the "dean's interest" list and children of Harvard faculty and staff. Furthermore, in the model constructed by the authors, three quarters of those applicants would have been rejected if not for their ALDC status.

Now consider that America's top universities are among the most ideologically "left-wing" institutions in the country. At Harvard, for instance, 84% of faculty donations to political parties and political action committees from 2011 to 2014 went in the Democratic direction. The Democrats, of course, are supposed to be the party opposed to income inequality. So what has gone wrong here? Why should these elites be trusted?

If any institution should be able to buck social trends, it is Harvard. It has an endowment of about $39 billion (circa 2018), its top administrators are employable elsewhere, and most of its significant faculty hold tenured positions. It might also have the world's best academic reputation, and it could fill its entering class with top students even after taking a big reputational or financial hit.

As a Harvard alumnus (Ph.D. economics, 1987), and as someone who receives royalties from two books published by Harvard University Press, I wish to think well of the place. I also know and deeply respect many people associated with Harvard. Still, it seems to me that Harvard, as an institution, is devoted not to righting social wrongs or making America a better country, but to maximizing its own power and influence.

If you are wondering why Americans do not trust the current establishment, or why Americans are not so convinced that the Democratic Party actually will reverse income inequality, look no further than the Harvard admissions case.

So far I've discussed only the white applicants. What about the black applicants? Here again the numbers are very disturbing, though for quite a different reason: Too few black applicants are getting in on the basis of their academic credentials.

Table 11 in the paper indicates that, under normal circumstances, 1,367 African-Americans would be admitted to Harvard over a six-year period - but that without race/legacy/athlete preferences, only 428 would be, with racial preferences being the dominant factor in that difference.

Harvard is hardly to blame for this problem; the data indict American society more broadly. America's university system is working hard to find qualified African-American applicants, which is a good thing. But America is not doing a good job of producing them. There is also the longstanding issue that many of those students are of African or Caribbean origin, rather than representing the success of descendants of American slavery.

To America's white middle class, of course, it feels like everyone except them is getting some kind of preference. That is an unfair and historically underinformed reaction, but also an understandable one. It also has helped bring to a head the issue that Asian-Americans feel very strongly about: that they have to outperform their peers to have any chance of getting into a top school.

A verdict has yet to be issued in the Harvard admissions lawsuit, but this belief has already been proved to be largely true.

Step back and view the whole picture, and you have to wonder: Who is supposed to feel good about this situation? Who is encouraged by it to stride forward with higher morale and a stronger belief in the meritocratic nature of American higher education - or indeed America itself? Who can read this study and come away with a more favorable view of American educators?

Non-meritocratic admissions not only corrode the ideals of those who want to become part of supposedly great American institutions. They also give the rest of us less faith in the institutions that supposedly make America great.