Yes, the Fed could still stop a recession 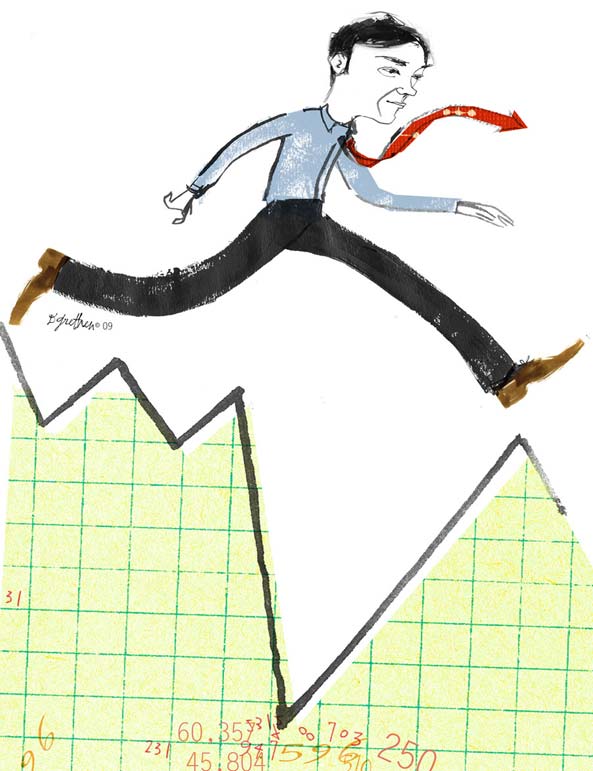 As interest rates fall and negative yields proliferate, concern is growing that central banks have lost their power to conduct monetary policy. Former U.S. Treasury Secretary Larry Summers suggested as much in a recent tweet storm, while Adair Turner, former head of the U.K. Financial Services Authority, recently published a column titled, "Central Banks Have Lost Much of Their Clout."

This is a canard. Central banks still have more power to influence the economy than almost any other institution in public life. The question isn't how they lost their clout but why they haven't tried to use the clout they have.

That is correct, but central banks can use other policy instruments. The most striking fact about the current situation is that not one of the world's major central banks has announced that it would like to see a higher rate of price inflation. Have you heard support for a 3% inflation rate lately from the heads of the European Central Bank, the Bank of Japan or the U.S. Federal Reserve? It is therefore no surprise that central banks don't seem to matter much.

In essence, central banks would like to make marginal contributions to stimulating the economy, without incurring the political wrath from a higher rate of price increase. The powers they have lost are political, not economic.

Alternatively, imagine a major central banker announcing a desired inflation rate of 3% or 4%, rather than coming in below 2%. Furthermore, imagine that the political leadership sent the right signs of support for such an announcement. The markets would probably treat this as an expansionary signal for monetary policy.

It is possible that the markets would ignore such an announcement, because they know the central bank would be unable to achieve the higher rate of price inflation. Since this is all theoretical, we don't quite know.

Still, the likely scenario is success for the central bank. It can create more money to buy foreign currencies or longer-term, higher-yielding assets; or it can simply hand out the money to consumers. Since money is still a general medium of exchange, any of these strategies would probably translate into higher rates of price inflation.

It is true that such actions would involve greater political risk for the central bank, and that is one reason central banks do not want to discuss them, much less execute them. If the money handed out to consumers were perceived as unfairly distributed, for example, the central bank could become less popular. But that is very different from suggesting that monetary policy no longer matters.

If need be, a central bank could hand out depreciating coupons, or deposits with a timed expiration, to encourage people to spend rather than save the money. I don't favor such a policy, simply because I don't think it is necessary and it would introduce additional complications into the perceptions of monetary policy. My point is only that a central bank has many more instruments than simply swapping monetary reserves for government securities.

What the Fed would need to do, if a recession were to arrive, is to state that it is truly serious about stimulating the economy with monetary policy. The idea would be to convey that it is not helpless against the arrival of a recession, even if monetary policy is not the best way to fix the damage from a trade war.

Sadly, the U.S. political system may not be able to tolerate such a change in Fed policy, and the European Union and Japan face analogous problems. Enough Americans have bureaucratic-style service-sector jobs, for instance, that a higher rate of price inflation would probably mean a real wage cut for them, and they might not gain back that money in future rounds of bargaining. Voters tend not to like higher rates of price inflation, because even when inflation is allowed to rise to counter unemployment, such as during the onset of a recession, most voters have jobs.

Which brings me back to my original point: The current obstacles to effective monetary policy are mainly political, not economic or instrumental. Arguably the same is true for fiscal policy. Voters may oppose more spending because they fear higher taxes in the future, or they disagree about how the money should be spent in the present.

In fact, when it comes to macroeconomics, the current malaise is not just political but also cultural: It is a paralysis of the spirit to achieve and excel. Conventional economic theory has not been proved wrong, at least not yet. There is just a fading willingness to apply it.