Was this man the prized US asset in the Kremlin? 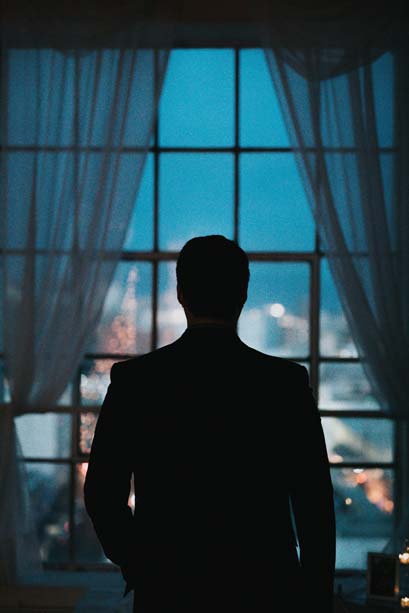 In 2017, the CIA reportedly pulled "one of its highest-level covert sources" out of Russia, fearing for the safety of the spy who apparently played a major role in shaping the U.S. intelligence community's views of Russia's interference in the 2016 election.

If Russian media have correctly figured out the asset's identity — and there are good reasons to believe they have — the ability of the U.S. government to understand what's going on inside the Kremlin is pretty weak. That doesn't mean, however, that U.S. intelligence is flying blind when it comes to Russian plots and schemes.

CNN reported Monday that the U.S. evacuated the agent from Russia in 2017, in part out of concern that President Donald Trump could, in his freewheeling style, somehow lead the Russians to discover the spy's identity. According to the New York Times, it was this asset who "was instrumental to the C.I.A.'s most explosive conclusion about Russia's interference campaign: that President Vladimir V. Putin ordered and orchestrated it himself." His exfiltration "effectively blinded American intelligence officials to the view from inside Russia as they sought clues about Kremlin interference in the 2018 midterm elections and next year's presidential contest."

After the U.S. reports came out, an anonymous, well-informed Russian Telegram channel, The Ruthless PR Guy, reported that the asset was Kremlin official Oleg Smolenkov. On Tuesday morning, the Moscow daily Kommersant published a story confirming that it was him based on anonymous sources and some pretty convincing circumstantial evidence.

Smolenkov, his wife and three children went on vacation to Montenegro on June 14, 2017, and disappeared without a trace. A murder investigation initiated in Moscow got nowhere. Kommersant found a notice in the Washington Post saying a couple named Oleg and Antonina Smolenkov (the wife has the same name as the missing official) bought a house in Stafford, Va., in June 2018. It also discovered a record of a deed on a Stafford property in Oleg Smolenkov's name.

On Tuesday, an NBC correspondent apparently visited the property, although the resulting story didn't mention Smolenkov's name or the Stafford location. It did say that, once the reporter rang the doorbell, two young men came racing up in an SUV and started asking questions about the purpose of his visit, introducing themselves only as friends of the owner.

If indeed the CIA extracted Smolenkov from Russia, one might question why he continued to use his real name. But the timing of the Smolenkovs' disappearance and their apparent re-emergence in Virginia, watched over by anonymous "friends," suggest he could be the mole in question.

When Smolenkov's disappearance was first reported in Russia, he was described as an official at the President's Administrative Directorate, which is basically the Kremlin housekeeping service that handles property management, organizes official visits and does other technical work. On Tuesday, the directorate denied that Smolenkov had worked there. Indeed, it's more likely that Smolenkov had hitched his wagon to the star of Yuri Ushakov, a senior diplomat who now serves as Putin's foreign policy aide.

Smolenkov worked as a lowly second secretary at the Russian embassy in Washington when Ushakov was ambassador between 1998 and 2008. Upon returning to Moscow, Ushakov worked as deputy chief of staff for the prime minister. Those were the years — 2008 through 2012 — when Putin took the prime minister's job under President Dmitri Medvedev to observe the constitutional ban on serving as president for more than two terms in a row. In 2010, while Smolenkov was a rank-and-file employee on the Russian government's staff — one of numerous advisers under Ushakov — he received a lofty civil service rank equivalent to a major general or rear admiral.

It's likely that Smolenkov followed Ushakov to the Kremlin, where the diplomat moved after Putin returned as president in 2012. Ushakov, 72, is certainly an important official who helps Putin work on his official foreign policy agenda and prepares him for major summits and visits. He is, however, a career diplomat with no trace of intelligence affiliation or tell-tale gaps on his bio. If Putin planned a major intelligence operation to disrupt the U.S. 2016 election, none of these plans would have gone through Ushakov, and he probably wouldn't be privy to any of them.

In 2018, Special Counsel Robert Mueller produced a surprisingly detailed indictment of specific Russian military intelligence officers who allegedly hacked U.S. Democrats' computer networks and disseminated the stolen material. Data on the names, ranks and specific activities of the Russian officers wouldn't have landed anywhere near Ushakov's desk, and there would be no obvious way for an Ushakov aide like Smolenkov to obtain it in the line of his normal work. It's not clear how the U.S. obtained that information — the most surprisingly specific trove of data to emerge in the course of all the Russian interference investigations — but it wasn't through the putative Ushakov channel.

A midlevel official working for Putin's foreign policy aide likely would have known that Putin was favorably disposed toward candidate Trump. But then, one would have gotten that impression simply from watching Moscow's propaganda channels. If Smolenkov was a spy, he could have delivered important insights about Russia's foreign policy thinking and planning to U.S. intelligence. But if he was the source for the U.S. intelligence community's certainty that Putin personally orchestrated a covert interference campaign, that certainty rests on a weak foundation. Smolenkov served the wrong boss in the Kremlin to get reliable information about such ventures.

Putin has reasons to celebrate if the New York Times report that the high-level spy's evacuation "blinded" the CIA to Russian plans for further election meddling and the identification of Smolenkov as that spy are both correct. In that case, the Kremlin isn't infiltrated by U.S. agents to any significant degree, and it wasn't even while the prized asset was still toiling undiscovered. I think, however, that no champagne bottles will pop open: The disclosures about Russia's military intelligence operation were potentially more damaging, which could indicate the U.S. has better assets on the ground than reports suggest.