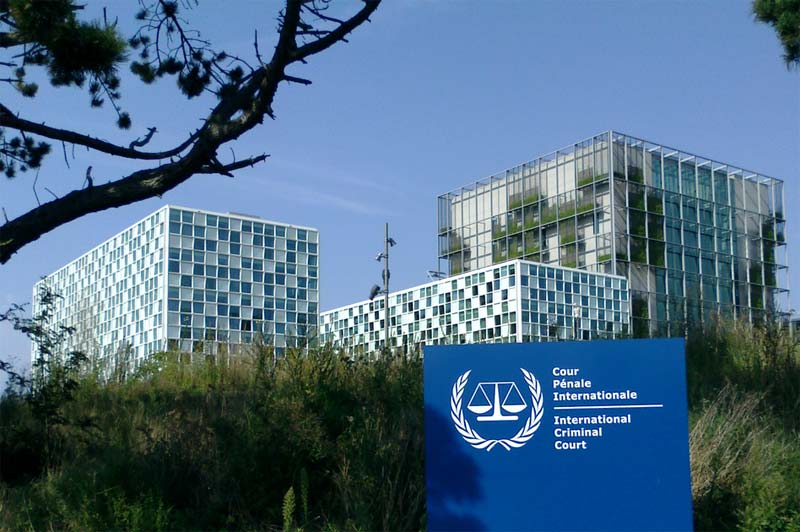 Should an unaccountable United Nations court, created by a treaty to which the United States is not a signatory, and that the Senate has not ratified, be allowed to investigate, try and imprison American citizens? Unfortunately, this is no longer a theoretical question.

In November, the chief prosecutor of the International Criminal Court (ICC) at The Hague, Fatou Bensouda, announced she was seeking a formal investigation into alleged war crimes committed by U.S. military forces and CIA officers in Afghanistan. Bensouda -- a Gambian lawyer who is answerable to no government or institution -- claims unbridled power to investigate, charge and prosecute American citizens, no matter what the U.S. government says.

A pretrial chamber of the court, made up of judges from Hungary, France and Benin, reportedly will approve her request in the coming days. Who gave these foreign magistrates the right to try U.S. citizens, whose government never assented to the court's jurisdiction through our own democratic institutions? No one. And, yet, they are preparing to exercise this supranational power for the first time.

That will not happen if the Trump administration has anything to say about it.

In a speech this week to the Federalist Society, national security adviser John Bolton delivered a stark warning to the ICC: "If the court comes after us ... this administration will fight back to protect American constitutionalism, our sovereignty, and our citizens. No committee of foreign nations will tell us how to govern ourselves and defend our freedom." Should the court act against U.S. citizens, Bolton said, the United States will bar ICC judges and prosecutors from entering the country, sanction their funds in the U.S. financial system and prosecute them in the American criminal-justice system.

I know something about the ICC, because I was present at its creation.

In 1998, as a staff member for the Senate Foreign Relations Committee, I attended the Rome conference where the treaty was negotiated. The committee's chairman, Sen. Jesse Helms (R-N.C.) warned that, unless checks were placed on the ICC prosecutor's unfettered discretion to prosecute U.S. citizens -- including a U.N. Security Council "screen" that would permit the United States to veto cases going forward -- the Rome treaty would be "dead on arrival" in the Senate. When those protections were rejected, Helms introduced the "American Servicemembers' Protection Act" to bar U.S. cooperation with the ICC and to punish the court for any efforts to prosecute Americans.

The measure was approved in 2002 by a bipartisan 75-to-19 vote. So not only has the Senate not ratified the ICC treaty, it has explicitly authorized the president to use "all means necessary" -- including military force -- to shield American citizens from ICC prosecution.

We were told back then that all of this was unnecessary, and that the idea a rogue ICC prosecutor would ever go after Americans was ridiculous. The court would focus on grievous human-rights abuses by the world's tyrants, not on democracies with robust and transparent legal systems capable of policing their own citizens. That was a lie.


Not only is the ICC threatening Americans, it has our democratic ally, Israel, in its crosshairs.

In 2015, Bensouda opened a preliminary investigation of Israel for actions defending itself against Palestinian terrorist attacks in the West Bank and Gaza -- despite the fact that the court has no jurisdiction because Israel is not a party to the treaty, and because Palestinian territories cannot be a "state party" to the treaty considering they are not a "state."

In May, the Palestinian Authority's foreign minister, Riyad al-Maliki, traveled to The Hague to hand over a criminal referral against Israel and to urge the court to indict and prosecute Israeli officials.

The ICC is not just a threat to U.S. citizens and our democratic allies -- it is a hindrance to democratic change. Since the end of the Cold War, almost every peaceful transition from dictatorship to democracy has involved some form of amnesty. The existence of the ICC makes it more difficult to convince dictators to step down, because the option of safety in exile has effectively been eliminated.

Without a credible guarantee that they will remain unmolested abroad, dictators may well decide they are better off holed up in their palaces. The lesson to tyrants such as Venezuela's Nicol s Maduro, Nicaragua's Daniel Ortega, or Iran's ayatollahs is clear: If the people rise up, it is safer to fire on the crowds than to flee.

By taking on the ICC, the Trump administration is not just protecting U.S. citizens and American sovereignty -- it is striking a blow for democracy across the world.