The Day After Labor 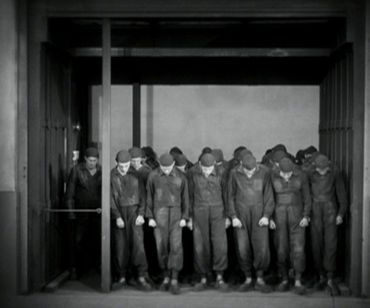 Happy Labo(u)r Day! That's what the day used to be about: putting the "u" in Labor. You can't spell labour without you, and without you and your labour this planet would be a primitive state of nature, red in tooth and claw. Consider the words of Peter J McGuire, General Secretary of the Brotherhood of Carpenters and Joiners, proposing the very first Labor Day a mere century-and-a-third ago. The new day would be an occasion, he said, to honor those "who from rude nature have delved and carved all the grandeur we behold".

What a crazy! All the grandeur we behold comes from man and his work? What fossil fuel is he inhaling? Today, rude nature is the state we aspire to, and you can't even delve and carve a Keystone pipeline underneath it, out of sight. Labor itself, in the sense Mr McGuire used the term, is morally dubious among our elites, and, down at the other end, simply unknown. A statistic from my book After America,

One fifth of British children are raised in homes in which no adult works. Just under 900,000 people have been off sick for over a decade, claiming "sick benefits", week in, week out for ten years and counting.

By 2012, one tenth of the adult population had done not a day's work since Tony Blair took office on May 1st 1997 - a decade and a half earlier. In such households, the weekday ritual of rising, dressing, and leaving for gainful employment is entirely unknown. In many parts of America, the "conversation", as they say on MSNBC, is between the dependent class and the governing class that ministers to them and keeps them (more or less) in line. If you're a convenience store owner in, say, Ferguson, Missouri, your low-skilled service jobs are the only labor on offer, and, for your pains, you get burned and looted by the dependent class while your 911 calls go unanswered by the governing class, both of which you fund.

Now there's a glimpse of the world to come, for those who wish to ponder it. Of course, nothing dates quicker than the future, as I suggested in this Labour Day column from Canada's National Post sixteen years ago:

This Labour Day, I thought about the working class, the masses.

No, honestly, I did. Okay, I was on the beach, but the folks around me lying on the sand had jobs they'll be getting back to this morning. They worked. They would be classed as workers. But they're not an homogeneous "working class", they're not conscripts in Karl Marx's "masses". The transformation of Labor Day, from a celebration of workers' solidarity to a cook-out, is the perfect prĂ©cis of the history of Anglo-American capitalism.

If you want to see what "the masses" are meant to look like, you can't do better than Metropolis, Fritz Lang's 1926 expressionist masterpiece. On the movie's 90th birthday last year, I spoke to Tom Gunning, author of The Films of Fritz Lang. Click below to watch:

It's a magnificent film, and a lot of its assumptions - the big surveillance state - remain highly relevant. But its conception of work isn't exactly the way it panned out: The workers are slaves, living underground, chained to the levers, wheels, cranks and cogs of a vast machine, dehumanized by the crushing anonymity of their servitude, etc, etc.

Alas, nothing dates faster than a futuristic vision: Today, the nightmare that beckons is quite the opposite. Instead of a world in which the workers are forced to operate huge, clanking machines below the earth all day long, the machines are small and silent and so computerized no manpower is required and the masses have to be sedated by shallow, shiny distractions that enable you to watch Metropolis on a pocket gizmo an-inch-and-a-half wide.

What comes after the Labor Day cook-out? Big Government decreases social mobility, which has spent the new millennium declining remorselessly in America. Dependency ultimately leads to a society as rigid as that of Metropolis. The elites, as Michelle Obama did, do a little light diversity outreach for 350 grand a year; the middle classes man the Department of Paperwork; and beneath them is a vast dysfunctional underclass that, if you're lucky, is too torpid to riot too often. It's a subtler vision of hell than Fritz Lang's, but just as hellish. Here's another excerpt from After America:

Once upon a time, millions of Americans worked on farms. Then, as agriculture declined, they moved into the factories. When manufacturing was outsourced, they settled into low-paying service jobs or better-paying cubicle jobs â€” so-called "professional services" often deriving from the ever swelling accounting and legal administration that now attends almost any activity in America. What comes next?

Or, more to the point, what if there is no "next"?

What does the day after labor look like? In The [Un]documented Mark Steyn, I write:

What do millions of people do in a world in which, in Marxian terms, "capital" no longer needs "labor"? America's liberal elite seem to enjoy having a domestic-servant class on hand, but, unlike the Downton Abbey crowd, are vaguely uncomfortable with having them drawn from the sturdy yokel stock of the village, and thus favor, to a degree only the Saudis can match, importing their maids and pool-boys from a permanent subordinate class of cheap foreign labor. Hence the fetishization of the "undocumented", soon to be reflected in the multi-million bipartisan amnesty for those willing to do "the jobs Americans won't do".

So what jobs will Americans get to do..?

Consider Vermont. Unlike my own state of New Hampshire, it has a bucolic image: Holsteins, dirt roads, the Vermont Teddy Bear Company, Ben & Jerry's, Howard Dean... And yet the Green Mountain State now has appalling levels of heroin and meth addiction, and the social chaos that follows. Geoffrey Norman began a recent essay in The Weekly Standard with a vignette from a town I know very well â€” St Johnsbury, population 7,600, motto "Very Vermont", the capital of the remote North-East Kingdom hard by the Quebec border and as far from urban pathologies as you can get. Or so you'd think. But on a recent Saturday morning, Norman reports, there were more cars parked at the needle-exchange clinic than at the farmers' market. In Vermont, there's no inner-city underclass, because there are no cities, inner or outer; there's no disadvantaged minorities, because there's only three blacks and seven Hispanics in the entire state; there's no nothing. Which is the real problem.

Large numbers of Vermonters have adopted the dysfunctions of the urban underclass for no reason more compelling than that there's not much else to do. Once upon a time, St Johnsbury made Fairbanks scales, but now a still handsome town is, as Norman puts it, "hollowed out by the loss of work and purpose". Their grandparents got up at four in the morning to work the farm and their great-great-great-whatever-parents slogged up the Connecticut River, cleared the land, and built homes and towns and a civilization in the wilderness. And now? A couple of months back, I sat in the cafĂ© in St Johnsbury, and overheard a state bureaucrat and a Chamber of Commerce official discuss enthusiastically how the town could access some federal funds to convert an abandoned building into welfare housing...

What does every initiative of the Obama era have in common? Obamacare, Obamaphones, Social Security disability expansion, 50 million people on food stamps... The assumption is that mass, multi-generational dependency is now a permanent feature of life. A coastal elite will devise ever smarter and slicker trinkets, and pretty much everyone else will be a member of either the dependency class or the vast bureaucracy that ministers to them. And, if you're wondering why every Big Government program assumes you're a feeble child, that's because a citizenry without "work and purpose" is ultimately incompatible with liberty. The elites think a smart society will be wealthy enough to relieve the masses from the need to work. In reality, it would be neo-feudal, but with fatter, sicker peasants. It wouldn't just be "economic inequality", but a far more profound kind, and seething with resentments.

Labor Day is an appropriate occasion on which to reflect upon the dignity of work and self-sufficiency and its indispensability to a civilized society. There may be something down the pike that can replace it, but, on the evidence so far, welfare, minimum-wage service jobs, heroin and meth aren't it. Which is why Donald Trump won the election.

On which cheery note, enjoy the rest of the holiday. It marks traditionally the end of summer, so remember, all you fair-weather antifa rioting types: you don't wear black after Labor Day.