Vanquishing the Angel of Death 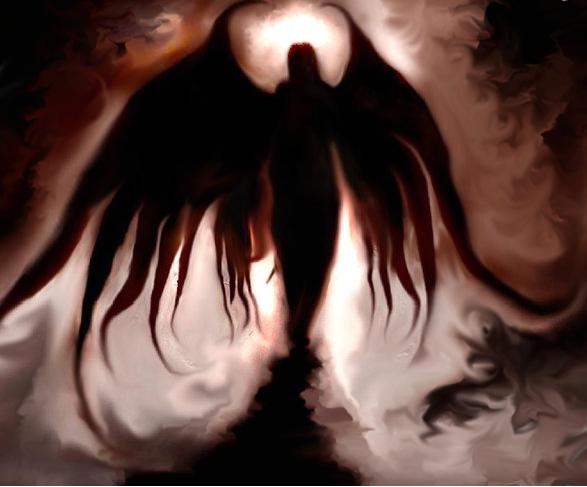 “In the next world, who is important? Who is honorable? Who is complete.”

Articles reporting on Joan Rivers' funeral this week said that she did not want a rabbi droning a eulogy but asked for Meryl Streep "crying in five different accents" and also wanted a wind machine so that even in the casket her hair would be "blowing like Beyonce's." She said that she had so much plastic surgery that when she died she was donating her body to Tupperware.

This funny first lady of New York will be missed but she might have taken a page out of the Talmud's playbook on death.

One sage, Rava, sat beside the deathbed of Rabbi Nachman. Rabbi Nachman had a favor to ask of his friend and colleague: "Master, tell the Angel of death not to torment me," as if a human being could give this scary figure advice.

Rava did not feel the conversation was necessary: "Are you not an important person?" The Angel of Death should respect Rabbi Nachman's scholarship and piety and leave him alone. That's when Rabbi Nachman quipped, "Who is important?" When the Angel of Death knocks, it matters little the pedigree or accomplishments of the human being who stands before him.

But Rabbi Nachman did grant Rava something.

Rava wanted to know -- as we all do -- what the next world would be like. He asked his teacher to return to him in a dream and let him know.

"Master, did you have pain in death?" With the gentle guidance of a sage, Rabbi Nachman assured Rava that death was not painful at all: "Like the removal of hair from milk." It was painless. But, Rabbi Nachman added, if G0D told him to go back down to earth and die again, he would refuse because his fear of the Angel of Death was so great.

Rabbi Chisda, on the other hand, never stopped studying for a moment so the Angel of Death could not take him until he devised a plan. He sat on a column that was holding up the roof of the study hall causing some shift in the weight and balance of the structure, and when Rabbi Chisda was startled by the momentary sound of the cracking and picked his head up from his studies, the Angel of Death had his chance.

Joan Rivers had more than enough chutzpa to speak back to the Angel of Death. Maybe she told him some jokes and he did not like them. But if we could argue our merit to the very same Angel of Death, tell him [or her] that we deserve to stay here longer because we have important business to attend, what would you say?

If you can give a compelling self-defense of your purpose here, then mean it, mine it and celebrate it now because we don't know when that knock will come. These thoughts on our mortality dominate us as we approach our Days of Awe. "Repent the day before you die," we learn in Ethics of the Fathers. We don't know when that last day will be so our job is to make this day worthy.