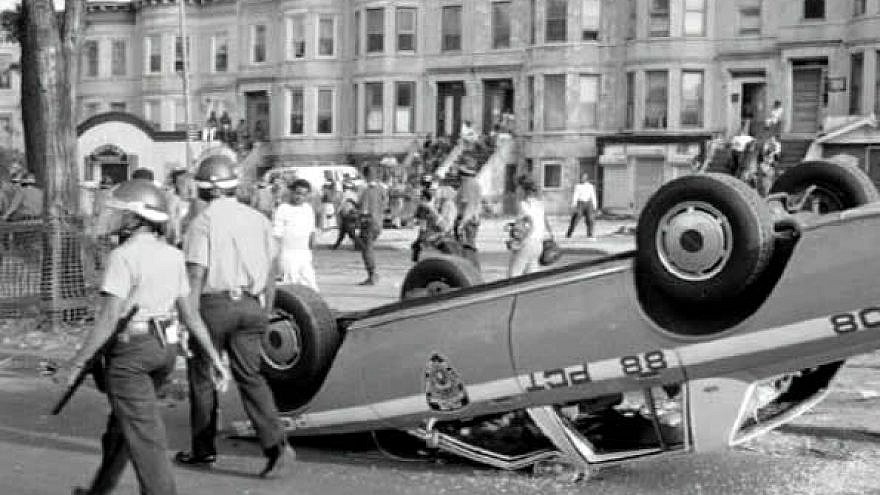 Three decades have passed since the Crown Heights pogrom, and any assessment of the memory of that tragic event must start with an acknowledgment that New York City is a very different place than it was in August 1991.

It's also true that the series of events that set in motion three days of violent rioting during which African-Americans targeted ultra-Orthodox Jews were complicated, as well as the result of a set of circumstances that were in some ways peculiar to that time and place.

Distance from the trauma has also induced a fair amount of revisionism that has only grown over the years.

Many claim that to call it a pogrom is an exaggeration in spite of the fact that Jews were set upon and one — 29-year-old Australian graduate student Yankel Rosenbaum — was murdered simply because he was identifiably Jewish.

That point was made in an anniversary article published in The Forward, whose main conceit was to claim that the voices of black Jews have not been sufficiently heeded. The claim that the rioters targeting Jews were not against Jews per se, but merely those they identified as white and members of the Chabad-Lubavitch movement, is absurd. That's especially true since the same piece in which a black family's heroism in shielding white Jews by hiding them in their car — lest they be torn apart by the rampaging mob — is lauded also depicts a scene that could easily be transposed to similar events in tsarist Russia or British Mandate Palestine when Jews were slaughtered just because they were Jews.

Nor is this new. As an analysis published in The Wall Street Journal noted, efforts to downplay the murderous nature of the riots or their anti-Jewish intent have been legion. From the start, publications like The New York Times and others sought to shift the blame for what happened to the Jews. The hatred and prejudice against Jews shown by the rioters was pushed aside by those eager to blame what happened on their behavior, or their supposed greater influence and affluence. Posing a moral equivalence between an unfortunate traffic accident that caused the death of a black child — 7-year-old Gavin Cato — and the cold-blooded stabbing of Rosenbaum continues to be put forward in order to alter the understanding of what actually happened.

Equally important was the attempt to deny the way certain local black leaders, such as Revs. Herbert Daughtry and Al Sharpton, helped incite the rioters with inflammatory rhetoric about Jews being "diamond merchants" who were "getting away with murder."

Since then, Daughtry, who had previously led a racist boycott of businesses owned by Korean-Americans by local blacks, has been largely forgotten. Sharpton has undergone a drastic makeover in the mainstream press from shameless liar and race-baiter to a supposedly respectable civil-rights leader and cable-TV commentator. Their roles in this drama are largely forgotten by everyone but students of history. The same can be said for the role played by the late Mayor David Dinkins (New York's first black mayor) and his Police Commissioner Lee Brown, whose initial refusal to send in police officers to stop the rioters, rather than merely attempt to contain them, allowed the terrorizing of Jews to continue from Aug. 19 through Aug. 21.

Equally forgotten is the way an instance of jury nullification led to the acquittal of the member of the mob who actually murdered Rosenblum — Lemrick Nelson Jr., who had literally been caught with the knife stained with his victim's blood. Subsequently, Nelson was convicted and sentenced to 10 years in prison on a charge of violating Rosenblum's civil rights; however, his initial acquittal must be understood as evidence that sympathy for the rioters was greater among some New Yorkers than for their victims.

As shocking as the spectacle of a mob of people attacking Jews in America's largest city in full view of the television cameras, the passage of 30 years has rendered it ancient history to most people. That is certainly true of the vast majority of American Jewry that is non-Orthodox, whose reactions to the pogrom were muted at best at the time, and now consider it — if they think of it at all — as irrelevant to their current concerns.

The reason why the Crown Heights riots resonate so much today is not just because we should continue to honor Rosenblum's memory, but because what happened in 1991 was a harbinger of the ideas that are behind the contemporary surge in anti-Semitism.

A look back at the rhetoric used then (and even today by those who seek to minimize or rationalize the anti-Jewish violence) shows that it was primarily focused on the notion that the ultra-Orthodox, and in particular, the Chabad movement, whose members lived in Crown Heights and were the targets of the mob, possessed a degree of "white privilege" that blacks were denied.

This should sound very familiar to us in 2021. In the last year since the death of George Floyd, the idea of white privilege has not only served to justify last year's riots, committed in the name of the Black Lives Matter movement, but remains key to understanding the dialectic of critical race theory — a toxic patent nostrum that has migrated from the fever swamps of academia to mainstream discourse.

Critical race theory divides us all into groups in which we are either victims or possessors of privilege who benefit from what we are told is structural racism embedded into everything that happens in society. Nor is it an accident that the Black Lives Matter movement and its theorists, like Ibram X. Kendi, are prominent advocates of the notion that Jews, who come in all colors and nationalities, are white, and that the State of Israel is an expression of oppressive white privilege.

Myths about Jewish privilege helped justify an anti-Jewish riot in 1991, even though that was patently absurd since the Jews of Crown Heights had so little privilege that they were not even able to get the city government and police to take their plight seriously for days. But the same myths about privilege and conspiracy theories by latter-day race-baiters helped fuel not only the appalling attacks on Orthodox Jews in Brooklyn in 2019, but also the anti-Jewish violence that took place on the streets of American cities in May of this year in reaction to the fighting between Israel and Hamas terrorists in Gaza.

Some may argue that the particular circumstances that created the pogrom in Crown Heights are not likely to recur. The truth is that the same justifications for anti-Semitic violence used then are no longer relegated to the margins of society, and are now treated as respectable ideas taught on college campuses and given deference by the press and government.

A three-day riot against Jews may not be imaginable today, but Americans witnessed weeks of riots in the name of the BLM movement last summer with police similarly unwilling to step in to stop them. Not only is it easy to imagine a new round of Jewish violence in America, we've already witnessed it happen again with many Jews as indifferent to it today as they were to what happened in Crown Heights.

That means that not only are we still obligated to remember the events of August 1991, but we should also understand that far from being marooned in a dark past, the lies that helped kill Yankel Rosenblum have actually gained traction among intellectuals and popular culture.

We ignore the consequences of legitimizing critical race theory and its advocates at our own peril.