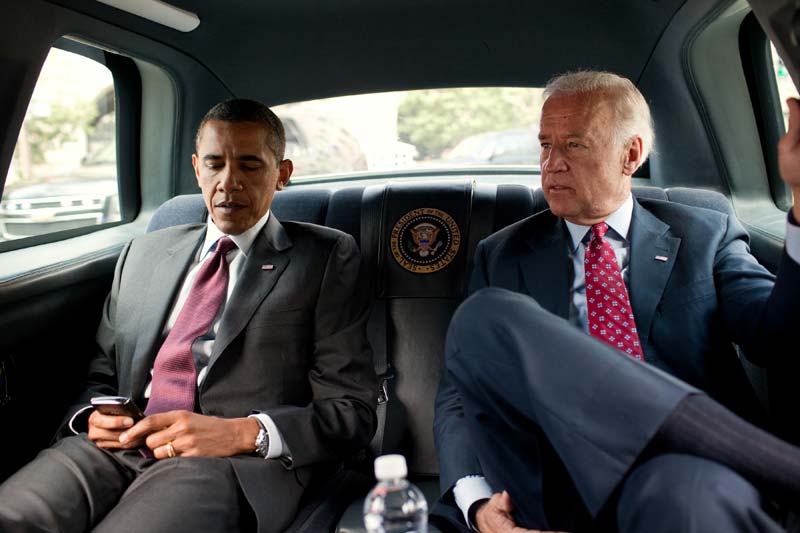 President Joe Biden has tried to shift the responsibility to his predecessors and to just about everyone but himself regarding the situation in Afghanistan, which is a colossal disaster. It demonstrates how ill-prepared the president and his staff were to deal with an entirely predictable catastrophe that they had helped create.

As bad his current predicament seems, Biden has an opportunity to segue from this calamity to something that would not only be productive but political gold. The only problem is that it would require him to pivot away from his current course in which he is acting as if he is leading the third term of the Obama administration and to contradict the beliefs of almost all of those who serve on his foreign-policy team.

After Afghanistan, the rest of the world is looking at the United States as a declining world power. The man who has ceaselessly boasted of his diplomatic expertise and that under his leadership, "America is back," now finds his reputation and his credibility in tatters.

That leaves the administration and the foreign-policy establishment, whose members largely comprise Biden's top advisers, in desperate need of a triumph of some sort. They may be counting on the public's lack of interest in foreign policy to give them a pass for their blunders.

Still, the terrible pictures coming out of Afghanistan and the fact that there are still thousands of Americans left behind as potential hostages as well as an untold number of Afghans who served as U.S. allies similarly being left to their fate, can't be ignored. That means that Biden is going to want to do something soon to distract the country from a narrative about his incompetence.

Unfortunately, the most likely option for the Biden team involves doubling down on their desire to revive former President Barack Obama's 2015 Iran nuclear deal. A rapprochement with Iran was the administration's foreign-policy priority with the expectation when they took office in January that they would easily achieve their goal.

But rather than happily accept Biden's tempting offer, the Iranians have proved themselves once again to be tough bargainers. They've made new demands that range from the implausible, such as having Congress repeal the extra sanctions imposed by the Trump administration for the Islamic regime's role as a state sponsor of terror, to the constitutionally impossible, such as having the administration guarantee that any successor won't overturn the agreement. The latter would require its passage as a treaty rather than merely an agreement, which would require a two-thirds affirmative vote in the Senate.

Neither is going to happen, though judging by the Iranian's bargaining skills, which were on display during the negotiations for the 2015 agreement, Iran is counting on Biden being as desperate as Obama was to get a deal, no matter what the price. At the very least, that would probably mean a reinstatement of the old pact with various side deals thrown in to make it even more lucrative for a regime that is in dire economic distress in large part due to the Trump administration's sanctions.

Given Biden's current dilemma, you can count on him and his cheerleaders in the mainstream media to represent any agreement with Iran as a diplomatic triumph. In reality, a decision to up the ante on Iran appeasement would actually dig Biden an even deeper hole than the one he's in now. It would not only further alienate Israel and the Arab states, which have been forced into each other's arms in no small measure because they believed that Obama's pro-Iran tilt betrayed their security interests. It would also make regional conflict in the Middle East — where an Iran that would be further enriched and empowered is already doing its best to stir up trouble with its Hamas and Hezbollah terrorist allies and auxiliaries — much more likely.

By appeasing Iran, Biden would set the stage for what might be a series of bloody conflicts along Israel's borders, as well as those targeting its Arab allies, which could destabilize the region with unknowable consequences.

That said, Biden has a much better option than such a dismal prospect. The main obstacle is that it would be harder to persuade his foreign-policy team to pursue it than it would to sell it to the American people.

All he has to do is to put his foreign-policy team to work on an effort to expand the Abraham Accords. The normalization agreements between Israel, and the United Arab Emirates and Bahrain, were first agreed upon in August of 2020 and solemnized in a White House ceremony the following month. Later that year, Sudan and Morocco were added to the roster of Arab and Islamic countries that had diplomatic relations with the Jewish state. There are others waiting to join that list, and all it would take would be some encouragement from the United States.

But they haven't gotten any since January for two reasons.

One is that the Biden team wants nothing to do with anything associated with former President Donald Trump. The other is that most of the people back in charge of American foreign policy — a group composed of veteran members of the establishment and young left-wingers — don't actually believe in the Abraham Accords.

The idea that Arab countries view Israel as a strategic ally against Iran, as well as an economic partner, goes against everything they believe about the conflict in the Middle East. They are still convinced that the only legitimate path to peace is by brokering an agreement between Israel and the Palestinians. In their minds, that means a two-state solution and an Israeli withdrawal to the 1967 lines with only minor adjustments while throwing hundreds of thousands of Jews out of their homes and replicating the current mess in Gaza on a grand scale in the West Bank. The Palestinians — both the Fatah "moderates" who govern the West Bank and the radical Islamists of Hamas who run Gaza — have no interest in two states or peace. But for American diplomats and foreign-policy wonks, belief in this concept is a matter of what can only be described as religious faith since it requires one to disregard the facts.

While Biden has not sought to overturn the Abraham Accords, neither he nor his staff has shown the least interest in expanding them.

As historian Michael Oren, who was Israel's ambassador to the United States from 2009 to 2013, told me in an interview, Biden's people are "looking for Sadats" (a reference to Egyptian leader Anwar Sadat who made peace with Israel in 1977), but in the wrong places. There are other Muslim and Arab leaders who understand that Israel isn't their enemy, and can help them both strategically and economically. But they aren't to be found in either Tehran or Ramallah.

Giving up on the impossible (a two-state solution with the Palestinians) or the dangerous (the appeasement of Iran) would be painful for Biden's staff, many of whose members, especially at the lower level, have little love for Israel.

But as Oren points out, for all of his arguments with Israel's leaders, Biden thinks of himself as someone who cares deeply about the Jewish state. Expanding the Abraham Accords would be an easy diplomatic win as well as make the region safer and more stable, something that is more important than ever in the wake of the Afghanistan disgrace.

Unfortunately, there is little indication that Biden will choose this path. As former Secretary of Defense Robert Gates famously noted in his memoir, Biden has been consistently wrong about every foreign-policy issue facing the United States for 40 years. It would be totally out of character for him to discard Obama's policy catechism. Nevertheless, it would be the best thing for the Middle East, American interests and Biden's political prospects.