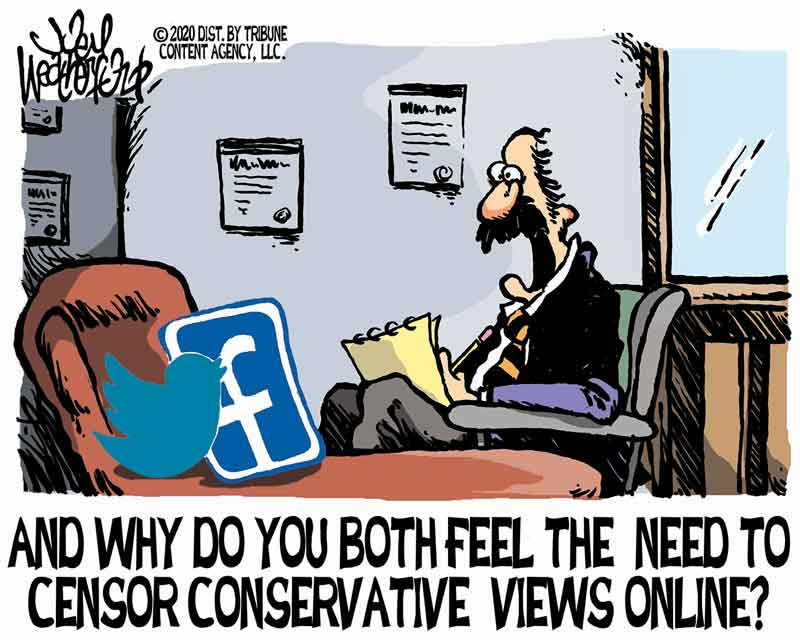 YouTube says Paul violated their COVID-19 misinformation policy when he told an interviewer, "Most of the masks you get over the counter don't work ... virus particles are too small and go right through."

Paul didn't make that up.

Properly worn N95 masks are effective, but two peer-reviewed studies suggest that simple masks might not work at all.

But the studies aren't perfect, so Paul shouldn't use phrases like "no value." But give him a break; that's how people talk! It's good if he tells people not to trust cloth masks.

Unfortunately, YouTube bans any video that contradicts pronouncements of the World Health Organization. The rule makes it impossible to criticize WHO policy, even though one WHO video says "wear a mask regardless of the distance from others."

WHO bureaucrats aren't perfect. They made many mistakes during COVID-19. Other health "experts" once rejected germ theory and told people with ulcers to drink milk.

Such mistakes got corrected through criticism and debate. But YouTube now forbids that!

Last month, Paul got into a heated debate with Dr. Anthony Fauci over money the National Institutes of Health gave to Chinese scientists. Paul asked if it was used to do "gain-of-function" research (science that makes diseases deadlier— to learn more about them).

Paul didn't suggest that the experiment the U.S. government funded created COVID-19. It didn't. We know that because of COVID-19's molecular structure.

But gain-of-function is still risky science that deserves public discussion. The NIH did fund pre-pandemic experiments at Wuhan that combined coronaviruses to see if they could infect humans.

"Does Fauci respond and explain to us in a reasonable fashion, why he thinks it's not gain of function? No! He calls me a liar," says Paul.

Fauci did once write that even if a pandemic did occur from such research, "benefits ... outweigh the risks."

Yet the media attacked Paul's judgement instead, smirking at what they called his "conspiracy theories." Social media companies even banned suggesting that COVID-19 was man-made!

"Never before could a couple of companies just shut conversation off," I say to Paul.

"That's a real danger to scientific and journalistic inquiry," he replies. "The advancement of knowledge requires skepticism ... debate on both sides. (But) these monolithic social media companies are determining what the truth is."

Well, what they say truth is.

Maybe they banned the Chinese lab-leak idea because former President Donald Trump expressed it. But Trump lying a lot doesn't make everything he says false.

There was actual evidence of a lab leak. American diplomats warned of risky experiments at the Wuhan lab before the pandemic. Three workers there got COVID-19 symptoms before the disease appeared elsewhere.

Only when that became public did Fauci say, "It could have been a lab leak." Then President Joe Biden ordered an investigation.

Suddenly, Facebook unbanned the theory. Its previous censorship relied on its sloppy and biased "fact-check" group, "Science Feedback," which has smeared me twice in the past.

What other important truths does censorship conceal? We'll never know when Facebook/Twitter/YouTube only allow us to hear one side.

Paul says he's eager to "tell everybody how much they suck."

Unlike some in Congress, he doesn't want to regulate social media. He wants competition.

They "will ultimately destroy their platform," says Paul. "Somebody ... is going to make a billion dollars when they develop the new Facebook."

Paul helped create a site called Liberty Tree, where libertarian-leaning politicians share ideas. He and I are both on YouTube competitor Rumble.

Those sites are good. The problem with them is that most participants are already knowledgeable about liberty.

"We lose something by not talking to the other side," I tell him.

Paul says he worries less about that because his Twitter feed is full of "idiots (and) imbeciles."

I hate the bias and censorship.

But more debate — is the only way we learn.