Biden's rebuff to Supreme Court on eviction ban will backfire 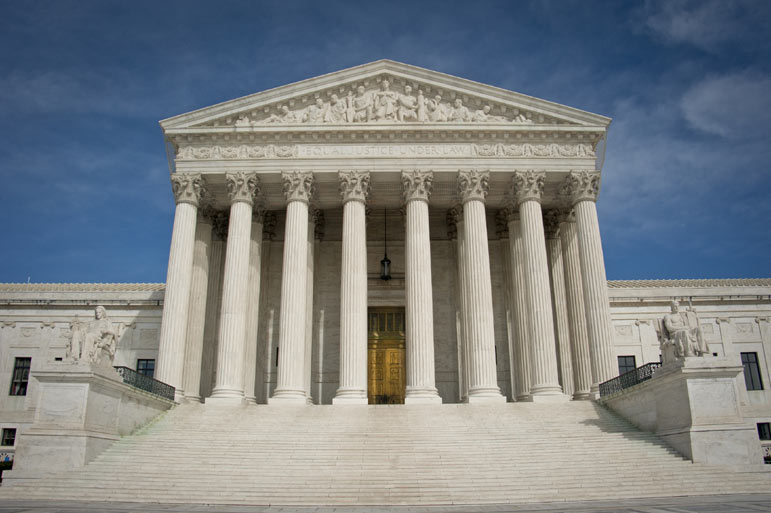 Joe Biden may have humanitarian motives for extending the Centers for Disease Control eviction ban that the Supreme Court has already deemed unlawful. But it is both bad constitutional law and bad constitutional politics to flout the court's judgment — especially because Justice Brett Kavanaugh had already cast a compromise vote intended to allow the ban to stay in place until Congress could extend it.

The justices will rapidly reject the extension, and its enduring symbolism won't be that of helping people but of alienating the court and its new swing justice, Brett Kavanaugh. If Donald Trump had done something like this, liberals would be justifiably worried that he was undermining the rule of law.

The legal background to the extension is that in late June, the Supreme Court issued an emergency decision after it was asked block the moratorium on evictions that was in any event scheduled to expire on July 31. Four conservative justices voted to end the moratorium early, agreeing with a federal district court that the moratorium exceeded the lawful authority of the CDC.

Chief Justice John Roberts indicated that he would have left the order in place. As a result, the key vote was Kavanaugh's.

In a one-paragraph statement, Kavanaugh said that because the moratorium was set to end in "only a few weeks," he would vote to leave it in place. But he explained in no uncertain terms that "in my view, clear and specific congressional authorization (via new legislation) would be necessary for the CDC to extend the moratorium past July 31."

In other words, Kavanaugh technically voted with the liberals and Roberts, while substantively siding with the conservatives.

The fact that Kavanaugh was offering both pragmatism and a compromise deserves recognition and acknowledgment. The authority of the CDC to issue a moratorium on a social policy issue with an indirect connection to preventing disease was always in question, and reasonable people could differ on it. By allowing moratorium to expire and inviting Congress to act, Kavanaugh was making an entirely sensible judgment.

Congress could and should have acted. For it to create such a moratorium on evictions would be lawful; and Kavanaugh, in his statement, foreshadowed that he would vote to uphold such a ban, whatever his more conservative colleagues might do. There was a simple solution available, and Kavanaugh laid it out.

When Congress failed to act, pressure built on President Joe Biden to extend the moratorium unilaterally. In the most technical sense possible, it could be argued that the extension doesn't violate the court's decision, since the June decision involved the existing ban, not the new one. A stronger argument, however, is that the Kavanaugh statement indicates that there are five votes to hold the new ban unconstitutional — and that it was therefore unlawful for Biden to do so.

The president knows this. He told the press that his administration had surveyed the opinions of constitutional scholars, and that most thought an extension would be unlawful. Yet under political pressure from the left, Biden nevertheless ultimately decided to issue the extension.

The upshot is that the Supreme Court will be asked to reject the ban, and certainly will. In practical terms, therefore, the extension will likely not buy more than a few days (or maybe only hours) for people in danger of eviction.

But it's worse than that. Any president is always in an ongoing dialogue with the Supreme Court. Both branches of government are also talking to Congress.

In this instance, the relevant beat of the dialogue was Kavanaugh saying to the Biden administration that he didn't want to put people out on the street, but that in order to respect the Constitution, the Biden administration must go to Congress to extend the ban. Instead of acknowledging and respecting this point, Biden essentially told Kavanaugh that he was going to ignore him.

Ignoring the swing justice when he is being reasonable and compromising is a terrible idea for a president. An example was when Trump ignored Chief Justice Roberts's compromise offer in the form of the regrettable Trump v. Hawaii decision in which Roberts voted to uphold Trump's Muslim ban in its version 3.0.

Beyond being tactically foolish, Biden's action reflects an inappropriate degree of disrespect for the authority of the Supreme Court. When Trump took executive action violating a constitutional line that the justices had clearly delineated, liberals were justifiably up in arms.

That's essentially what Biden has now done. It's bad for the rule of law, whatever technical argument can be made that it isn't absolutely lawless.

In all sympathy for potential victims of eviction, it must be said that Biden hasn't helped them today — nor has he helped restore faith in the Constitution and the laws.