Gender Is a Construct --- Except When It's Not 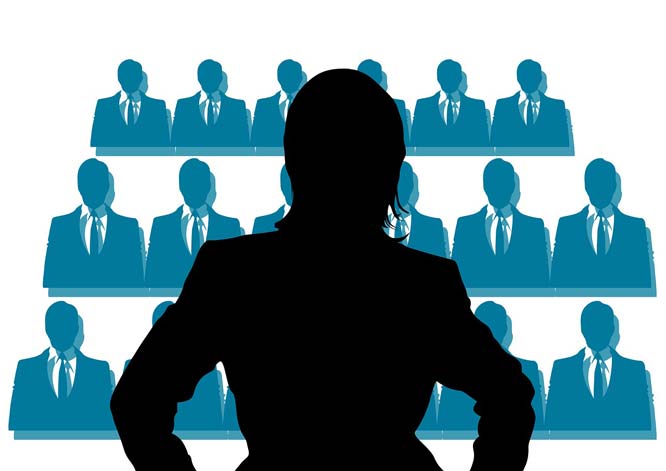 A foundational tenet of academic feminism holds that alleged differences between males and females are socially constructed. This credo usually maximizes the opportunities for charging sexism, yet it will be discarded in an instant if acknowledging the innate biological and psychological differences between men and women yields an additional trove of feminist complaint. The current issue of the Yale Alumni Magazine shows how the game is played.


For years, medical research neglected "sex and gender differences" in health, according to the magazine. "Historically, the narrative of medicine has been driven by data derived from white men around the age of 40," the associate dean for curriculum at the Yale Medical School told the magazine's reporter. Clinical trials only occasionally included females and when they did, the results were rarely analyzed by sex. It's mysterious why this alleged neglect should matter, if sex differences are "socially constructed." If males and females are the same psychologically and physically before the patriarchy starts assigning sex roles, then medical research need not distinguish between males and females, either.


It turns out, however, that males and females differentially respond to stress, environmental risk factors, drugs, and disease, as an initiative called Women's Health Research at Yale devotes itself to documenting. Among the relevant findings:


Two-thirds of all Alzheimer's patients are female;


Seventy-five percent of people with autoimmune disorders are female;


Adult females have twice the rate of depression as adult males;


Females have outbreaks of genital herpes at higher rates than males;


Women are more likely to abuse alcohol after trauma;


Males and females smoke for different reasons and have correspondingly different success rates with the nicotine patch;


The X and Y sex chromosomes, whose pairing determines a person's sex, influence how the other 23 chromosomes in each cell read the genetic instructions contained in DNA.

Such discoveries should be the death knell for social constructivism. Along with many others like them, they buttress the possibility that uneven sex ratios in various fields are in part the result of males and females' different average dispositions toward competition, risk, and abstract rather than people-centered work (an observation that got computer engineer James Damore fired from Google).

And yet, feminist social-justice warriors are perfectly capable of proceeding on several contradictory fronts simultaneously. Even as the director of the Women's Health Research at Yale initiative insists that it's time to "stop treating women as a subgroup of the human population" (because women are biologically and psychologically distinct from males), the magazine and its sources carefully follow the conventions of social constructivism. "Sex" is always paired with "gender" — as in, Yale's medical school needs to "include more instruction on sex and gender differences" — lest anyone think that sex is the same thing as gender and determinative of biological reactions.

An assistant professor at the medical school suggests asking students how the prognosis of a disease changes "if the patient identifies as a woman or a man." But if, as documented, females are not just a "subgroup of the human population," but physiologically and psychologically different, how a patient "identifies" should not change the prognosis. What matters is the patient's actual biological sex. (Perhaps the assistant professor simply means that a prognosis may change depending on whether the patient really is a woman or a man. Under that reading, the professor would be honoring constructivist gender conventions by substituting "identify" for the ruthlessly non-constructivist "is," while implicitly acknowledging the irrelevance of such gender conventions to medical diagnosis.)


Expect to see millions of taxpayer-derived research dollars directed toward the first reading — that someone's self-declared gender identity should be taken into account in diagnosing disease — even as the evidence piles up that males and females are not a political construction, but a biological one. Given that we are now up to over 100 different gender identities, the diagnostic complications will be enormous. Nevertheless, the march of academic identity politics through the institutions continues.