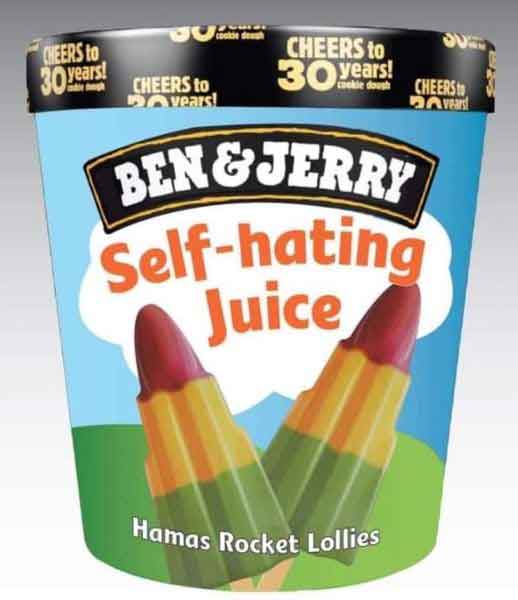 Even those who still pay lip service to the theoretical desire for a two-state solution to end the conflict with the Palestinians understand that the old "Green Line" border between Israel and the West Bank will never be resurrected. The idea that places like Jerusalem and its immediate suburbs — through which the armistice line that divided the Jewish state from areas illegally occupied by Jordan from 1949 to 1967 — will be ethnically cleansed of the hundreds of thousands of Jews who now live there is as absurd as it is offensive. Though the international community still treats every Jew who lives in these places as an "illegal settler," should the Palestinians ever decide to choose peace, even they know that Jewish neighborhoods in Jerusalem and the settlements will remain inside the Jewish state even in a theoretical two-state solution.

While there is a consensus inside Israel on this issue that stretches from the left to the right, many American Jews are still resolutely determined to ignore reality.

Mainstream Jewish groups like the Conference of Presidents of Major American Jewish Organizations, the American Jewish Committee, B'nai B'rith International and Hadassah, which represent the views of both liberals and conservatives, agreed with Lapid when they jointly condemned Ben & Jerry's. They called on Texas Gov. Greg Abbot to enforce his state's anti-BDS laws forbidding its government from having contracts with companies that engage in such discriminatory commercial conduct.

Texas is just one of many states that rightly treat BDS as just another form of illegal prejudicial behavior, which in this case is biased against Israel and Jews, just as other laws punish those who discriminate on the basis of race or religion.

Indeed, the backlash against the ice-cream company was such that this might well turn out to be a turning point in the ongoing battle against BDS.

But not if the Jewish left has anything to say about it.

Seeing the groundswell of resentment against Ben & Jerry's — and the utter irrationality of a move that would deny both Jews and Arabs in parts of Jerusalem and other places from purchasing their products — some "progressive" Jewish groups have mobilized in support of the company's boycott plans.

Eight liberal groups, including Americans for Peace Now, J Street and the New Israel Fund, have signed a letter supporting the company for what it claimed was a "principled" decision that is not incompatible with support for Israel.

They make the argument that there is a vast difference between a full-scale BDS boycott of Israel, which they say they oppose, and boycotting Jerusalem and the territories. The latter is, they claim, merely a protest against misguided Israeli policies and the existence of settlements they assert are an obstacle to peace. In that sense, they believe that such boycotts are not merely compatible with supporting Israel but support the Jewish state's best interests, even if few in Israel share their opinion.

Put that way, this BDS-lite adopted by Ben & Jerry's is merely a way to support the peace process.

But the problem here is twofold.

One is that the peace process that these boycott supporters say they're bolstering doesn't exist anymore. The Oslo Accords were blown up in the suicide bombings of the Second Intifada when the Palestinian Authority, along with Hamas, demonstrated that they had no interest in peace with the Jewish state on any terms. It's true that the legal distinction between Jewish communities in the West Bank and those inside the 1967 lines remains. However, the idea that you can boycott one part of the country — and in particular, Jerusalem — while not being tainted by a BDS movement whose purpose is the destruction of all of Israel is no longer viable.

To the Palestinians and their cheerleaders promoting BDS, every inch of Israel is "occupied Palestinian territory" — a term that has no meaning even when applied as it was by Ben & Jerry's to Jerusalem and the West Bank since at no point in history were they ever part of a Palestinian Arab entity or state.

Moreover, it's just as clear that these partial boycotts are merely way stations on road to full-scale BDS discrimination against all of Israel and its Jewish population.

Their claims that anti-BDS laws are a threat to free speech are equally false. Just as other anti-discrimination laws don't make it a crime to hate racial, ethnic or religious groups but punish those who engage in discriminatory business practices, the same is true of BDS hate. Companies that discriminate against Israelis should be shunned and denied government contracts on both the state and federal levels.

Much of the American left has accepted the catechism of critical race theory and intersectionality, which falsely claim that the Palestinian war to eliminate Israel is not merely morally equivalent to the struggle for civil rights in the United States but directly linked to it as a common battle against "white privilege."

The belief that Jews — whether people of color who trace their origins to the Middle East or from Europe — are "white," privileged and not indigenous to their ancient homeland is as irrational as it is mendacious. Yet to groups like Vermonters for Justice in Palestine, which spearheaded the pressure campaign against Ben & Jerry's and hopes to expand it, these toxic hate-filled ideas are the basis for their efforts to boycott Israel.

These anti-Zionist attitudes are at the heart of both BDS and BDS-lite. By declaring that Jews have no right to live in parts of Jerusalem or to their homes and holy places in "occupied territory," you have accepted the premise of intersectionality about the illegitimacy of the Jewish presence anywhere in the country.

Indeed, even these supposedly "pro-Israel and pro-peace" groups like J Street have no problem making common cause on college campuses and elsewhere with anti-Zionist organizations like Jewish Voices for Peace and IfNotNow, which traffic in anti-Semitic tropes and ideas.

Regardless of your politics or where you think Israel's borders should be if peace were possible, if you care about the right of the Jewish state to exist, then you should oppose actions like those of Ben & Jerry's and support enforcement of anti-BDS laws.

Propping up partial boycotts of Israel plays right into the hands of those who are opposed to peace on any terms. By seeking to defend Ben & Jerry's in this manner, these groups aren't defending a non-existent peace process or theoretical hopes for a two-state solution. What they're doing is providing Jewish cover for a movement whose aims are inherently anti-Semitic and which act as auxiliaries for terrorist groups that threaten Jewish lives.