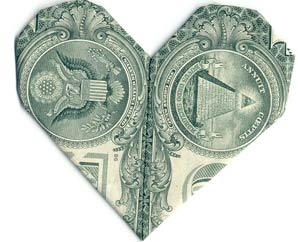 "Big business and big government are not enemies like a lot of people think they are," says American Enterprise Institute fellow Tim Carney. "When government gets bigger, whether it's through spending or taxes or regulation, the big guys, big business benefits."

Consider the $15 minimum wage. People think of that law as pro-worker. But big companies like Walmart, Costco and Amazon lobby in favor of it. Why?

Because big business can afford robots. Their competitors often cannot.

"Capitalism is a cutthroat thing," says Carney. "But this isn't capitalism. When you turn to government to regulate your competitors out of business, that's where we need to say this is wrong."

"Maybe you're too cynical," I suggest. "Maybe (Amazon boss) Bezos really just does want people to be paid more."

"If Jeff Bezos wants people to be paid more," Carney responds, "he can pay people more! But what Bezos is trying to do is outlaw competing business practices."

When the big toymaker Mattel was caught selling toys that contained lead, its lobbyists got Congress to force all toymakers to do expensive lead testing.

That sounds like they just want to protect children, I tell Carney.

"If you're trying to test 1,000 Barbie dolls," he replies, "that might be fairly efficient. But if you are a grandpa making little wooden handmade toys, you'd have to hire some third-party tester. That could cost you $1,000, and you're not going to sell your wooden toy for $1,000. It effectively outlawed handmade toys."

"Maybe what (Mattel) did," says Carney, "is say, 'This is our opportunity through regulation to kill some of our competitors!'"

At an international conference, Facebook founder Mark Zuckerberg said, "We don't want private companies making so many decisions about how to balance social equities without a more democratic process."

In other words: "Government, please regulate all of us."

Carney points out the catch.

"He's calling for a mandate that platforms impose some sort of artificial intelligence to weed out misinformation or hate speech. Facebook can afford that, but Zuckerberg's smaller competitors (like Odysee, Rumble, Parler) ... would struggle to pay the thousands of content moderators and the expensive artificial intelligence that Congress may require. New social media sites may never even start."

That last sentence is a key point that we often miss.

More than 100 years ago, Henry Heinz, founder of Heinz Ketchup, started using refrigerated rail cars because, says Carney, "he could get fresher tomatoes, and therefore he could make a ketchup that didn't rely on sodium benzoate as an artificial preservative."

"Everybody loved Heinz ketchup, and it rose up to be about half of the market," Carney continues. "But sometimes people who are half of the market want to be all the market. So Heinz himself started lobbying to outlaw sodium benzoate."

Sodium benzoate is a preservative that Heinz's competitors used. Heinz claimed it wasn't safe, but it is safe. It's still used in Sprite, Jell-O Kool-Aid Gels, and other foods.


Henry Heinz almost got those products banned, says Carney. "He almost got Teddy Roosevelt on board, which would have outlawed all of his competition. Sometimes businessmen hate nothing more than competition."

But competition is what helps us consumers most.

When big government colludes with big business to kill competition, we all pay the price.