Secure Law and Order in America 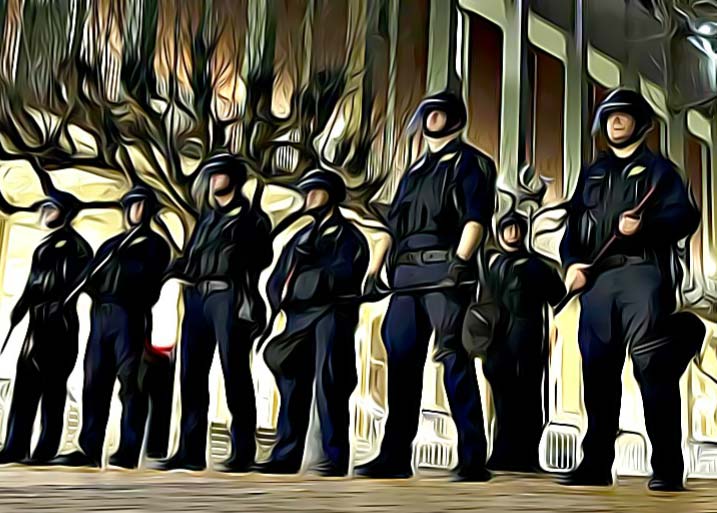 Over July Fourth weekend, according to CNN, at least 233 people were killed and 618 others were injured in more than 500 shootings across the country.

Unbelievably, those tragic statistics actually represent a 26% decrease from July Fourth weekend in 2020. But overall, violent crime in 2021 across the nation -- and especially in major urban corridors -- has only increased over 2020's horrific baseline. Nationwide murder rates in 2021 to date show a roughly 25% annual increase over 2020, and that number spikes to roughly 30% in our large cities. In New York City, there has been a 32% year-to-date increase in rape and a 42% increase in grand larceny.

Increasingly, Americans do not need to look very far to experience the horrific violence in an up-close and personal manner. Last week, for instance, a 22-year-old University of Chicago student was senselessly killed by what appeared to be a stray bullet while riding the subway system near the university's Hyde Park campus.

As a University of Chicago alum and former Hyde Park resident, that could have very easily been me. But such heartbreaks are not limited to the city of Chicago, America's murder capital. All across the nation, "could have easily been me" is becoming commonplace, as Americans survey the carnage and destruction all around them.

The extended escalation in violent crime in America began in earnest in the aftermath of George Floyd's unfortunate death. Black Lives Matter, an avowedly Marxist organization despite its anodyne-sounding name, immediately latched onto the post-Floyd national racial reckoning and instrumentalized it for its own agenda. Together with antifa and various left-wing anarchist groups, BLM helped orchestrate a summer of riotous mayhem and bloodshed like the country had not seen in decades. Major cities were hit the worst, but even distant suburbs such as Kenosha, Wisconsin, were not spared the BLM-antifa warpath.

The 2020 summer of hell -- since extended into a lengthier, ongoing hellish period -- was deeply exacerbated by the pointed re-emergence of what the Manhattan Institute's Heather Mac Donald has accurately called "The War on Cops." Almost immediately after the pitiful video of Derek Chauvin's cruel knee suffocating Floyd went viral, the left saw a once-in-a-generation opportunity to advance its de-civilizational, pro-crime and anti-police agenda.

George Soros-funded light-on-crime "progressive prosecutors" continued to cite "prosecutorial discretion" as a way to shirk their solemn responsibilities to enforce even low-level and petty crime, in line with the effective "broken windows policing" of the recent past. Federal jailbreak metastasized, as weak-on-crime judges sought to curry public favor with disproportionately light sentencing and early releases. And all along, far too many libertarians have stood in lockstep with the de-civilizational left.

Enough is enough. The property and violent crime epidemic we are currently enduring might befit an ill-governed third-world hellhole, but it ought to be utterly, unequivocally anathema to the land of the free and the home of the brave.


Americans must rise up in unison to demand better of their public officials at every level of governance: Stop demonizing the police; give the police the funding and moral and rhetorical support they need to do their jobs; and increase the number of cops on the beat in crime-addled jurisdictions all across the nation. Recall pro-criminal, Soros-aligned "progressive prosecutors," and elect district attorneys who will actually enforce the full breadth of the law.

We must also stop the absurdity of calling cops "racist" for merely prophylactically patrolling and retroactively stopping crime where actual crime occurs. As Mac Donald recently noted in City Journal, for example, in 2019, Blacks in New York City constituted 74% of city-wide shooting suspects, even though they are only 23% of the city's population. In other words, a cop who finds himself disproportionately intervening in a minority community is less likely to be a racist and more likely to simply be following the evidence and dutifully responding to 911 telephone operators who relay messages of "shots fired."

Just as confronting the Chinese Communist Party is our most pressing foreign issue, so, too, has securing law and order become our most pressing domestic issue. If the median American is afraid to step outside his or her house, little else in our politics matters.