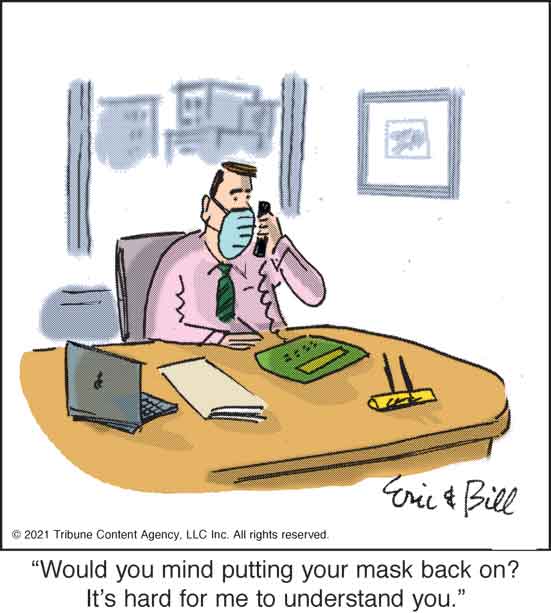 Although the sentiment may seem paradoxical, libertarians should cheer this week's decision by a federal judge upholding Indiana University's vaccine mandate for students. The court reached the right result and the judge's reasoning provides a forceful reminder that the government's regulatory power, even in an emergency, is far from unlimited.

Like other colleges and universities, Indiana plans to reopen fully this fall, and is requiring that all students provide evidence of vaccination unless they've received religious or medical exemptions. Only in this way — so university authorities contend — can the campuses return to their proper functioning.

Eight students filed suit, claiming that the mandate violated their constitutional rights. On Sunday, federal district judge Damon R. Leichty denied the plaintiffs' motion for a preliminary injunction, ruling that should the case go to trial, the students were unlikely to prevail.

Let's go back a step.

Libertarians celebrate individual freedom. They've long been associated with opposition to vaccine mandates, which restrict personal liberty and interfere with bodily integrity. But that doesn't make them anti-vaxxers. One can consider a thing desirable without believing people should be forced to do it. (Think prayer.) A 2019 Australian study found no correlation between scoring high on an index of libertarian thought and refusing to vaccinate one's own children. On the contrary: Left to choose for themselves, libertarians were as likely as anyone else to want their own children vaccinated.

Moreover, libertarian thought on the issue is evolving. Well before the Covid-19 pandemic, such influential libertarian philosophers as Jessica Flanigan and Jason Brennan had authored thoughtful arguments in favor of many vaccine mandates, particularly when disaster is looming. Even Richard Epstein, the dean of academic libertarians — also writing before the current pandemic — has supported mandatory vaccination as a condition of school attendance, in part on the ground that in the face of spreading contagion there's often no realistic alternative.

These theorists aren't abandoning fundamental principles of respect for individual liberty. They're arguing that in certain cases it's reasonable to prevent acts that do direct, significant and foreseeable harm to others. In a particularly evocative analogy, Flanigan likens a person refusing a vaccine to a man who celebrates the Fourth of July by firing a gun into the air, inadvertently striking a neighbor. And although libertarians gravitate toward lawsuits as a solution to harm, Epstein points out that when one becomes infected with a virus, it's often impossible to figure out exactly who's to blame.

Which brings us back to Judge Leichty's opinion in the Indiana case, Klassen v. Trustees of Indiana University, which itself carries so strong a libertarian flavor that one might consider it a part of the same conversation.

The university argued that the case was controlled by the 1905 U.S. Supreme Court decision Jacobson v. Massachusetts, upholding mandatory vaccination against smallpox. Leichty agreed. Nevertheless, he warned that health regulations demand more than mere expert say-so. "Jacobson doesn't justify blind deference to the government when it acts in the name of public health or in a pandemic," Leichty wrote.

Thus a mandate isn't justified merely because health authorities say so. And true to his word, rather than blindly defer, the judge engaged in his own detailed march through the evidence before concluding that unless vaccinations were required, the university would not be able to return to normal functioning.

Here it's worth noting the narrowness of the mandate. It applied only to the Indiana University, not to the state as a whole. Moreover, the rules were adopted locally — quite close to the people who would be most affected by them — another favorite libertarian idea. Perhaps most important, other institutions in the state, schools or businesses or anything else, were left free to come up with their own rules, depending on their own circumstances.

What should also warm libertarian hearts is Leichty's ringing rejection of the proposition that rights should be read more narrowly because of the pandemic. I quote his response in full because his words deserve wide dissemination in these fractious times:

[T]he Constitution isn't put on the shelf. Indeed, in times of crisis, perhaps constitutional adherence proves the very anchor we all need against irrational and overweening government intrusion that would otherwise scuttle the ship.

In other words, even if this particular restriction on freedom is permissible, there are limits to what mandates may be handed down in response to the challenge of COVID-19. "The Constitution doesn't permit the government to declare a never-ending public emergency and expand its powers arbitrarily," Leichty wrote.

The pandemic isn't over, and could still get worse. I adhere to my views that we have far too many laws, and that it's better to pay people to do what we want than to punish them for refusing. But I recognize that depending on what course the virus takes, more mandates may be on the way.

If that happens, I trust that the courts will follow Leichty's example in Klassen, assessing the rules not with blind deference to authority but with a sensitive concern for individual liberty.