The China threat and the Biden responses 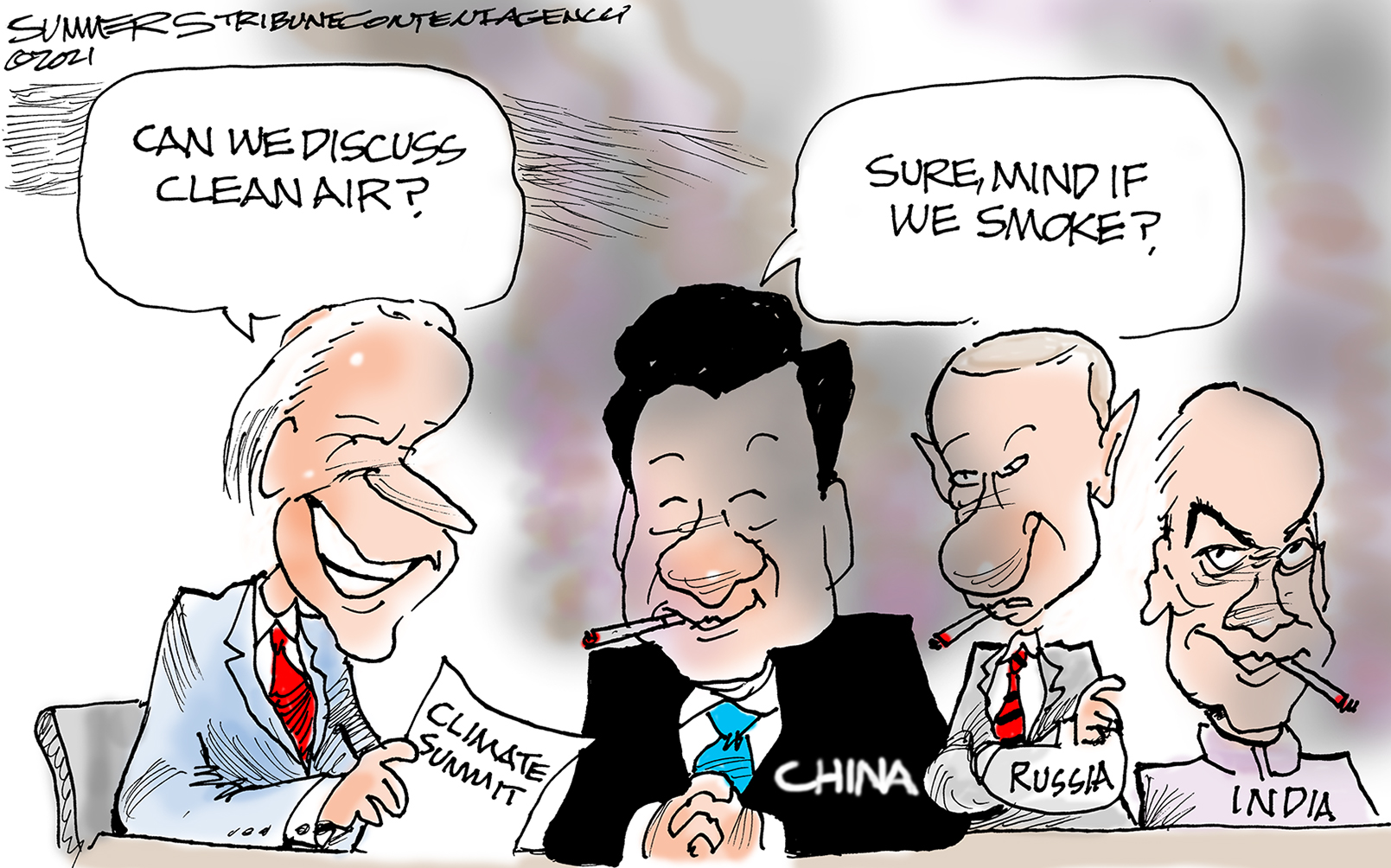 For beginners, China is a thief, the equivalent of someone stealing something more than $4,000 from every four-person household in America every year, a total of $500 billion.

What gets swiped is our intellectual property, the discoveries and inventions of our exceptional technologists. China also cheats the United States and lots of the rest of the world, too, by ignoring trade agreements that put fairness above infamy.

The director of the play, the Chinese Communist Party, a heartless, dictatorial, endlessly ambitious regime, does not stop with money. It is also a genocidal freak, wiping out Muslims to make the population of 1.4 billion less diverse. It is bullying its neighbors with no regard for international law. It has indulged in cyberattacks on the United States and is viciously stripping Hong Kong of freedom, independence and rule of law while sticking heroes in prison to make sure the bravest of the brave are the quietist of the quiet.

The island of Taiwan could be next. Once a cheerleader for President Donald Trump because he so often stood by the bold if tiny, democratic, economically thriving ally wanting to maintain its independence. A nuclear power, mainland China is just 110 miles across the Taiwan Strait.

But wait. Fear of a timid Biden administration has disappeared. President Joe Biden wants a stronger Taiwan trade agreement, a significant signal that he also stands by these Chinese people despite mainland China forever signaling one way or the other that it is militarily ready to have things its way, no one else need apply.

Here is a major question, namely whether we would help defend Taiwan if it is attacked. We have supplied it with weapons and there are those within our government who say we should definitely defend these people because, for one reason, our failure to do so would send a signal to other allies that they can't count us. A simultaneous issue, however, is that our chances of winning would not be great. We would be at a huge disadvantage in all kinds of ways that accomplished military analysts have spelled out.

If it came down to China taking over, please don't think it would stop with there. As one of the greatest perils of the 21st century, China pretty much wants everyone in the world under its command. If you don't think so, think about what Chinese leader Xi Jinping said in a speech celebrating the Chinese Communist Party's 100th birthday in Tiananmen Square recently.

Nothing is going to get in the way of China's superpower ascension, it was made clear, certainly not the United States. The person making these remarks is easily the strongest leader in China since Mao Zedong killed millions to establish his utopia that was more nearly an inferno.

None of this is meant to say anything bad about the Chinese people, and the mention of Tiananmen Square cannot help but awaken memories of the thousands who, in 1989, sacrificed their lives for human rights.

People tend to think the economy of China is communist, but, after the death of Mao, it slowly became a market economy boosted by smart executives and industrious workers. Despite exhaustive statist interventions, the system has been capitalist enough to take millions out of poverty and build China into the world's second largest economy. Smaller countries around the world have become dependent on it and loyal to China while varied American interests have kissed up to these money masters.

A Taiwan war could be a horror, and who knows where it would lead. Biden has been on target in trying to get European allies to get tough on China just as China is getting friendlier with Russia. An excellent strategy nixed by Republicans and Democrats alike was President Barack Obama's proposed trade deal with 11 countries that could have eased American dependence on China.

Biden has kept Trump's tariff in place and is encouraging China to leave our intellectual property alone. The efforts to slow down climate change are meaningless without China's cooperation, and who knows all the games it will play on this front.

The good news is that Biden is not putting Vice President Kamala Harris in charge.