The impact of our war on police

By The impact of our war on police 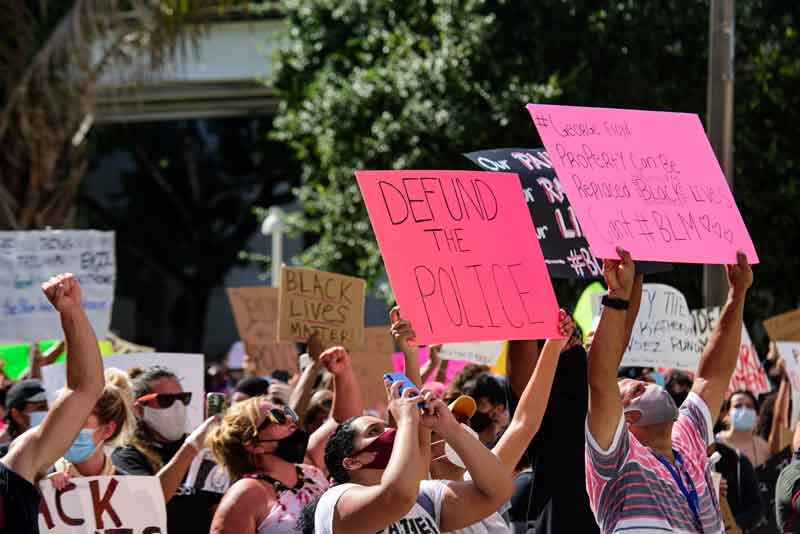 Suppose you're in a battlefield with bad guys coming at you full force and you have the means of stopping them, but, while calling your own troops names, you pull them off the field, letting the bad guys have their murderous way.

That's not that far from what we've done in the United States of America with cops, and we thus have had an egregious homicide rise. Guess who pays the most: our Black American citizens

It is terrible, terrible, terrible that some of our police have themselves done horrible things, but while the George Floyd tragedy signaled a deep need for reform, the Democrats preferred denying Republicans any say to getting anything done.

Police are still being universally demeaned as immoral racists and, in some major cities, police forces have been at least temporarily stripped of significant funds. Police have retired early and quit in record numbers.

Those numbers? It's 3,700 beat cops who are gone, it is reported, and think of a policewoman in Asheville, North Carolina, who was written about in The New York Times. Because of her presumably mistaken career, friends quit talking to her. Relatives quit talking to her. A demonstrator set her clothes on fire. As quoted in the Times, she said, "I am drowning in this politically charged atmosphere of hate and destruction." She quit. One problem with that is that police are hard to replace at the moment.

We've had thousands of protests saying abolish cops and hundreds of riots saying the same thing, using violence as an exclamation mark. Defunding has proceeded. Portland, for instance, cut a police budget in 2020 by $16 million after 12 homicides and then experienced 44 more homicides with 200 police officers taking off and the homicides in 2021 getting worse.

For more, consider how experts are telling us that homicides went up by a whopping, incredible 30 percent in 34 of the nation's largest cities, a historic rise, in 2020. The bloody, ugly, inhumane increase in homicides was a much higher, an unbelievable 92 percent in Louisville and 95 percent in Milwaukee.

Hey, the pandemic did it, some say, but a precise study shows the big bump did not come until virulent anti-police protests went national. Nothing exacerbates crime like the lessened prevention that followed, and those who think police a foremost threat to Black Americans should consider the exceptional death toll experienced by Black Americans.

Those in tough neighborhoods obviously know more about this issue from direct experience than our political betters do from ideological contemplation, and guess what 80 percent have said to Gallup about cops. They want them around.

President Joe Biden wants to give communities money to help the cops in whatever way is most needed, a good idea, especially if he takes the money from some of his suspect ambitions. He wants gun dealers with federal licenses to abide by the rules and universal background checks. Common sense, right? His wish for gun bans will unlikely make a dent in the 400 million already out there, however. President Barack Obama spent eight years threatening gun controls, saw gun sales spiral instead and was often called the world's best gun salesman.