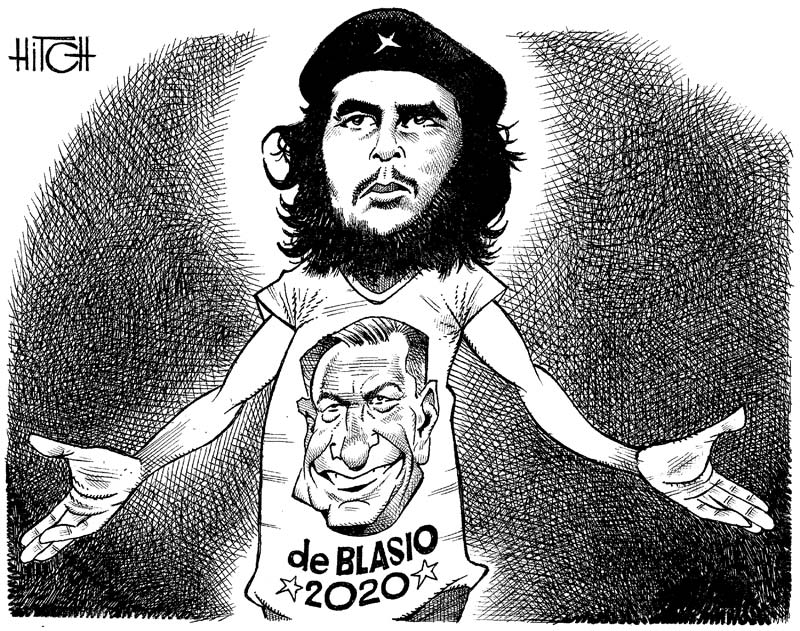 NEW YORK — The Far-Left Democrats who are busy running New York City into the ground just surrendered America's largest metropolis to the mob.

In normal times, this would be a risky move, at best. Amid Gotham's soaring crime rates, this is akin to firing lifeguards while a beach gets lashed by riptides.

The NYPD's latest statistics show a city bashed by powerful criminal currents. Compare January 1 to June 21, 2020 with 2019's like period:

Thus, this is an inopportune time to cancel two of the next four rookie classes entering the Police Academy, even as NYPD's uniformed headcount will plunge by 1,163 officers, and retirements have accelerated 49 percent, versus this time last year.

These retreats are atop June's dismissal of NYPD's legendary and highly effective plainclothes unit. No more undercover cops in New York. What could go wrong?

De Blasio and the Jacobin Democrats respond that this $1 billion will fund youth programs, social services, and education — where rampant spending already yields grim results. Somehow, the thugs who have smashed windows, beaten cops, and opened fire on their fellow New Yorkers seem unlikely to be corrected by ceramics classes and aroma therapy.

This triumph for Antifa and Black Lives Matter foreshadows more chaos and bloodshed in New York City, and, ironically, more crime and murder at the expense of the same blacks whose lives we correctly are told matter.

"You're seeing, now, mob rule, in my opinion, and you're seeing the City Council bow to mob rule," said Police Commissioner Dermot Shea. "Let's mark the date on the calendar on how long it's going to be before we're having a conversation about New Yorkers crying out for more police. And I think that day is coming."

City Councilman Joe Borelli, one of that body's three Republicans, told Fox News Channel: "We had 102 shooting victims last week alone, and not one single bullet was fired by the gun of an NYPD officer. And yet these are the justifications we're using to make cuts to the force."

BLM's chant, "Disarm, defund, abolish the police" is becoming public policy. Los Angeles just chopped its police budget by $150 million. Minneapolis's City Council voted unanimously to disband its police force and "reimagine" law enforcement. And several Virginia Democrats propose to reduce physical assaults on police officers from felonies to misdemeanors. This proves that they are not just stupid. These Virginia Democrats are evil.


What America needs is a re-dedication to smart policing, starting with robust statements of support for good cops and a commitment to root out bad ones. Improved training, proliferation of body and squad-car cameras, and legalizing such things as outdoor drinking will reduce the chances that low-level civilian encounters blow sky-high.

As for those who lately have demolished statues and perpetrated looting, riots, and arson, two words come to mind:

These vicious crooks need to be apprehended, prosecuted, and dumped in prison by the thousands — for a long, long time.