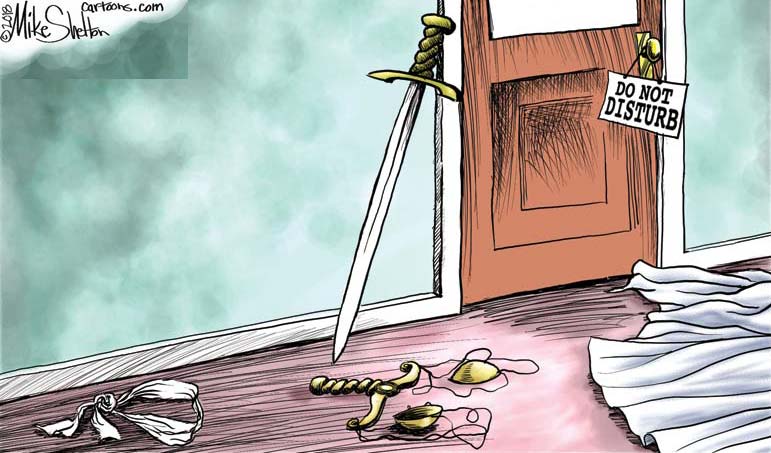 Fresh on the heels of the Harvey Weinstein scandal and amidst the #MeToo movement the scandal spawned, the story of financier and sex offender Jeffrey Epstein is in the headlines again.

Epstein is a former hedge fund manager who made billions of dollars on Wall Street in the 1980s and 1990s. He owns six homes across the globe, including one on his own private island in the Caribbean. Epstein is accused of procuring underage girls to perform sexual acts with him and his guests. In fact, Epstein's reputation was so widespread that the private Boeing 727 jet he used to fly guests to and from his residences was known as the "Lolita Express."

In 2008, Epstein was charged by federal prosecutors in Florida with serious crimes involving minors, including transporting or otherwise luring dozens across state lines for prostitution. Epstein was facing a possible life sentence in federal prison, but he received what has been called a "sweetheart plea deal" and served only 13 months of an already lenient 18-month sentence in the Palm Beach County Jail, not a federal prison. Epstein was allowed to leave jail 12 hours a day to go to his office. The deal also included a promise by the FBI not to release any of the results of its investigations or prosecute anyone implicated in those investigations.

Former prosecuting attorney and Atlantic writer Ken White said the terms were "utterly unlike anything else I've seen in 25 years of practicing federal criminal law." He added, "This is not normal; it is astounding."

The Washington Post published a recent article raising serious issues about Epstein's powder-puff treatment. Alexander Acosta, President Trump's secretary of labor, was U.S. attorney for the Southern District of Florida at the time of Epstein's plea agreement with the Justice Department. We are now hearing calls for Acosta's resignation. Much of the pressure stems from a blistering expose of the earlier Epstein case, published by the Miami Herald last November. The author of the Post article, Aaron Blake, cites the Herald story and points out other troublesome aspects of Epstein's earlier plea deal.

Blake writes that around the same time as the story, "the FBI released a document stating that, at the time of the plea deal, investigators were still interviewing witnesses and alleged victims 'from across the United States.' The obvious question from there is: Was it right to cut such a lenient deal when there was apparently much more to be learned and eventually charged?"

Is that question obvious now? In another high-profile case, 2016 presidential candidate and former Secretary of State Hillary Clinton was under investigation by the FBI for mishandling confidential State Department information in an unsecure email server. If Epstein received a "sweetheart" plea deal, Clinton's treatment was even cushier and more controversial: The FBI simply declined to press charges.

In these grimy stories of sexual excess, exploitation, threats and legal manipulation, some names keep popping up — and they are likely not names you're thinking of.

One such name is attorney David Boies.

Boies, co-founding partner in the high-powered law firm Boies Schiller and Flexner, has deep ties to powerful Democrats. Boies also represented Harvey Weinstein, and he hired Black Cube, an organization run largely by ex-Mossad agents, to tail, find dirt on and intimidate women who were accusing Weinstein of sexual assault.

Another attorney with ties to both the Weinstein and Epstein cases is New York County District Attorney Cyrus Vance. A prosecutor from Vance's office argued in favor of Epstein's petition to have his sex offender status reduced in New York. According to the Miami Herald: "New York Supreme Court Judge Ruth Pickholtz ... denied the petition, expressing astonishment that a New York prosecutor would make such a request on behalf of a serial sex offender accused of molesting so many girls. 'I have to tell you, I'm a little overwhelmed because I have never seen a prosecutor's office do anything like this. I have done so many (sex offender registration hearings) much less troubling than this one where the (prosecutor) would never make a downward argument like this,' she said."

Vance's office also declined to prosecute Harvey Weinstein when Italian model and actress Ambra Battilana Gutierrez filed a complaint of sexual assault against Weinstein in New York in 2015. Not only did a number of Weinstein's attorneys have ties to Vance but Boies (there's that name again) was revealed to made tens of thousands of dollars in contributions to Vance's political campaigns over the years.

The Epstein and Weinstein cases only confirm what many have suspected for years: Corruption and cronyism run deep in law as well as in politics; many of the players are the same; and ordinary citizens don't stand a chance.