How your personality traits affect your paycheck 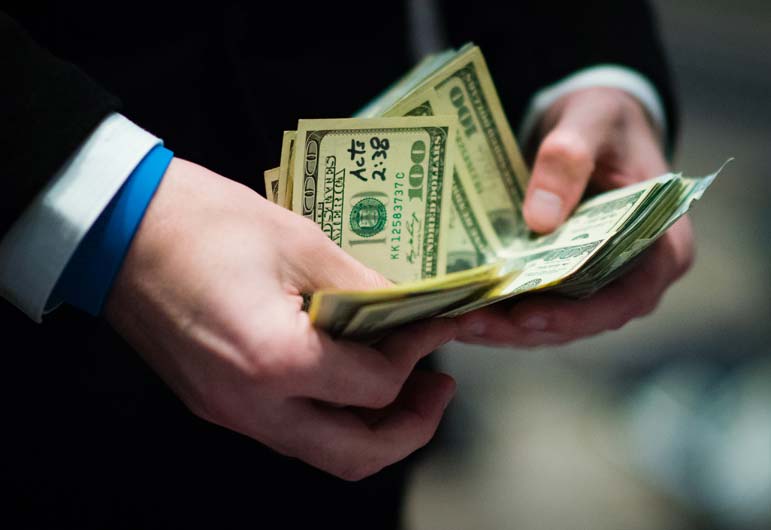 What makes really smart people tick? Why do some end up earning so much more than others? And how much do these disparate outcomes have to do with their personalities? A recent study by Miriam Gensowski, at the University of Copenhagen, sheds fascinating light on these and other questions.

Gensowski revisits a data set from all schools in California, grades 1-8, in 1921-1922, based on the students who scored in the top 0.5 percent of the IQ distribution. At the time that meant scores of 140 or higher. The data then cover how well these students, 856 men and 672 women, did through 1991. The students were rated on their personality traits and behaviors, along lines similar to the "Big Five" personality traits: openness to experience, conscientiousness, extraversion, agreeableness and neuroticism.

One striking result is how much the trait of conscientiousness matters. Men who measure as one standard deviation higher on conscientiousness earn on average an extra $567,000 over their lifetimes, or 16.7 percent of average lifetime earnings. Measuring as extroverted, again by one standard deviation higher than average, is worth almost as much, $490,100. These returns tend to rise the most for the most highly educated of the men.

For women, the magnitude of these effects is smaller (for one thing, women earned less because of restricted opportunities). Furthermore, extroversion is more strongly correlated with higher earnings than is conscientiousness, unlike for the men.

It may surprise you to learn that more "agreeable" men earn significantly less. Being one standard deviation higher on agreeableness reduces lifetime earnings by about 8 percent, or $267,600. In this context, you can think of agreeableness as meaning a person is less antagonistic and more likely to consider the interests of others. You might have thought agreeableness would be correlated with higher earnings but alas not. That said, this result is confirmed only for high IQ individuals in California for this span of the 20th century. It may or may not be true more generally. And as always, correlation does not prove causality. One possibility is that more agreeable men self-select into lower-earning, more-subordinate professions, in which case acting like a jerk at work won't automatically bring you that higher paycheck.

Higher IQ is also correlated with higher earnings, by about 5 percent or $184,100 for a one standard deviation boost. That's a bit surprising, because the sample is already within a band of very high-IQ individuals. But apparently being "even smarter yet," at least as measured by IQ, is correlated with additional pay.

Most generally, these personality traits start to correlate more strongly with income when workers are in their early 30s, and their influence peaks between the ages of 40 and 60, dwindling thereafter.

The data also lead to some interesting ways of rethinking education. There is no evidence, for instance, that individuals who received more higher education ended up with greater conscientiousness. That said, once we adjust for personality traits, higher education does seem to yield pretty high financial returns, over 12 percent a year for getting a college degree, again within this sample only. A doctorate is worth about 1.5 times that, or about $1.7 million.

These correlations are suggestive only, but they are consistent with a model where going to college doesn't teach the very smart how to buckle down, but it does impart some concrete skills and maybe give them the connections to earn a lot more money. The correlations are evidence against the "signaling" view that the well-educated earn more primarily because they are intrinsically better workers; this data set measures that variable independently and helps us sort out the marginal contribution of higher education to earnings. But note there is no special return to being class valedictorian.

Another interesting result from the data is that IQ and conscientiousness are not very well correlated. That implies that finding ideal workers isn't so easy. The quality of openness, however, is moderately positively correlated with IQ, so you might expect that the smarter workers are more willing to experiment and try new things.

We still don't know how generalizable these results might be, in part because not all regions of the U.S. offer the opportunities of California. Furthermore, the results measure how things worked in a somewhat earlier America, and perhaps they've changed for women more than for men.

Most of all, I am struck by just how little we know about what determines earnings, or how much human personality matters for life outcomes, or how well we can measure personality in the first place. You should think of this investigation as the first word, not the last. In the meantime maybe it's not such a bad idea to buckle down and work hard, don't be shy, and don't freak out if you are just a wee bit grumpy at times.

Your paycheck may depend on it.