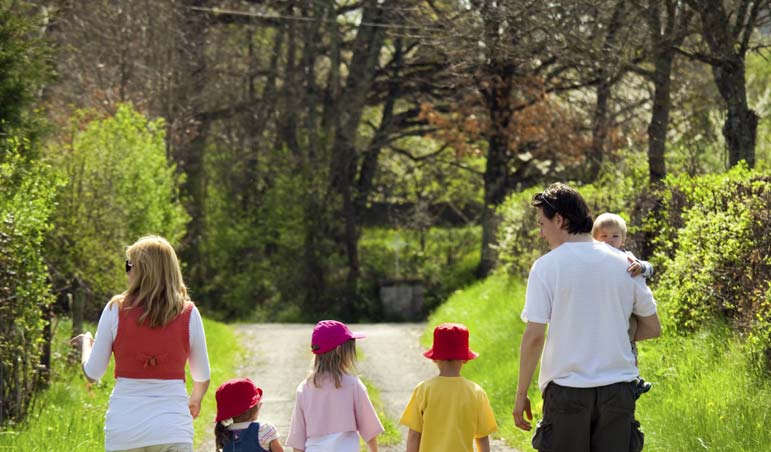 Conservatives who want an economic policy that supports parents have long been a minority faction within the Republican Party.

In 2017, when Republicans were in the process of passing a tax reform, Sens. Marco Rubio of Florida and Mike Lee of Utah proposed that the bill cut corporate tax rates a bit less and expand the tax credit for children a bit more. The Donald Trump administration came out against the move, and most Republican senators voted it down. (Most Democrats voted no, too, because they disliked the bill overall and wanted to make it as unattractive to voters as possible.)

It's a new version of a Romney proposal from last year, and one that is well-timed for the expected reversal of the federal right to abortion.

Like the previous version, the proposal would also reform the earned-income tax credit. That's a subsidy to low-wage workers that encourages them to join and stay in the labor force. The proposal would change it in various ways.

Most notably, recipients would no longer receive a smaller benefit if they get married. The proposal calls for paying for all these changes by eliminating the tax deduction for state and local taxes. Many taxpayers who currently claim that itemized deduction would, however, either come out ahead or at least cut their losses because they have children, even if they live in high-tax states.

In addition to helping parents, the new benefit would cut child poverty rates. It would also reduce something else: the longstanding gap between the number of children that Americans say they want and the number they have.

This proposal is not going to become law soon. But there are four reasons to think it is going to get a better reception from Republicans than similar ideas have in the past.

The first is that Romney and his staff addressed conservatives' strongest objections to the previous version of the plan. Those critics worried that Romney's proposal would reduce the incentive to work among low-income people.

The new plan requires that households make $10,000 in income to receive the full benefit. It also keeps the Temporary Assistance to Needy Families program, which includes a work requirement, instead of getting rid of it as the old one did. The new plan is pro-work as well as pro-parent and pro-marriage.

Conservatives of a libertarian bent, who oppose government aid to parents even when no strings are attached, will still object. But conservatives who don't object to such aid in principle should come aboard.

Second, the Republican Party is changing. It sees itself as a working-class party more than a party of professionals. The old orthodoxies of the party are up for grabs, including the notion that economic policy should aim first and foremost at liberating entrepreneurs and reducing the tax burden on high earners.

Third, social conservatives have decided to get involved in policy disputes beyond the old portfolio of abortion, same-sex marriage, school prayer and school choice. Fifteen years ago, I made the case for pro-family tax reform to a group of them. The audience was polite, even enthusiastic, but afterward the group's leaders suggested they would stay in their accustomed lane. The Romney-Burr-Daines idea has the endorsement of every social-conservative organization you can think of.

That includes groups that work primarily to stop abortion, such as Susan B. Anthony Pro-Life America and the National Right to Life Committee. Which brings us to the fourth development: the impending demise of Roe v. Wade, which is likely to happen in the coming days.

For years, supporters of legal abortion have accused opponents of favoring life only until birth, and then doing nothing to help mothers and children afterward. Now that legislators are going to have the power to set policy on abortion, what had been a debater's point is becoming a real political and moral challenge.

The new Republican bill is a partial response. Parents would be eligible for the benefit halfway through a pregnancy. And it's no coincidence that co-sponsor Daines is the head of the Senate Pro-Life Caucus.

Republicans may be starting to realize that a practical anti-abortion agenda has to include policies that make raising children a viable proposition for more people, and to develop an agenda that addresses the economic, and not just the moral, dimensions of family life. Not a moment too soon.