Can Israel's new government make up with Dems? 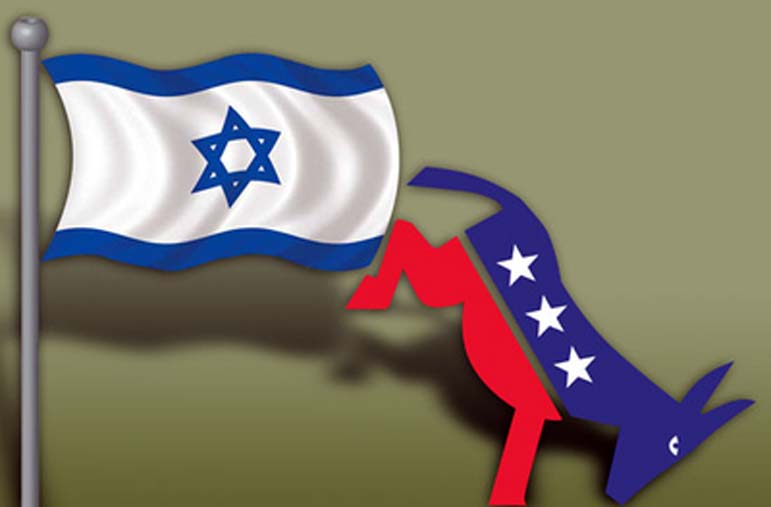 Like a student on the first day of a new school semester, the slate is clean for new governments seeking to improve relations with other countries.

In such circumstances, hope and optimism are the order of the day. All good things are deemed possible with the right amount of goodwill and effort. New perspectives are assumed to bring with them insights lost on those who came before. Any difficulties can always be blamed on their predecessors, whose many mistakes will, of course, not be repeated by their bright-eyed and wiser successors.

The latter title was coined by former Prime Minister Benjamin Netanyahu when he enticed Benny Gantz to join his government on the promise that eventually he would succeed him. No one believed Netanyahu would keep his word about that, and he didn't.

But the odd coalition that has ousted him is based on the same sort of promise. Only in this case, Lapid let Naftali Bennett go first as prime minister while he took the foreign ministry, albeit with the designation of the man who will succeed him in two years. The expectation is that if in the unlikely event that this coalition of ideological foes that includes right-wingers, centrist, left-wingers and an Arab Islamist party does last two years, Bennett will give way to Lapid.

That makes Lapid more than just another cabinet member. During the Netanyahu era, whoever held the title of foreign minister had little power since the country's foreign policy was conducted personally by the prime minister. That means Lapid will have a lot to say about Israel's relations with other countries, particularly the United States.

And he's already saying it. In his first speech since taking office, Lapid made it clear that if U.S.-Israel relations were troubled, it was all Netanyahu's fault. He blamed him for abandoning the diplomatic corps and alienating other countries. In particular, he echoed a familiar refrain of many critics of Israel in the United States by saying that the frayed ties between the Democratic Party and the Jewish state were the result of Netanyahu being "careless and dangerous." He went on to say that this meant that there must be a "change in the way we work with them."

He also said that Israel needed to focus more on winning the hearts and minds of Democrats, instead of concentrating on friendships with warm supporters like Republicans and evangelicals — that more attention had to be paid to Democrats and the Jewish community. That's the opposite of what Ron Dermer, Israel's ambassador to the United States from 2013 to 2020 and a Netanyahu confidant, said recently.

He also went on to blame the former prime minister for alienating Western Europe. Vowing to build better relations on a foundation of "mutual respect and better dialogue," he said, "shouting that everyone is anti-Semitic isn't a policy or a work plan, even if it sometimes feels right."

It must first be conceded that this is exactly what both Democrats and Western Europeans, all of whom generally despised Netanyahu and all he seemed to represent, want to hear.

Still, to assume that getting rid of Netanyahu and flooding the world with reasonable-sounding rhetoric and eagerness to love and be loved by an often-hostile world will actually improve relations with either is more a matter of first-day-of-school optimism than an objective analysis of reality. Lapid may start out with some goodwill simply because he's not Netanyahu, but that won't suffice to bridge the divide between Israel and its critics. And Lapid likely knows that even if many liberal American Jews don't.

It wasn't Netanyahu who alienated the Democrats. He did offend many of them by directly confronting former President Barack Obama on a number of occasions, including, most memorably, when he addressed a joint meeting of Congress to ask them to reject the Iran nuclear deal.

That notwithstanding, the crackup of the bipartisan consensus on Israel wasn't the product of bad Israeli diplomacy, Republican mischief-making, Netanyahu's hostility to Obama or his affection for former President Donald Trump.

The problem was that a great many Democrats and a growing percentage of its left-wing base are openly hostile to Israel. They have bought into the lies and myths associated with the Black Lives Matter movement, and its ideological baggage of intersectionality and belief in "white privilege."

Yet even if we were to ignore the crucial influence of the left-wing "Squad" and its popular leaders — Reps. Alexandria Ocasio-Cortez (D-N.Y.), Ilhan Omar (D-Minn.) and Rashida Tlaib (D-Mich.) — who have embraced the anti-Semitic BDS movement, that doesn't address the gap between the Jewish State and more centrist Democrats who still have sympathy for Israel.

The majority of the Democratic caucuses in Congress say they are pro-Israel. But their views about the conflict between Israel and the Palestinians are out of touch with Israeli reality. The belief among most Democrats, both on the left and in the theoretical center, that Israel needs to embrace a two-state solution that would turn the West Bank into another version of terrorist-run Gaza is, as far as most Israelis go (including most of those who voted for the parties that make up the new coalition), madness.

Nor, despite the well-intentioned remarks from Bennet about his desire to "narrow" the conflict and give Palestinians more incentives to want peace and better governance than what they are getting from either the corrupt Fatah Party in the West Bank or Hamas in Gaza, is that not going to be enough to satisfy Biden or his party's left-wing.

The same Democrats also support President Joe Biden's push to reinstate the nuclear deal with Iran. They can be counted on to justify the administration's appeasement of Tehran after the current talks in Vienna produce another diplomatic disaster that directly undermines the security of Israel as well as Arab nations like Saudi Arabia.

All the happy talk about Lapid's respect for Democrats and desire for better relations aren't likely to do a thing to persuade Democrats to change their minds about both Iran and the Palestinians, let alone to defy Biden and his foreign-policy team on either issue.

What's more, although some elements of the new coalition agree with the Democrats on these issues, the bulk of its members do not. Indeed, Lapid himself has made it clear that he is as opposed to U.S. appeasement of Iran as Netanyahu was. Lapid has left-wing advisers in his inner circle and lacks an ideological rudder.

At the same time, he also knows that his long-term political viability rests in maintaining his reputation, whether justified or not, as a man of the center. That means that any moves toward the Democrats' positions on key issues are not only bad policy but political poison in the long run.

Nor will Lapid do much to better relations with Europe by downplaying the anti-Semitism that is at the core of the hostility to Israel in much of the continent. And despite his disdain for conservative Eastern European nations like Hungary that had close relations with Netanyahu, he, too, will discover that they are the Jewish state's best friends at a time when others are increasingly normalizing anti-Semitic invective about Zionism.

So while turning the page and saying nice things about problematic former friends or current foes may seem like it makes sense, there is no escaping the fact that liberals who have been crucially influenced by critical race theory are never going to be allied with the Jewish state, and that conservatives who reject those toxic ideas are its closest and best friends.

Israel's diplomatic dilemmas have never been about personalities, even one as abrasive as that of Benjamin Netanyahu. They are rooted in dangerous ideologies that optimism and kind words won't fix.