There Already is A Palestinian State 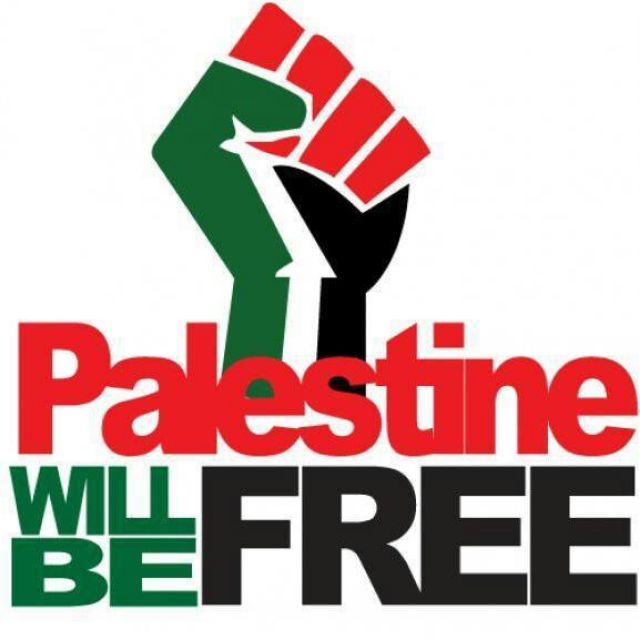 By In the current, tragic, round of fighting any number of misconceptions, half truths and outright falsehoods are daily bandied about by politicians, media pundits and cable comics who have begun to fancy themselves Mid East experts and moral arbiters of a conflict of which they are woefully uninformed.

Supposedly, this conflict resulted from " expulsions " of Palestinians, by Jewish " settlers". In reality there were no expulsions. There were eviction notices given to a handful of Palestinian families after a decades long court battle to get them to pay rent to the trust ,which, Israel's courts have ruled, are the rightful owners of the dwellings. Because Israeli laws regard them as "protected tenants", all the residents had to do was pay rent in order to stay in their homes. This they have refused to do. Not for months nor years, but for decades.This was a landlord /tenant dispute which in some cases has been in court for thirty years. So much for the " gross human rights violation" , "expulsions", and ethnic cleansing in Jerusalem.

(That is not to say that expulsions and ethnic cleansing have not taken place in Jerusalem. In 1948, when Jordan conquered the Old City and East Jerusalem, they did indeed expel the Jewish residents, many of whose families had been there almost a thousand years, and whose Jewish connection to that city go back three thousand years, 1600 years before the Prophet Mohammed, peace be upon him's ,mother was born. My Great grandfather's home in Jerusalem was raised and his grave desecrated, his grave stone, like other Jewish memorials used as a paving stone.)

Indeed the six Palestinian families facing eviction notices were given what amounted to squatters' rights to the land seized by the Jordanians from its Jewish owners in 1948. Jordan occupied East Jerusalem for only 19 years. The fact that those families were able to live in their homes for decades is due to the protections provided them by Israeli courts for decades.

But the concept which gets the most play is that the residents of Gaza are homeless refugees living under a harsh Israeli occupation, and that all the problems between the Israelis and Palestinians would be solved were it not for Israeli settlers gobbling up land and thus precluding any possibility for a viable "Two State Solution" which would lead to the creation, at long last, of a Palestinian State.

The " Two State Solution" or concept of " Two States for Two Peoples", we are told repeatedly, is the utopian goal to which an intransigent Israeli government is the sole impediment.

This unfortunately ignores the fact that there already is, and indeed, has been, a de facto Palestinian state for over fifteen years.

It is called Gaza.

Gaza has a defined population and territory, and a government whose rule is supreme.While it is under the same quarantine by Israel, which the US imposed on Cuba under President Kennedy ( for the same reason- threat of rocket and missile attack), it is obviously not under the control of either of its neighbors, Israel or Egypt, since it has been free to go to war against one of those neighbors( Israel) , four times in a little over a decade.

It maintains a standing army and possesses a rocket arsenal larger than that of any European NATO member. It has a charter, levies and collects taxes, and exercises ( poorly) all the functions of government, from health care and education to sewage management ( though the latter includes pollution on a catastrophic scale, by dumping raw sewage into the Mediterranean).

More than just the trappings of a state, Gaza possesses all the blessings any state could possibly hope for. It has a mild climate, thriving agriculture, and industrious people. It has a Mediterranean Port and some of the best beaches on the Mediterranean. It is geographically blessed as the gateway between Europe and the Arab world. It could, and indeed, it should, be the Singapore of the Middle East.

Is that hyperbole? Absolutely not! Gaza is two thirds the size of Singapore. It is larger than Malta. Both of those are certainly viable and successful states. Literally, all Gaza would have to do to become a Paradise of peace and unbelievable prosperity, is to do what its Moslem Arab brethren have already done in the Abraham accords; admit that that the Jewish State of Israel has as much right to exist within its borders as any other country in the region. That is neither theoretical nor utopian. The Abraham Accords have already ushered in a new era of opportunity in commerce, science , the arts, tourism, and agriculture for all its signatories.

The only thing Gaza doesn't have, which is keeping it from becoming a virtual Paradise, is a government that strives more for the success of its own people, than the annihilation of the people of its neighbor.

The way in which Hamas chooses to bring its people to Paradise is by forcing upon them the role of shahid, or martyr. Hamas's most expensive weapons, their rockets and terrorist tunnels are designed for one purpose; to kill Jews.

One of Israel's most expensive weapons systems, Iron Dome, is designed for one purpose; to neutralize the rockets launched to kill Jews.

In addition to Iron Dome , Israel builds shelters and warning systems for its people. That is why there is disproportion in the number of casualties. Hamas ignores its people and builds bunkers beneath hospitals to protect Hamas' elite. It's people, quite literally, be damned.

It's sole raison d'etre, according to its own charter, is the destruction of the Jewish State.

Israel, on the other hand, has never attacked Gaza other than in retaliation for attacks emanating from Gaza.

What have the rulers of Gaza done to improve the lives, not of Israelis, but of their own people?

Free Gaza? Absolutely! But not from Israel. Free Gaza from the suicidal/genocidal policies of its Hamas rulers. Then no-one will have to die to get to Paradise.

Dan Gordon is the screenwriter of such movies as The Hurricane( Denzel Washington) and Wyatt Earp ( Kevin Costner). In over forty years in the IDF he served as a sniper in an armored infantry unit, as an officer in the Military Spokesperson Brigade, and finally as the Documentary Officer of the Givati infantry Brigade. He served in Six of Israel's armed conflicts.

Previously:
• The Independent State of West Palestine
• Transplanting the Heart of the Matter
• Slick Jim Baker's solution: Buy the bastards off!
• Middle East peace is obtainable in our lifetime