The Holocaust destroyed Jewish families. Genealogy can help rebuilt them 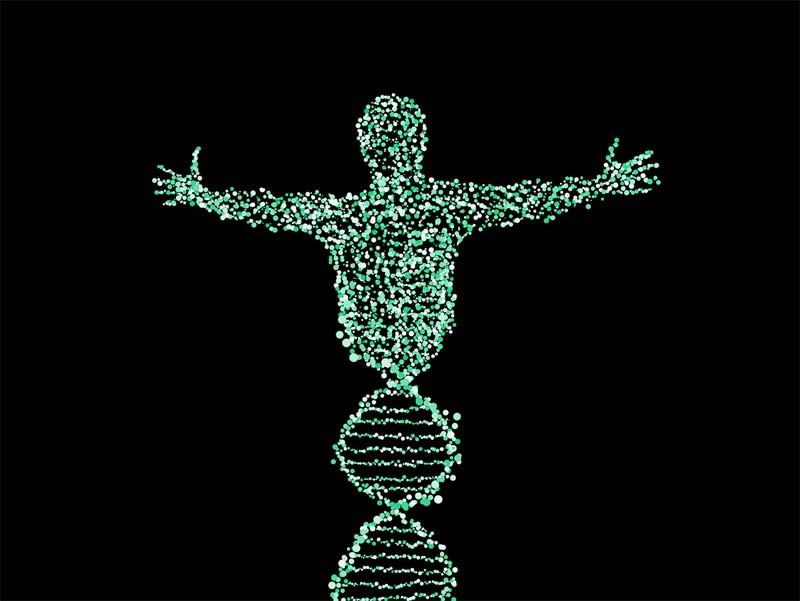 Last fall, I was part of a family reunion almost 80 years in the making.

In the aftermath of World War II, a Jewish toddler was rescued from an orphanage in Poland. Given the name Sarit, the little girl grew up on a kibbutz in Israel without any family. She lived her entire life without ever knowing who she was or where she came from.

But before she died, Sarit was given the gift of a commercial DNA test. A distant cousin became invested in trying to use DNA to find Sarit's birth parents; she reached out to ask if I could assist with the search, since I'm a genealogist with experience doing DNA research.

Over the course of more than a year, we worked diligently to untangle the puzzle of Sarit's identity and reconstruct her family tree. We ultimately learned that Sarit hadn't been an orphan at all; rather, in the chaos of war she had been separated from her parents, who survived and searched desperately for her for the rest of their lives. They died in Israel in 1977 and 1995, respectively. And in October, we reunited Sarit's daughter with her two elderly aunts and many first cousins.

This reunion was extraordinarily moving, but it was not quite as rare as it might appear. Over the past few years, I've been able to reconnect several families torn apart by the Holocaust.

The very first was my own: In 2013, I discovered that my husband's 95-year-old Polish grandmother, the sole Holocaust survivor of her nuclear family, had three living American first cousins she had never known existed. Reuniting them was a bittersweet salve to the unimaginable losses their family had endured.

A few years later, I helped another relative discover that four of her mother's first cousins in Ukraine - whose names she didn't even know when we began to look for them - had miraculously survived the Shoah in hiding; two of them were still alive.

The Holocaust devastated the Jewish community in countless lamentable ways. But its deepest cut was the literal rending of families, the loss of millions and millions of irreplaceable parents, siblings, aunts, uncles, cousins.

As a genealogist, I feel a keen responsibility to make it more widely known that there can be a concrete way to restore, in part, precisely what was taken: family.

While the Holocaust demarcates an unmistakably stark "before" and "after" in Jewish history and life, it certainly did not sever all connections to the "before." There is a pervasive and corrosive myth - that "all the records were destroyed by the Nazis" - that keeps many people from even starting on the path to discovery.

But in reality, many Holocaust-era records, as well as Jewish records from the 19th and 20th centuries (and in some places, even earlier), are free, online and readily accessible; others can be purchased from archives.

Viewing the 1887 death certificate of my third great-grandmother Blume Mendelsohn from Skaistkalne, Latvia, for instance, requires only a free log-in to the Latvian Archives website.

While not everything and everyone is discoverable, and some records were indeed lost or destroyed, Jewish family history is unnecessarily shrouded in mystery, dealing an unfair blow to a community with an especially urgent need to understand and reclaim its past.

Much more is knowable than most people realize. Once, with one split-second search of the U.S. Holocaust Memorial Museum's collections, I discovered the exact date when my best friend's great-grandmother was deported to Auschwitz, along with a photograph of her that the family had never seen before; her specific fate and wartime whereabouts were previously unknown.

Further investigation yielded a comprehensive document - free and online - with additional invaluable details like the names of her parents, information that can in turn open the door to learning more, and to the possibility of finding living relatives.

Even something as seemingly insignificant as discovering the birth date of a murdered cousin of my grandfather - a Latvian teenager otherwise completely lost to history - can be incredibly profound; it's a simple act that restores a tiny piece of her humanity and dignity, that rescues her from obscurity.

This research can be grim and arduous. In 2013, I knew the names of a total of six relatives who'd perished in the Holocaust; their stories were told in detail by my brother Daniel Mendelsohn in his book "The Lost." I now am aware of more than 60 victims in my family, a list that sadly grows each year along with my tree.

(My colleague and friend Lara Diamond has compiled a mind-numbing list of 515 relatives who perished.)

Sometimes the details are agonizing. I once sat down to watch the Shoah Foundation testimony of a second cousin of my mother, a sweet-faced octogenarian who lost both parents, her husband and her only brother.

I knew that it would be difficult, but I was still completely unprepared to hear how she had been abused at the hands of Josef Mengele, Auschwitz's notorious "Angel of Death."

More people, especially the rapidly dwindling cadre of living survivors, can and should avail themselves of this information, to reclaim as much of their family's past as is possible. There are countless easy ways to get started, beginning with finding your local Jewish Genealogical Society or any of the major Jewish genealogy groups on Facebook, which are filled with people eager to assist beginners.

The website JewishGen.org has useful resources for starting a search as well. The international Jewish community could help by directing more money and attention toward these kinds of genealogical efforts, many of which are currently undertaken by ad hoc volunteers with limited time and resources.

Those hoping to find lost family can also look into commercial DNA testing, which can be nothing short of miraculous in connecting people to relatives when documents cannot, as was the case for Sarit. A client recently shared an old photo of a mysterious half-uncle the family had tried to find for decades, unable to learn even his name.

When I perused the client's DNA results, I noticed a third-cousin match to a stranger whose family tree pointed to the same ancestral town. One look at the naturalization papers of that stranger's grandfather showed he was unmistakably the man in the photo, setting the stage for yet another reunion.

And in the next few weeks, I expect to get DNA results that I hope will confirm the identity of the father of a woman born in a concentration camp in 1945.

Recently, the PBS celebrity genealogy show "Finding Your Roots" featured the Jewish actor Mandy Patinkin.He was completely blindsided to learn that his father's first cousin perished at the Treblinka extermination camp along with his family.

"I've been interviewed so many times . . . I said, 'I don't think any of my relatives died in the Holocaust,' " Patinkin said, racked with sobs. "I was never given this information. . . . I don't have words."

I was never given this information.

Patinkin is not alone. But while many Jews may not have been given information about their family's past - including the fates of those touched by the Holocaust - that doesn't mean it's not out there.

As Patinkin said, quoting Oscar Hammerstein, "As long as there's one person on Earth who remembers you, it isn't over." It is our collective responsibility to try to find this information, as an integral part of the process of reclaiming our shattered past from those who sought to annihilate us.

Jennifer Mendelsohn is a writer and genealogist based in Baltimore.