Why can't you get 'canceled' for anti-Semitism? 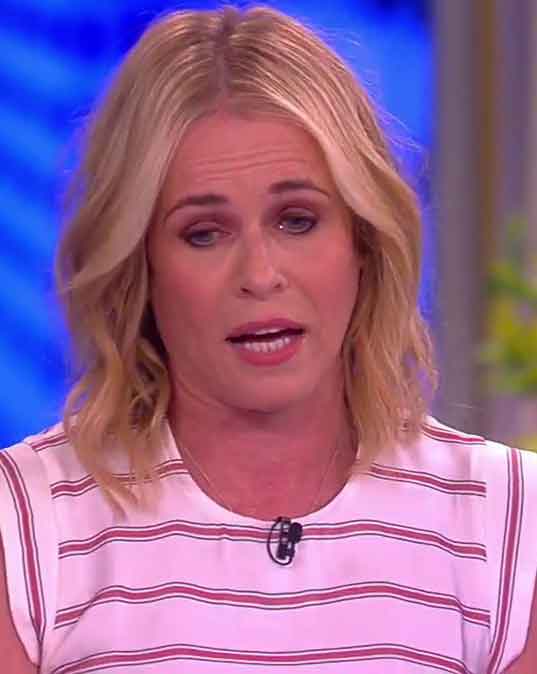 In the weeks since the brutal and unjustified killing of George Floyd by a Minneapolis police officer, America has been undergoing what The New York Times approvingly called a "reckoning" that marks a fundamental shift in attitudes about race.

But the onset of this surge of public soul-searching and consciousness-raising about race has brought with it a trend that is deeply troubling. The heightened sensitivity about racism has led not merely to an epidemic of insincere virtue signaling about racism. It's also brought about a flood of accusations against alleged offenders that have more to do with politics, and out-of-control illiberal and intolerant social-media mobs, than making the country a better place. The widespread "canceling" of people who are deemed racists is becoming a serious problem.

But the question is, if it's so easy to cancel someone for not going along with the prevailing orthodoxy about what constitutes racism, why does engaging in anti-Semitism not bring about the same moral opprobrium from the media and the cultural forces taking down people for dissenting from the Black Lives Matter catechism?

Examples abound of instances in which people's careers and lives are being ruined because of their refusal to bend the knee — literally or metaphorically — to a Black Lives Matter movement that is determined to condemn anyone who dissents from their ideology or even question it.


One involves Gordon Klein, a professor at UCLA's School of Management who was placed on leave and had his classes taken away from him after refusing to grant African-American students exemptions from taking final exams because of their collective state of mind after the death of Floyd. The university took that action after angry students accused him of racism and because he had paraphrased Dr. Martin Luther King Jr.'s famous statement about judging people by the content of their character, rather than the color of their skin. Klein, who had taught at the school for 39 years, was doxxed by the students (they made public his email and home addresses) and is now under police protection because of death threats.

Tiffany Riley, a Vermont school principal, was placed on administrative leave for a Facebook post that said that while she agreed that black lives matter, she didn't support coercive measures to advance that cause or the demonization of police.

Harald Uhlig, an economics professor at the University of Chicago, was fired from a consulting job at the Federal Reserve for saying that Black Lives Matter had "torpedoed itself" by aligning the movement with calls for defunding the police. A mob of outraged economists and journalists led by The New York Times' Paul Krugman wanted Uhlig's head on a spike for this offense. Though Uhlig had issued a groveling apology for his heresy, the Fed acceded to their demand, saying there was no room at the institution for "racism," even though the economist's statement could not credibly be described as such a thing.

There are many other examples of similar incidents of people being canceled over dubious accusations of racism. But what is also interesting about what's going on is that far more egregious examples of anti-Semitic hate aren't producing the same results.

One prominent example was that of popular comedian and television star Chelsea Handler, who approvingly posted a video of National of Islam hatemonger Louis Farrakhan on her Instagram page this past weekend.

Handler said a Farrakhan statement on racism from an old clip from "The Phil Donahue Show" was "powerful." Farrakhan is a purveyor of anti-Semitic conspiracy theories and vituperation against Jews. But according to Handler, his comments about the evils of racism directed at blacks deserved to "stand alone."

When a commenter asked her if she would single for praise out some out-of-context statement of Adolf Hitler, she argued that Farrakhan's hate was different because "he is just responsible for his own promotion of anti-Semitic beliefs. They are very different."

In other words, anti-Semitism is just another opinion an otherwise laudable person might hold, not evidence of murderous hate.

In the current moral panic about racism, one might have expected a surge of anger directed towards Handler by her colleagues in the entertainment industry, in addition to announcements that indicated that both individuals and companies wouldn't work with her in the future. That didn't happen. Instead, several celebrities even more famous, such as Jennifer Anniston, Jennifer Garner and Michelle Pfeiffer, voiced support for Handler.

Handler's ability to survive this incident with her career intact shows that myths about Hollywood being controlled by the Jews are nonsense. It's also likely that most Jews in the entertainment industry are either so cowed by the Black Lives Matter movement that they wouldn't dare to act against her or actually agree that anti-Semitism shouldn't disqualify Farrakhan from being considered a respected voice.But the pass for anti-Semitism doesn't just exist in the arts.

In early 2019, newly elected Rep. Ilhan Omar (D-Minn.) made a splash by engaging in anti-Semitic incitement against Jews and Israel with accusations about AIPAC buying congressional support for Israel with "the Benjamins," coupled with charges that supporters of the Jewish state were guilty of dual loyalty.

While many on both sides of the aisle condemned her remarks, when push came to shove, congressional Democrats refused to censor her. While at the same time Republicans were punishing Rep. Steve King (R-Iowa) for remarks that seemed an endorsement of white nationalism, Omar was rewarded with a seat on the Foreign Affairs Committee, where she could pursue her vendetta against Israel and support for the anti-Semitic BDS movement.


More than that, she got a pass from the same cultural forces that are canceling dissenters from the BLM mantra by being treated as an honored celebrity. Nor has that changed, since during the past two weeks she has made the rounds of the Sunday-morning talk shows, where hosts like CNN's Jake Tapper fawn on her.

The practice of shaming, shunning and silencing those with unpopular or even offensive views is antithetical to democracy and the free exchange of ideas. That is especially true when it involves actions or statements that are not actually racist.

At the same time, it says something truly ominous about our society and culture that questioning the BLM movement — even while avowing that, of course, black lives matter — can destroy a career, while endorsing anti-Semites and even engaging in Jew-hatred is not considered a big deal. We already know that the consequences of giving anti-Semites a pass can lead to horror. Apparently, those who pose as the supposedly enlightened guardians of our culture have either forgotten that or no longer care about it.

At the same time, it says something truly ominous about our society and culture that questioning the BLM movement — even while avowing that, of course, black lives matter — can destroy a career, while endorsing anti-Semites and even engaging in Jew-hatred is not considered a big deal. We already know that the consequences of giving anti-Semites a pass can lead to horror. Apparently, those who pose as the supposedly enlightened guardians of our culture have either forgotten that or no longer care about it.