The bitter irony of revolutions 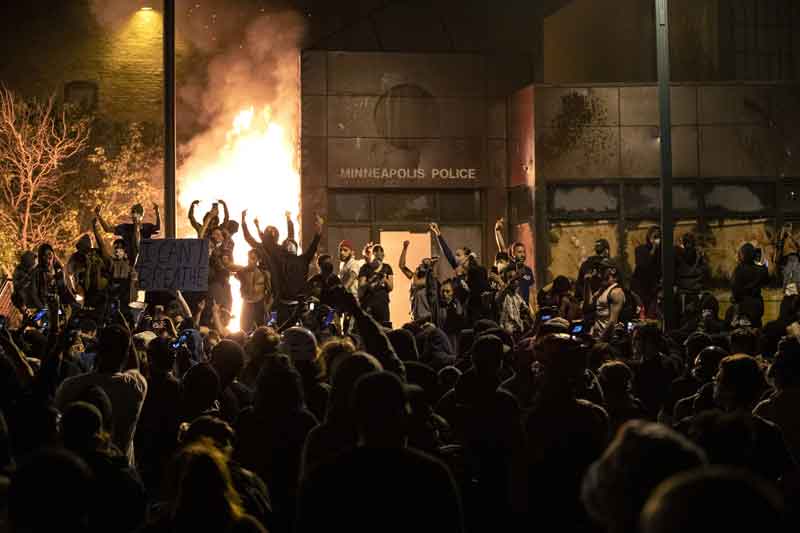 The ancient Greeks created new words like "paradox" and "irony" to describe the wide gap between what people profess and assume, and what they actually do and suffer.

Remember the blind prophet Teiresias of ancient drama. In the carnage of Athenian tragedy he alone usually ends up foreseeing danger better than did those with keen eyesight.

After a catastrophic plague and endless war, ancient democratic Athens was stripped of its majestic pretensions. Soon it was conducting mass executions — on majority votes of the people.

Throughout history, revolutions often do not end up as their initial architects planned. The idealists who ended the French monarchy in 1789 thought they could replace it with a constitutional republic.

Instead, they sparked a reign of terror, the guillotine and mass frenzy. Yet the radicals who hijacked the original revolution and began beheading their enemies soon were themselves guillotined.

It was not democracy but rather the dictator Napoleon who put an end to French domestic unrest.

He assumed more powers than had the executed Bourbon king Louis XVI, who had set off the revolution in first place.

The COVID-19 epidemic, the nationwide mass quarantine, and the massive protests, looting, rioting and arson that all followed the police killing of George Floyd have resulted in similar paradoxes.

Social distancing and mandated lockdowns for months have been the source of endless fighting between the people and their governments. Red and blue states often adopted diametrically opposite policies.

But the massive demonstrations and rioting saw hundreds of thousands of protesters jammed together and often without masks. That mass disobedience to quarantining will teach us, better than any university modeling, whether the virus spikes or is indifferent to thousands who congregate in the streets.

The lockdowns were politically weaponized during this election year. Blue states thought the sinking economy would hurt President Trump's reelection bid. Red states wanted to open up as quickly as possible to get the economy back and running before November.

Yet the mass progressive protests and violence forced an unplanned end to mass quarantining — and thereby inadvertently helped jumpstart the country back to business. Those who despise Trump may have done the most to help him.

Blue states pride themselves for their liberal governors, big-city mayors, police chiefs and state attorneys general. But progressive urban bastions like Los Angeles, New York, Minneapolis and Philadelphia are also the ground zero sites of arson, violence and looting, where racial relations are the worst.

As violence spiked, there were public and private calls to disband or vastly curtail police forces throughout California, Illinois and New York. But these were the very states where security and safety were the most unsure.

If blue city councils do manage to defund and/or dismantle their police forces, as a veto-proof majority of councilors has pledged to do in Minneapolis, they will teach Americans whether social problems, crime and urban decay are made better by the absence of their own police.

Our recent protests started out idealistically by calling attention to the racism that had allowed four Minneapolis policemen to kill George Floyd while in police custody. But that tragic killing sadly became overshadowed by protests and violence where cruel irony abounded.

Liberal New York Times senior editors were damned as sell-outs and racists for allowing free expression on their editorial pages — by their own younger woke staffers who claimed to be more ethical.

Videos appeared of children screaming in cruel fashion that their own parents were racists. Professionals took a knee to own up to their supposed racist sins — in Maoist-like mass confessionals. NPR asked listeners to decolonialize their bookshelves.

The NFL now confesses it was wrong to have asked players to stand for the National Anthem. But those very protests once sank their television ratings, turned off fans and slashed attendance.

Quarterback Drew Brees one day declares that he is disturbed when the American flag is sullied. On the next, he is shamed into apologizing for his patriotism — as if he was reprogrammed in a reeducation camp.

Zero-bail policies have released violent protesters hours after they were arrested — often to allow them to repeat the violence that got them arrested in the first place.

No matter — oblivious, the revolution only steamrolls ahead.

Women shave their heads to curb their "whiteness," by clipping off their "straight" hair, as if in some fairy tale their self-confessed white privilege disappears with their bangs.

Demands rise that colleges must spend more for racial administrators and programs as they face insolvency and faculty layoffs.

Mayors who did not protect supermarkets and discount warehouse stores from burning and looting now demand that such terrified chains do not abandon their inner cities.

As these natural and mandate catastrophes continue, we see raw human nature stripped of its pretenses. The result is tragically ironic and often not a pretty sight.