How a people self-destructs 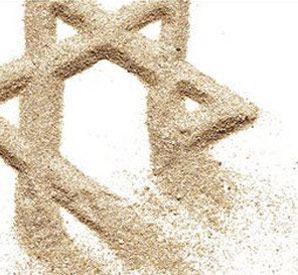 In the past month, the leaders of the Reform and Conservative movements in America have taken steps that change the basic contours of their movements.

These steps portend disaster for them and for their members.

Over the past two decades, the major disputes among and within American Jewish groups have revolved around two main issues. First, they faced the challenge of skyrocketing intermarriage and assimilation rates among non-Orthodox Jews and the concomitant dwindling of membership rates in non-Orthodox religious institutions.

Second, major American Jewish groups have had to deal with the challenge of Jewish anti-Israel groups. Some of them, like Jewish Voice for Peace, exist to serve as fig leaves for antisemites. Some, like J Street, were formed to legitimize anti-Zionism among American Jews and push mainstream Jewish groups away from their traditional support for Israel.

Over the past few weeks, the leaders of the Reform and Conservative movements have chosen to deal with these challenges by delivering their flagship institutions – and through them, their movements – into the hands of Jewish antisemites. That is, they have placed their movements on the fast track to self-destruction.

On May 14, Hebrew Union College in Los Angeles held its annual graduation ceremony. HUC, with its campuses throughout the US and Jerusalem, is the flagship institution of the Reform movement. HUC ordains Reform rabbis, cantors and professionals. Its curriculum and priorities determine the direction of the entire movement.

This year, HUC’s leadership conferred an honorary degree on novelist Michael Chabon and asked him to deliver the annual commencement address.

HUC’s decision to honor Chabon was shocking in and of itself. Chabon is an outspoken hater of Israel and Israeli Jews. His books Olives and Ash: Writers Confront the Occupation, and The Yiddish Policeman’s Union are, each in their way, major assaults on Israel’s very right to exist, not to mention on the inherent morality of its existence.

So by inviting Chabon to speak, HUC wasn’t merely inviting a “controversial” speaker – it was inviting a speaker who openly hates Israel.

At the commencement, while he laced his address with Israel hatred – and a particularly vicious abhorrence for Jews who live beyond the 1949 armistice lines – Chabon did not focus his remarks on the Jewish state.

Most of his speech was a diatribe against Judaism. Chabon began his speech with an assault on endogamous marriages. When a Jew marries a Jew, he explained, they create “a ghetto of two.”

The Jewish marriage ceremony is hateful because “it draws a circle around the married couple, inscribes them – and any eventual children who come along – within a figurative wall of tradition, custom, shared history, and a common inheritance of chromosomes and culture.”

In contrast, intermarriage “is the source of all human greatness.”

Judaism is hateful in Chabon’s views because it is all about drawing lines, distinctions and boundaries. And he thinks boundaries and lines – up to and including the separation of the heavens from the earth – are evil.

Chabon took his audience on his journey from Jew to anti-Jew and explained that it would be no tragedy at all if Judaism would disappear altogether.

In his words, “On the day that the last Jewish couple dies, after watching their children marry Hindus, Lutherans, atheists, Sunnis, Buddhists, the fault for that extinction will lie squarely with Judaism itself – and not because Judaism failed to enforce its teachings against intermarriage but because it was necessary... to have such teachings in the first place. Any religion that relies on compulsory endogamy to survive has, in my view, ceased to make the case for its continued validity in the everyday lives of human beings.”

The pinnacle of Chabon’s anti-Jewish screed to newly ordained Reform rabbis revolved around his revulsion at the Passover Seder. Insisting that the whole story of the Children of Israel’s enslavement in Egypt and subsequent liberation was a lie (“It seems pretty clear that we just made the whole damn thing up”), he explains that God is immoral because he hardened Pharaoh’s heart, “ensuring the slaughter of thousands of innocent Egyptian boys.”

And of course, Israel is the evil, modern equivalent of Pharaoh’s Egypt.

When a few Jewish writers condemned the HUC for inviting Chabon, the college’s interim president Rabbi David Ellenson and the dean of its Los Angeles campus Joshua Holo published an article where they did more than just defend having provided an antisemite with their most prestigious platform in the name of open discourse and diversity – they defended Chabon’s positions.

In their words, “Chabon… articulated deeply Jewish and Zionist commitments (not merely abstract or literary in nature, but specifically religious, communal and even tribal).”

If there was ever a better articulation of “white is black and black is white,” it’s hard to think of one.

Chabon articulated a deep desire to destroy Judaism and Zionism and replace them both with anti-Judaism and anti-Zionism, in the name of destroying the tribe, community and religion through intermarriage.

By defending Chabon’s message, and pretending it was the opposite of what it was, Ellenson and Holo adopted it as HUC’s message.

Chabon’s message is now the position of the Reform Movement.

This brings us to the Conservative movement.

Camp Ramah, whose eight-week session costs nearly $10,000 per camper, is one of the most important institutions in the Conservative movement. With nine camps throughout the United States, 9,000 campers a year and some 200,000 alumni, Camp Ramah has played an outsized role in engendering and maintaining Jewish identity, Zionism and communal attachment and commitment among young American Jews.

Aside from sports, drama and other standard summer- camp fare, campers at Ramah have daily Hebrew classes and Torah classes. The camps are kosher and keep Shabbat. Israel and Zionism have always played central roles as well in Ramah’s daily routine.

According to the JTA write-up, IfNotNow’s workshop was the brainchild of a Camp Ramah alumna. Its goal is to bring the group’s ideology into Camp Ramah.

The very fact that IfNotNow members have been hired by Ramah means that the camp – and through it, the Conservative movement – has embraced Israel hatred, and indeed, hatred of Judaism, as a legitimate position.

IfNotNow is a spin-off of J Street. It was formed during Operation Protective Edge in 2014. Its members organized violent protests outside the offices of major Jewish groups in New York and Boston demanding that they end their support for Israel and support Hamas terrorists.

The group has placed the cessation of US support for Israel among its top goals.

After Protective Edge, the group expanded its writ from disseminating hatred for the world’s biggest Jewish community to more generic hatred of all things Jewish.

In 2016, for instance, IfNotNow began presiding over Passover “Seders.”

In an extraordinary expression of contempt for the Jewish religion, the group’s “Seders” are a reification of Chabon’s antisemitic aspirations. Israelites are replaced with the Palestinians. Pharaoh is Israel.

In 2016, the group stepped into the national spotlight when one of its founders, Simone Zimmerman, was appointed to serve as Democratic primary candidate Senator Bernie Sanders’ coordinator for Jewish outreach.

Zimmerman’s appointment was short-lived. Within two days, senior Jewish officials decried her appointment, once her Facebook posts filled with vitriol and hatred for Israel and Prime Minister Binyamin Netanyahu (and Hillary Clinton) were exposed in the press.

Over the past few months, stories have trickled out about IfNotNow’s plan to bring its hatred for Israel and Judaism into the mainstream. And now, the Conservative movement has opened its front door to IfNotNow’s anti-Jewish Jewish professionals.

It is hard to overstate how disastrous are HUC’s adoption of Chabon’s antisemitism, and the Conservative movement’s welcome mat for IfNotNow. Once you allow antisemites to take root in your movement, you lose the ability to exist.

You cannot justify your right to exist because the antisemites to whom you just opened your doors are proof that you don’t mean it; they exist to destroy you, and you just accepted them as legitimate, even desired members.

When the leaders of the Reform and Conservative movements embraced Chabon’s anti-Judaism and IfNotNow’s anti-Judaism, they announced that they have not merely chosen – in the face of their existential crisis of assimilation and attrition – to self-destruct.

They have chosen to do as much damage as possible to the rest of the Jewish world as they walk themselves into extinction, secure in the warm embrace of their antisemitic ideologues.

There is one silver lining to this terrible development.

Whereas the leadership of these massive movements of non-Orthodox American Jews may have decided to embrace antisemitism and antisemites, a significant portion of their membership have no interest in joining them. Now that the Reform and Conservative movements have embraced antisemitic voices and ideals, these committed Jews are increasingly recognizing that they have no place in the movements they have belonged to all of their lives.

They are and will, in ever increasing numbers, continue to look for a new way to express and live Jewish lives.

In an interview with Makor Rishon last week, Deputy Minister Michael Oren presented a proposal to bring ten thousand non-Orthodox American Jews to Israel on aliya every year. Oren recommends that Israel provide financial and other incentives to young non-Orthodox Jews to come to Israel. Aliya, he explains, is the surest way to prevent intermarriage and assimilation. “Someone who makes aliya settles here, marries and starts a family, [and] will most likely have Jewish kids.”

Oren noted that the Reform and Conservative movements “set a goal to preserve the Jewish people, number- wise and value-wise, in light of the challenge of the modern world,” a goal they are failing to meet.

Now that these movements have abandoned this goal in favor of the morass of “miscegenation” and a reinvention of Judaism as the anti-Judaism Chabon upholds and IfNotNow embraces, it is Israel’s duty to take it on.

There are a number of explanations for the Reform and Conservative movements’ decision to destroy themselves by embracing antisemitic Jews and their messages of hatred. But understanding their decision is not the most pressing challenge that Israel and the non-Orthodox Jews of America, who do not accept this decision, face. The most urgent order of business is to minimize the damage they can cause Israel and maximize the number of American Jews who will not go down with them.