PolitiFact Is to Fact What Pravda Was to Truth 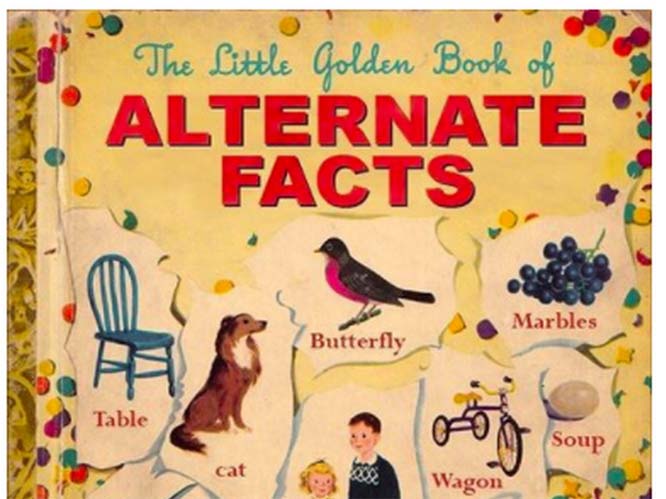 During a recent broadcast, I said that once Elon Musk takes control of Twitter, "Twitter will be flooded with hate, and a lot of it will come from people on the Left who want to show how hate-filled it is. It's like their race-hoax industry. If you see a noose on a college dorm of a black student, the odds are overwhelming that the noose was put there by a black student. If you see the N-word on a dormitory building, the odds are overwhelming that a black student actually did that. We're filled with race hoaxes."

One of the better-known self-proclaimed fact-checkers, PolitiFact, declared my claim "false."

They offered no refutation of what I said and provided no examples of nooses or the N-word on campuses perpetrated by white supremacists. Instead, they made a self-defeating argument: "Experts who track hate crimes told PolitiFact that there isn't even a nationwide data source that Prager could have used to pin down the number of incidents — real or fake — that specifically involved hanging a noose or scrawling the racist insult on college buildings or grounds."

So, if there is no such database, how could PolitiFact declare what I said "false"? At most, they could say "maybe true, maybe false."

Then they quote a man who devotes his professional life to lying about how racist America is: Brian Levin, director of the Center for the Study of Hate and Extremism at California State University, San Bernardino. "Mr. Prager is long on hyperbole and bigotry and short on facts," said Levin. "What Prager claimed 'is a lie.'"

The very fact that PolitiFact cites Levin proves how unserious PolitiFact is about pursuing truth.

PolitiFact cites FBI statistics — about "all hate crimes," not about campus nooses or N-word graffiti on dormitories, which is specifically what I spoke about. That was another dishonest ploy on PolitiFact's part. Moreover, if you look up all the examples of "hate crimes" on the FBI list, the list is completely irrelevant to what I said — it lists hate crimes regarding "gender," "gender identity," "disability," "commerce violations," "drug offenses," "gambling offenses," and many more examples of hate crimes having nothing to do with racism, let alone racism on campuses. It was fraudulent of PolitiFact to cite the FBI stats.

So, then, here are just a few examples of race hoaxes concerning graffiti and nooses on campuses over the last 15 years. If PolitiFact can show that these examples are not in fact hoaxes or, alternatively, provide an equal number of verified examples, PolitiFact's assessment of my claim may be valid. If PolitiFact cannot do so, it lied.

In 2007, Madonna G. Constantine, a psychology and education professor at Teachers College, Columbia University, claimed she found a noose at her door. ABC News described her as "a respected professor at Columbia University Teachers College... This incident is the latest in a growing number of noose incidents in the United States, since the one that punctuated the racially charged controversy in Jena, LA."

The subsequent investigation revealed that Constantine made it all up. And it also turned out that the racial controversy about a "noose incident" in Jena, Louisiana, had nothing to do with a noose.

In 2013, Oberlin College shut down classes after a series of purported hate crimes. According to The Oberlin Review... anti-black and anti-gay vandalism/"hate speech" have plagued the campus. "Whites Only" was written above a water fountain, "N——- Oven" was written inside the elevator, and "No N——-s" was written on a dormitory bathroom door. Activists implied the incidents were tied to Black History Month, as was a menacing person on campus who allegedly donned a "KKK hood and robe" near a black dormitory known as "Afrikan Heritage House."

It was all a hoax. No one wore a KKK hood and robe. It was a woman wearing a coat. Cornell University law professor William Jacobson, who tracked the Oberlin story on his blog, Legal Insurrection, said the fraudulent incidents "may be the greatest race hoax since Tawana Brawley."

In 2013, at Vassar College, messages such as "Avoid Being B——-s," "F—- N——-s," and "Hey Tranny. Know Your Place" were all a hoax carried out by the left-wing leader of the school's official "Bias Incident Response Team."

In 2013, at the University of Iowa, a black student claimed he was beaten up at a bar, prompting massive campus outrage. But police later determined the alleged victim was actually "an active participant and even an instigator" in the bar brawl.

In 2013, at Clemson University, administrators accused white students of a "hate-crime" — banana peels hanging from a tree branch — they knew was a hoax. The incident was dubbed "bananagate."

"Why are phony 'hate crimes' so common, especially on college campuses?" James Taranto asked in The Wall Street Journal on May 2, 2013. Why didn't PolitiFact, which has been around since 2007, rate Taranto?

In 2014, a University of Chicago student who claimed his Facebook page was hacked and filled with racist and violent messages against him and another student faked the attack. He was a white leftist.

In 2015, a Muslim University of Texas student claimed she was stalked and threatened by an anti-Muslim man with a gun. She later confessed she made up the incident.

In 2015, University of Delaware students discovered three "nooses" near the hall where the Black Lives Matter group had protested conservative commentator Katie Pavlich the day before. It turned out the objects were "remnants of paper lanterns" leftover from a previous event.

In 2015, a bag of poop was found on the doorstep of Vanderbilt University's Black Cultural Center. Most of the school initially believed it was put there due to racism. It turned out that a blind female student walking her dog could not find a trash can to throw away the guide dog's excrement.

In 2015, at Kean University, the person behind the "i will kill every black male and female at kean university" tweet and other similar ones was a black female activist, a former president of its Pan-African Student Union.

In 2015, at Delta College in Michigan, a social media post read, "I'm going to shoot every black person I can on campus. Starting tomorrow morning." It was posted by a black student.

In 2014, a Grand Valley State University student who found racist graffiti — "black b—— die" and "f—- black history month" — on her dorm room door's whiteboard in mid-February was the person who put it there, the Grand Valley Police Department announced.

In 2016, at Elon University in North Carolina, a scribbled "Bye Bye Latinos Hasta La Vista" after the 2016 election turned out to be written by a Latino student.

In 2016, three black SUNY-Albany students fabricated a racial hate crime. They alleged they were the targets of racial slurs and attacked by a group of white men on a bus. But video evidence and 911 audio showed the women were the instigators.

In 2016, ABC News reported that Bowling Green University "police say student lied about politically driven attack." Eleesha Long (a black student) said she was assaulted and called a racial slur, but she made the story up."

In 2016, a female Muslim Baruch College student who claimed she was assaulted on a New York subway train by "three drunk white men" shouting "Donald Trump!" was arrested for making up the whole thing.

In 2017, The College Fix chronicled 17 race hoaxes on campuses.

One example: "The University of Southern California's Department of Public Safety confirmed that the person who had adhered a sign reading 'No Black People Allowed' that featured a makeshift confederate flag and '#MAGA' on a gate of a campus residence was African American."

Another example: "Some black Air Force Academy cadets discovered racial slurs written on their dorm doors, including 'Go home n——-.'" Two months later, a black student was determined to have written the slurs.

In 2017, a black man filed a false police report about graffiti containing the N-word and a threat he painted on his own car near Kansas State University.

In 2018, The College Fix determined the student responsible for racially charged graffiti found at the University of Maryland was black.

In 2018, a threat on social media that had targeted African American students at Chesapeake High School in Maryland was written by a black student.

In 2018, a black student at Goucher College was charged with malicious destruction of property after investigators determined he was responsible for graffiti that targeted specific individuals — including himself.

In 2022, Illinois law enforcement announced that a black female student at Southern Illinois University would be charged with filing a false police report claiming she received notes saying, "DIE B——" and "BLACK PEOPLE DON'T BELONG."

PolitiFact is owned by the Poynter Institute, a left-wing organization funded in part by George Soros. The primary purpose of Poynter and PolitiFact is to malign conservatives, just as they did me. But the real punk in this story is Brian Levin, director of the hate center known by its Orwellian name, the Center for the Study of Hate and Extremism. Let him provide an equal or greater number of true examples of N-word graffiti and nooses on campuses placed by white supremacists. If he doesn't, he is lying. Which would not be surprising. As I've said all of my life, truth is a liberal value and it is a conservative value. It is not a left-wing value.