When should politicians think they're entitled to your vote? 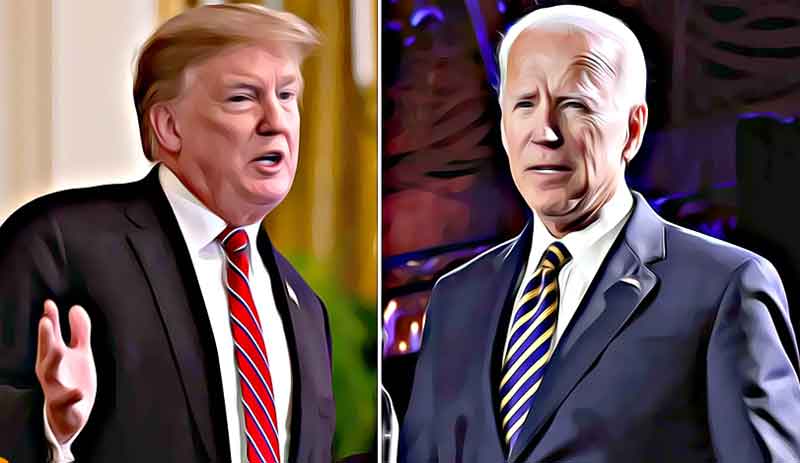 Former Vice President Joe Biden apologizes. President Donald Trump doesn't ever apologize. While both said things that can easily be construed as offensive, the thinking behind their talk about being entitled to votes from particular groups was based in something we shouldn't condemn.

As Biden learned, talking down to voters is bad, but appealing to them to support their community's interests is kosher. Or at least it is, unless you're talking about something that most Jews consider important, like the security of the State of Israel.

Biden stepped in it last week when at the conclusion of a rather testy interview with "The Breakfast Club's" host Charlamagne Tha G od, he said, "If you have a problem figuring out whether you're for me or Trump, you ain't black."

He later apologized for being "a wise guy." But his comment was widely denounced for his sense of entitlement, as well as his chutzpah in terming the million or more African-American voters who did cast ballots for Trump in 2016 — and may well do so again this year — as not being "black" enough for him.


His defenders responded by shifting the discussion to Trump. Over and above pointing out that Trump says or tweets something virtually every day that is bound to outrage somebody, the president's detractors reminded us that Trump had said something that was analogous to Biden's gaffe.

As far as some of Trump's critics were concerned, the president was promoting the anti-Semitic charge of "dual loyalty" against Jews.

While Trump's comment was inappropriate, the attempt to impute anti-Semitic motives was false. When people like Representative Ilhan Omar (D-Minn.) allege that Jews and others who support Israel are loyal to the Jewish state and not the United States, the point is to depict the pro-Israel community as somehow part of a conspiracy to manipulate the United States to act against its interests.

That's the opposite of what Trump was saying.

He sees those who oppose his stands on Israel, such as his recognition that Jerusalem was its capital after U.S. governments had refused to do so for 70 years, as undermining America's ally and hurting the one Jewish nation on the planet. Like many other politicians, Trump has been slow to pick up on the fact that Israel's security is not the No. 1 concern for the majority of Jewish voters. But there is a difference between saying it's wrong or disloyal for Jews to speak up in favor of Israel — as Omar and other anti-Semites insist — and saying that Jews ought to want the best for it.

Trump has no right to speak for Jews anymore than Biden has a right to speak for blacks. Nor do either of them have the right to act as if loyalty to their personal ambitions is necessary in order to be deemed authentically religious or ethnic.

Had Biden merely said that blacks would vote for him because he and his party were more interested in advancing the interests of their community than his opponent — or that the stands of Trump and the Republicans are bad for African-Americans — no one would have thought anything of it.

For the last 20 years, however, Democrats have been telling Jews that it is illegitimate for anyone to say that backing Israel or calling out those who aren't supportive of the Jewish state should influence their votes.

The two major parties have shifted on the issue over the last generation. A half-century ago, Democrats were the lockstep pro-Israel party and Republicans were largely divided about the merits of Zionism. Today, Republicans are virtually unanimous in being enthusiastic supporters of the Jewish state.

Meanwhile, Democrats are split about how to think about the U.S.-Israel relationship. Though many of them, including most of its congressional caucus, are still widely supportive of Israel, the ranks of critics grow louder and more numerous every year, including some of the most prominent and popular figures in the Democratic Party.


Yet Democrats have been arguing since the administration of President George W. Bush that it is wrong for Republicans to point out to Jewish voters that the GOP is a better friend to the Jewish state than the Democrats. They say that for Republicans to run on their pro-Israel records is undermining a bipartisan consensus, even though their party has been undermining it for years.

Eight years of Barack Obama seeking "daylight" between the United States and Israel, coupled with his push for appeasement of Iran, helped further push Democrats away from Israel.

The Trump administration has taken that argument to a completely different level. Under his presidency, America has become more closely aligned with Israel than ever. His stands on Jerusalem, the Golan Heights, holding the Palestinians accountable for support of terrorism and withdrawing from the 2015 Iran nuclear deal have made him the most pro-Israel president to date.

And yet, Democrats not only have opposed his policies, including some they would supported had they been undertaken by anyone but him, they think it unacceptable for Republicans to argue that pro-Israel voters should view the prospect of a revival of Obama's policies under Biden is a reason to vote for Trump.

Trump is not entitled to Jewish votes. Those who think his record on Israel isn't a sufficient reason to prefer him to Biden are free to do so without having their Jewish bona fides called into question. The same is true with respect to blacks and the question of which party best serves their interests.

But there should be an end to the disingenuous arguments made by Democrats claiming that Trump isn't allowed to ask and get Jewish support based on his historic embrace of the Jewish state.